HomeWorldMiddle EastSoleimani Smoked: Did The US Just Kill Iran’s Top Terrorist… In Iraq? 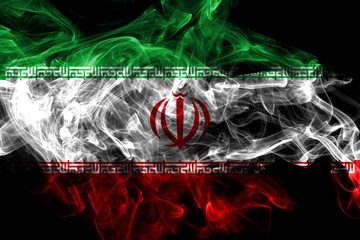 Soleimani Smoked: Did The US Just Kill Iran’s Top Terrorist… In Iraq?
by Scott Faith

When I heard that rockets impacted Baghdad International Airport earlier today, I assumed it was the latest minor skirmish in the tit-for-tat going on between the American military in Iraq, and Iran’s terrorist proxy forces.  Up to this point, the most significant development in that conflict was the attack on the US Embassy, which involved a partial occupation of the Embassy grounds by Kattaib Hezbollah fighters and their supporters, and ended when the Embassy was reinforced in dramatic fashion by US Marines.  But today’s events have an even bigger strategic significance:  the reported death of Iran’s General Qasem Soleimani.

While not a household name in America, Soleimani is well known throughout the Middle East and in Western political, military, and intelligence circles.  He was the head of Iran’s infamous Quds Force, an organization dedicated to exporting Iran’s revolution through violence and terror.  His organization, and his orders, were responsible for numerous US deaths in Iraq and around the world.  Soleimani’s position atop Iran’s Quds Force structure made him, in the minds of many analysts, Iran’s top terrorist mastermind.  It also made him a target.  And now, apparently, he’s dead, killed by Americans while he was attempting to infiltrate into Iraq. 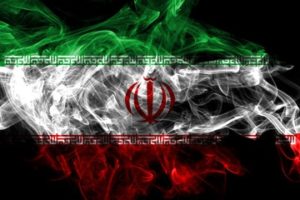 But why was Soleimani even in Iraq in the first place?  Wouldn’t he know that the Americans would just LOVE to kill him?  Well, to begin with, he was no shrinking violet.  He has a history of leading from the literal front lines in actions across the Middle East.  And he has been in Iraq several times before to serve his country’s interests.  It’s also possible that he thought he was “too big to kill” because of the inevitable reaction from Iran if anything were to happen to him.  It’s possible we will never know.

If Soleimani is in fact dead, it’s good news for the West in the long term, as it deprives Iran of “the most powerful operative in the Middle East today.”  But Soleimani is revered inside of Iran, having risen from his humble peasant roots to the head of the largest and most active terrorist-sponsoring organization in the world.  He earned his way up by battling some of Iran’s toughest foes:  Kurds, Iraqis, drug dealers, Israel, ISIS, and various militias inside Lebanon.  He is a hero to Iran, and his “martyrdom” at the hands of America will drive an intense desire for revenge, and may even help distract average Iranians from the political dissent that has been percolating in Iran for some time now.

Some people are even speculating that this might be some kind of “Archduke Ferdinand” moment for Iran, which will strengthen the current regime and plunge the region into a conflagration of violence.  What that will ultimately result will be, no one yet knows.  But it is likely that dramatic attacks against US forces in Iraq and Afghanistan, as well as against Israel.  It’s also not outside the realm of possibility that attacks against US interests at home could even be targets, either kinetically or via cyber.  Increased vigilance for the next couple of months would be a prudent move for everyone.