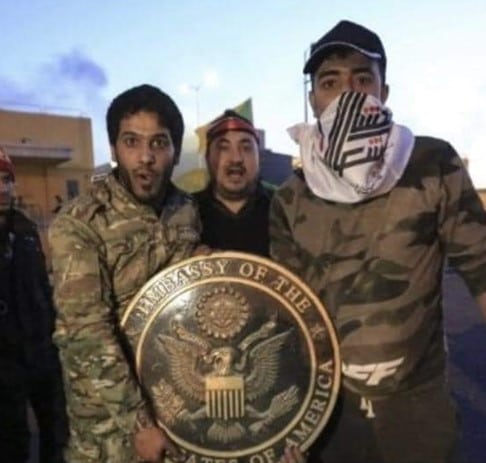 Benghazi 2.0? US Embassy in Iraq Under Attack
by Scott Faith

The US Embassy in Iraq, a sprawling, $750 million facility housing 5,500 Americans in downtown Baghdad, is under attack. Parts of the compound are in flames, armed and angry locals are roaming the grounds at will, and U.S. personnel have retreated to internally-secure locations. The situation has many Americans wondering: will this turn into “Benghazi 2.0?”

First, some background: Iran-based terror groups styling themselves as Iraqi “militias” have been lobbing mortars and rockets at U.S. forces inside Iraq for months now, and earlier this week finally succeeded in their goal of killing Americans. A U.S. contractor and two members of Iraq’s security forces were killed in a rocket barrage directed against a U.S. base in northern Iraq, spurring airstrikes against Iran-backed terrorist organization Kataib Hezbollah (KH) inside Iraq and Syria. 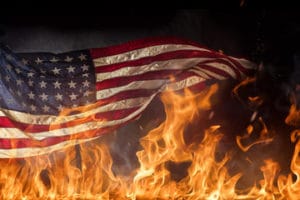 Given the deep connections between KH and Iraq’s political leadership, it was unsurprising that KH decided to attack the U.S. Embassy in retaliation.  Shouting “Death to America,” Iraqis sympathetic to (and probably members of) Kataib Hezbollah stormed the US Embassy  shortly before New Year’s Eve, setting fires, damaging property, and attempting to attack US personnel.  The situation is further complicated by KH’s role in fighting ISIS as a militia which, according to Iraq’s prime minister, is “under the umbrella of Iraq’s security forces.”

The situation has many Americans worried about this potentially becoming a sequel to the debacle at the US Consulate in Benghazi, Libya, which resulted in the deaths of several Americans, including the Ambassador.

While both attacks were carried out by Islamic extremist groups, against diplomatic personnel on sovereign U.S. territory, that’s where the similarities end. Currently, there have been no U.S. deaths reported. The Ambassador, and as far as I can tell the entire U.S. staff, is alive and (relatively) safe. And, unlike the controversial order to stand down reinforcements lined up to go into Benghazi, the order to reinforce the Baghdad mission was already given. A hundred U.S. Marines and 2 Apache attack helicopters are either en route or already on the ground, and while not using the exact words, the U.S. President has made it clear that this will, in fact, not be Benghazi 2.0: 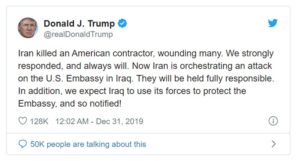 It will be interesting to see how this turns out. KH has two goals in attacking the U.S. Embassy. The first is to embarrass America and kill as many U.S. persons as possible. The second goal is to get as many of their OWN people killed, in order to have martyrs to inflame their constituencies and sympathizers, and to pressure the government of Iraq to expel U.S. personnel. 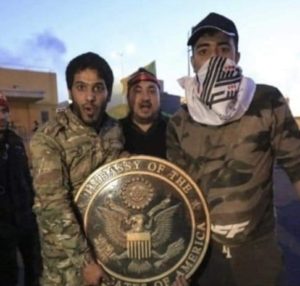 Whatever the case, it is my sincere hope that U.S. personnel and interests are protected, and that this does not become another Benghazi.