HomeNational SecurityDefenseISIS Takes Ramadi Dam, Did We Lose The War? 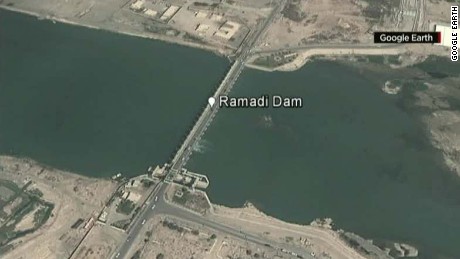 In a move that will have repercussions for Iraq in the short term, and quite possibly in the long term, the Islamic State took control of the Ramadi Dam in the Anbar Province of Iraq and only allows enough water through to keep their side from flooding.

Control of the dam allows them to cross the Euphrates in more places, increasing the Iraqi security problem. This action puts a potent blackmail option to those downstream.

The situation is so bad that one official recommended blowing the dam with a bombing strike.

It is the first stages of summer, but low water will be an issue. The water that is being allowed out is going into Habbaniya Lake. The Iraqi government opened the dam on the lake to channel the water back into the Euphrates, but that solution is expected to be effective for only a matter of days. 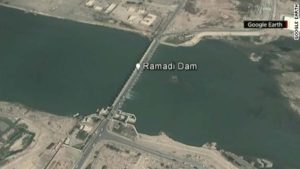 The dry season and high temperatures are closing in. Water is life in the desert. The Islamic State tried this before at the Mosul Dam. They were rebuffed only after a concerted effort between Kurdish Peshmerga and a sustained air campaign.

The Iraqis have demonstrated that they don’t have the skill or the will to take the dam back or they would not have lost it in the first place. Now they face the possibility of the canals running dry and major cities running out of water.

Blowing the dam would provide water, but would lose the control that they had over flooding.

The only solution to the problem? Take the dam back. However, with an estimated several hundred to several thousand IS fighters in the city, it is doubtful that the Iraqis could take the dam back.

This situation has the potential to undermine the government completely and force the citizens to the south to surrender or to die. It only takes a few days to die of thirst. June begins the hottest months of the year in Iraq. Having been there twice, that heat is no joke.

The green in Iraq, what there is of it, exists between the Tigris and the Euphrates Rivers. Cut the flow of those rivers and the immediate problems will require either a shift north and west to get water from the Tigris, or evacuation to Kuwait or Saudi Arabia.

Those are the immediate consequences. Rising cost of water transport as it has to be moved, opening canals on the Tigris to water areas that should have been watered by the Euphrates will reduce the available water for the entire south.

If they keep it going long enough and it could well damage the agriculture for the next year by rendering the crappy soil worse and causing the mass migration of the populous.

Or the South could simply fall to the Islamic State without another shot being fired. IS already has the only weapon they need to control all life in Southern Iraq, the question is, what happens next?