HomeCultureMilitaryWe Are Back At War in Iraq

With the news that US aircraft are attacking terrorist targets in northern Iraq, closely followed by the revelation that more than a hundred Special Operations “advisers” are on the ground in Kurdistan, it’s clear that the US military is back at war in Iraq. 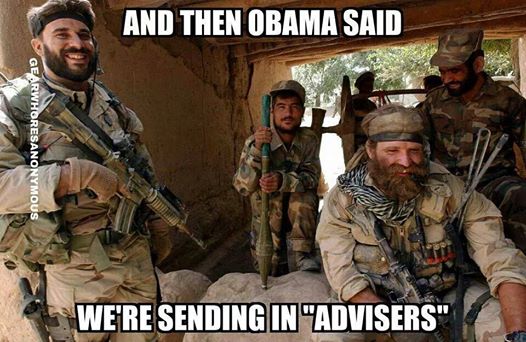 Back in June, I wrote an article called “Back to Iraq:  ‘Put Me Back In, Coach’ or ‘Let it Burn,’” in which I outlined the major arguments for and against resuming US combat operations in Iraq, and suggested “put me back in, coach” was preferable to doing nothing.

At the time, most of our readers seemed to support US military action in Iraq.  But in some of the emails we received, as well as in the comments section both here on Havok Journal and at our brother site, Ranger Up’s Rhino Den, others pooh-poohed the Islamic State’s ambitions to establish an Islamic caliphate and underestimated both their capabilities and their resolve.

Nobody is underestimating them now.

At least, no one SHOULD be underestimating ISIS/ISIL/IS/whatever they are calling their movement these days.  But some people are demonstrating seemingly willful ignorance to the threat.

In a Facebook conversation that was forwarded to me, one veteran opined, “(ISIS is) no threat to us, they don’t even have a boat.”  That was absolutely one of the most asinine things I’ve heard in a long time, especially coming from a veteran, who by definition should know better.  As pointed out by another participant in the conversation, on 9/11 Al Qaeda didn’t have a boat either.  In fact, they were largely consigned to Afghanistan, a completely landlocked country.  But they did have access to airplanes.  And they had a plan.

Don’t ever confuse lack of sophistication with lack of threat.  What ISIS might lack in intellectual capacity (and if other Islamic organizations such as Al Qaeda are an example, their leadership is not at all lacking in the intellect department), they more than make up for through patience, perseverance, sheer animal cunning, and most of all, the failure of Western masses to recognize—and more importantly, have the fortitude to deal with—the threat that they pose.

Part of the problem seems to be an administration obsessed with forcing out anyone who appears to deviate from the “it’s all wine and roses” party line when it comes to dealing with complex international affairs.  As a nation we’ve been hemorrhaging our best strategic-level military thinkers since at least 2010, if not sooner.  Before too much longer we’re going to be left with “leaders” who think that naked aggression can be effectively dealt with by simply using a Twitter campaign or “unbelievably small” military action.  When we get to that point, God help us all. 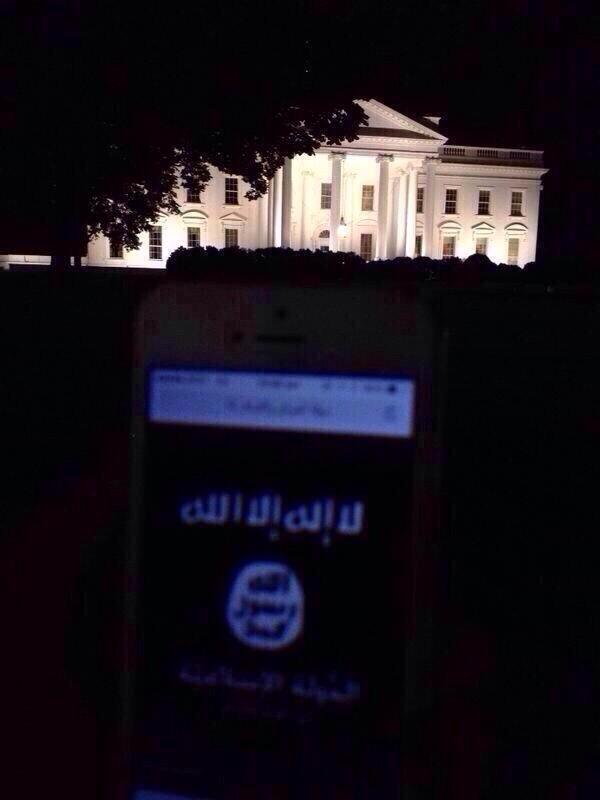 When engaged against a large, durable, motivated, and well-equipped enemy, there should never be an “unbelievably small” US military response.  Especially when it comes to dealing with ISIS, which is now armed with sophisticated American military equipment courtesy of the feckless Iraqi Army, it’s time to paraphrase Winston Churchill and make the rubble bounce.  Ending the threat once and for all is the only acceptable outcome when US lives, civilian *OR* military, are at stake.  Otherwise, you’re just signing us up for another decade-plus war that less than 1% of Americans end up fighting and we never end up winning.

Short of drawing a picture, I can’t conceive how I can make it any plainer to everyone reading this that ISIS has both the capability and intent to harm the US.  I’m not talking about US interests, I’m talking about the US.  Our economy.  Our territory.  Our citizens.  The UK recognizes the threat too, which is why their SAS is back in action in Iraq too, even though their original mission there formally ended even before ours did.

ISIS doesn’t fear an attack from the US.  They WANT it to happen.  They’re even calling us out about it.  I think it’s high time we give it to them.  I’m not suggesting we risk US lives for the Iraqis or the Syrians or the Yazidis or the Kurds or anyone else.  ISIS is a threat TO AMERICA.  It’s time for America to step up and deal with it.

I don’t know what outfit the US advisers in Kurdistan are from, what their capabilities are, or what their mission is, and I wouldn’t talk about any of that even if I did.  I do know that if I were in Kurdistan right now, my speech to the Pesh Merga would be short and direct:  “I’m an adviser from the US Special Operations Command.  I ‘advise’ you to follow me while we systematically destroy ISIS and simultaneously end the threat to both your homeland and mine.  Game on, bitches.”

Put me back in coach, I’m ready for Round Two.