HomeWorldUpdates: What You Need To Know About The Terror Attack in Munich, Germany 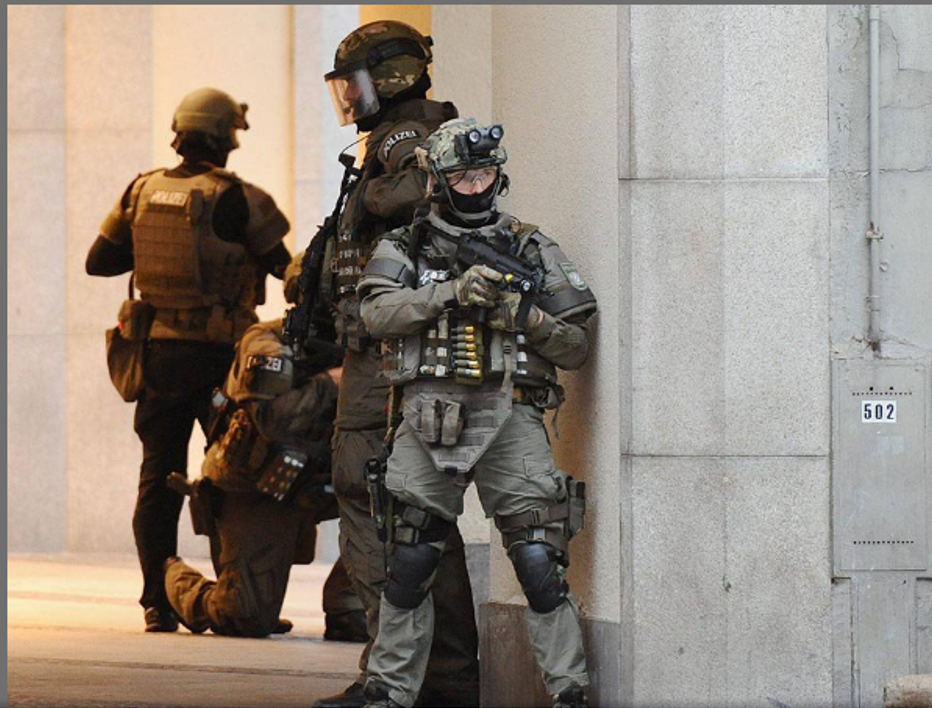 Already reeling from a terrorist attack just days ago in which a 17-year-old Afghan man armed with an axe attacked several people on a moving train as well as a woman walking her dog on the street, Germany faced another terrorist-related crisis on Friday.

Initial reports indicated around 30 people have been killed or wounded during an attack at a shopping center.  The gunman, who police say shot himself after the attack, reportedly targeted children and is believed to have acted alone.  Police are investigating how the young man secured a Glock handgun and a stockpile of ammunition in a country with some of the most restrictive gun laws in Europe.  Police are also checking into reports that the attacker posted a fake “free food” message to lure youngsters to the McDonald’s restaurant near where the shootings took place.

The perpetrator of this latest attack against Germany was, rather inexplicably, originally alleged to be affiliated with neo-Nazis.  However it now appears that the perpetrator was an 18-year-old German-Iranian named Ali Sonboli who shouted “I am a German” and “Allah Akbar” during his rampage.  Authorities were quick to downplay any link to terror group ISIS, but instead speculate that the shooter may have been inspired by Anders Breivik, a far-right terrorist who murdered nearly 80 people in bomb and gun attacks in Norway in 2011.

Lauretta said she heard the gunman say, “Allahu Akbar,” or “God is great” in Arabic. “I know this because I’m Muslim. I hear this and I only cry.”  Huseyin Bayri, a witness of the shooting, said he heard the attacker screaming out that he will kill “foreigners.”

In addition to the terrible physical and emotional damage inflicted on the victims and their families, this latest attack may further politically damage German president Angela Merkel and her “open door” immigration policy.  Merkel was already under fire for the economic, political, and social damage wrought by allowing large masses of unassimilated foreigners into Europe, a decision that contributed to the Brexit.  And in addition to the recent incident on the train involving a young immigrant, last month German police foiled an alleged plot by Syrian immigrants who sought to attack the German city of Dusseldorf with guns and suicide vests. ISIS has named Germany as a desired target, and more attacks may be in the offing.

This article will be updated as the facts of this situation emerge in the coming days.