HomeReligionWe Came and Left as Strangers 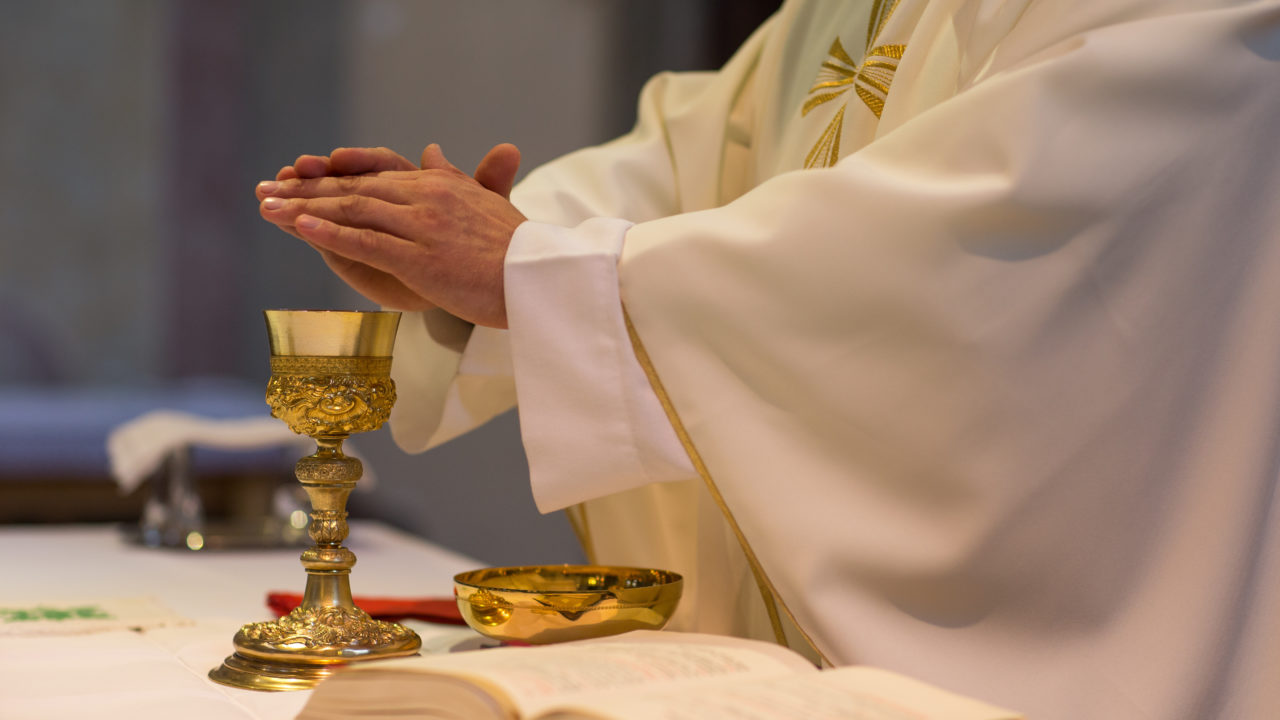 This first appeared in Frank’s blog on November 11, 2018, as “Latin.” It is republished here with the author’s permission.

Our Lady of Clear Creek Abbey is a strict Benedictine monastery tucked away in the Ozark hills of eastern Oklahoma. The abbey was founded in 1999 and currently hosts about fifty monks (there are also a few nuns who live separately). These monks are very strict concerning silence and remaining separate from the secular world. To say that this monastic community is conservative would be a gross understatement. On their website, the monks proudly show pictures from the visit of Cardinal Raymond Burke. To those unfamiliar with Cardinal Burke, he is fiercely antagonistic to Pope Francis, and he would gladly return the Catholic Church to the days prior to Vatican II.

Karin and I stayed at the abbey.

We were returning home from our visit with our son, Hans, in Texas. We make a habit of staying at Catholic retreat houses and/or monasteries when we make a road trip. We had never been to Clear Creek before, and it sounded interesting. After viewing their website, we were a bit leery of how we would be treated by the monks. These folks are pretty hard core, especially with regards to their interactions with women. We planned on being at the monastery for only two nights and a day, so even if things were unpleasant, we weren’t stuck there.

Karin and I timed our drive to arrive at the monastery before sundown. These places tend to be far off of the beaten path, and they can be difficult to find in the dark. Clear Creek was no exception to that. We went down some paved country roads outside of Hulbert that eventually turned into dirt roads. It became very rustic very quickly. We found the retreat house as the twilight deepened. It was a welcome sight.

The guest master, Father Bachman, had us stay in St. Martha’s House because we were a family. Men can stay with the monks, and I assume that single women can stay with the nuns. Couples, with or without kids, have to stay by themselves. Also, couples are only allowed to participate in certain prayer services with the monks. It seems a little strict, but then it’s their home, so we had to follow their rules.

St Martha’s is really a gorgeous house. It’s a huge log cabin, able to accommodate up to eighteen guests. There is a living room with a vaulted ceiling, a large kitchen, two bathrooms, and eighteen beds. The house also has a washer and dryer. The logs that serve as beams are massive. There is wood paneling wherever the logs are not. Wood everywhere. The lumber in the house is all stained a maple color; kind of a golden brown, like that of a perfect french fry. It’s a warm color, and very welcoming. There are large overhangs that come off of the roof. These overhangs make the interior unusually dark. I suppose that is a good thing in July, but in November it feels rather dreary. In any case, Karin and I had this entire house to ourselves.

We cooked our own supper. We weren’t allowed to eat with the monks (well, Karin wasn’t). After that, I went outside to look at the stars. It was dark, seriously dark. I love to gaze into the sky when it’s like that. It was hard for me to pick out the constellations because they looked unfamiliar to me. Too many stars.

Karin and I went to Mass at the oratory the next morning. The monks have a Low Mass at 7:00 AM, and then a High Mass at 10:30. Both of the Masses are in Latin. The main difference seems to be that the monks chant the prayers during the High Mass. In the Low Mass, the priest just says the prayers. Karin and I found the Low Mass to be an underwhelming experience. Being that it was a traditional, pre-Vatican II liturgy, the priest stood at the altar facing away from the congregation. He spoke softly, muttering the Latin prayers to himself. Karin and I, along with the few other members of the laity in attendance, were merely observers. We didn’t participate at all, except when it was time to receive communion. Basically, we were just there for the show, and it wasn’t a particularly good show. Both Karin and I suddenly felt grateful for the Vatican II changes to the liturgy. We could follow the parts of the traditional Mass, but we felt totally excluded from the service. We were superfluous to the entire worship process.

The monks celebrate the High Mass in the large church next to their cloister. The church is not yet completed. It is built in a Romanesque style, with a lot of brick, and with small, high windows. Since the structure is not yet finished, a person can see parts of the church’s skeleton, wooden rafters, and steel frames. The interior is austere, almost empty. There are pews, but they look like they were used in another church. They give the impression of being temporary.

The monks gathered into their choir stalls and they first prayed Terce. Then they started the High Mass. The priest and his assistants were in white robes. All of the other monks wore black.

In all honesty, the High Mass was extraordinarily beautiful. The Gregorian chant echoed in the vault of the church. The ritual was executed with all of its precise movements. The space was filled with the smell of the beeswax candles and the incense. The liturgy affected our senses in various ways, and it also touched our hearts.

It occurred to me, as I watched the flow of the Mass, that I was seeing something that I could have seen a thousand years ago. The priests and the monks were doing exactly what their predecessors had done in the Middle Ages. The language was the same, as was the ritual. To me, the scene was both familiar and alien. There was a direct connection between these men and their counterparts in medieval France. This Mass transcended time and space, and it was truly profound.

It still troubled me that I was only there as an observer. The monks and priests were the only human participants in the divine worship. Karin and I were excluded, and somehow that hurt. The Mass is supposed to be about communion, not separation. I respect tradition, and I admire those who are loyal to it. I can understand how this Latin Mass allows these modern monks to feel connected with all those who went before them. They have a centuries-old sense of continuity, something that is almost unknown in our world. However, that is something that Karin and I can never be part of. We came to the monastery as strangers and we left as such. I feel sad about that.