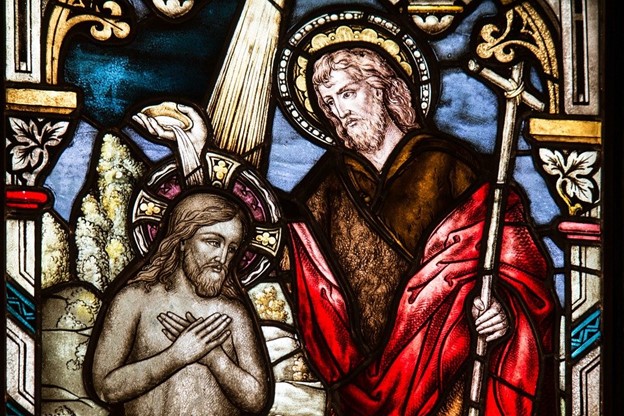 “One nation, under God.” That is a beautiful reminder that many Americans believe in a divine; the problem with that statement is that it is inclusive to one group, and it reminds Americans that their beloved country was founded on supposedly “Christian” values. And for many Americans, the reminder of how “Christian” humans colonized, dehumanized and alienized anyone they deemed as “other” is a painful reminder.

I understand the reactions of others when I tell them I am a Christian. I have similar reactions when others share that they are of the Christian faith. I feel myself immediately tense up. Feelings of inadequacy bubble up in me, and I become worried that I will be perceived as “not enough,” as a bad person. I feel judged.

I kind of wish I could walk around with a joint in my hand, and when people share their Christian identity with me, I could light the joint, breath in a deep puff of its earthy scent, and then say, “me too,” while passing them the joint.

Instead, my reaction is one of… repulsion. I feel sick just being close to someone who is so holy and righteous, or at least someone who views themselves as such.

Christian culture, and the culture surrounding many Christian churches, has been one of exclusion. Those in the Christian faith deem who is holy enough, or good enough, to attend their church and to receive God’s love and grace.

This Christian organization spent its money to stop people from getting married. They were scared. Same-sex marriage was challenging the culture surrounding their Christian identity. They were so fearful of this that they used their money to support a law banning same-sex marriage rather than using that same money to help people, such as those in poverty, those diagnosed with terminal illnesses, or those fighting for their human rights (HA).

The people behind these organizations are humans. Humans with the need for grace, acceptance, and most importantly, love. And these humans have been taught from interpretations of the Bible that they are doing God’s work.

Once you bring a divine essence into decisions, there is much room for fear and other overwhelming feelings. God ordered this, so it must be good, right? I will be sinning against him if I do not do exactly as my church says I should. My church leaders are the experts.

Do you know who else were considered experts? The Pharisees. They were the religious leaders of Jesus’ time. And if you know anything about the 4 gospels, Matthew, Mark, Luke, and John, the books that documented Jesus’—the divine in flesh and blood—life, you are likely aware that the Pharisees made Jesus angry. A lot. Matthew 23 is basically a whole speech of Jesus calling out the Pharisees, noting their hypocritic ways: “Woe to you, teachers of the law … You give a tenth of your spices … But you have neglected the more important matters of the law—justice, mercy, and faithfulness. You should have practiced the latter, without neglecting the former … You strain out a gnat but swallow a camel” (Matthew 23-24 NIV).

Based on this verse, how do you think Jesus would feel about using the church’s money to ban same-sex marriage?

Throughout history, people have corrupted Christianity, using it to promote hate and exclusion. From 1000-1492 AD, the Pope used his power to mislead followers of Jesus, offering forgiveness for past sins to anyone who participated in the Crusades, and stating eternal life in heaven was waiting for anyone who died while fighting for their cause, according to BBC.

Slavery in early America was encouraged because there were slaves in the Bible, completely dismissing the fact that God went to extreme lengths to free the Hebrew slaves from the Egyptians (see Exodus). Religion has been an excuse for oppression towards women despite that Jesus’ bills were paid by women.

Are there times in the Bible when the message is not solely about grace? From a human perspective, yes. The Bible was written by people. Humans. As Rob Bell says in his book, What Is the Bible, the forty authors who contributed to the Bible were “Real people, writing in real places, at real times, choosing to include some material, choosing to leave out other material … they were selecting and editing and choosing and making decisions.”

I am not sure about you, but if I were tasked with writing information about the divine, despite my best intentions, I would probably get some things wrong. Because I am human. I have cultural and personal biases. I may have the holy spirit in me, and I may try my best to embody the love and grace Jesus did, but I cannot escape my humanness. That is why it is so important, when reading the Bible, to look at the overarching ideas. To consider context and historical timelines. There are many radical and progressive views in the Bible, specifically for the time in which it was written.

The Bible is a story of humans’ discovery of the true divine and the divine’s true purpose for humans, and a huge overarching theme in the Bible is acceptance, love, and belonging for all. Everything relentlessly circles back to empathy and love: “There is neither Jew nor Greek, there is neither slave nor free, there is no male and female, for you are all one in Christ Jesus” (Galatians 3:28); “Learn to do good; seek justice, correct oppression; bring justice to the fatherless, plead the widow’s cause” (Isaiah 1: 17); “A righteous man knows the rights of the poor; a wicked man does not understand such knowledge (Proverbs 29: 7); “show kindness and mercy to one another” (Zechariah 7: 9).

Jesus was the embodiment of grace and divine love. He stood up for a woman who was condemned to a stoning because she slept with a man outside of marriage (John 7: 53-8: 11). He loved and gave compassion to a Samaritan woman who had been married five times and who was currently sleeping with a man who was not her husband (the words “Samaritan woman” are important to note as these were both identities of the oppressed) (John 4: 1-42). Documentation of Jesus healing 10 people with Leprosy is found in Luke 17: 11-19. Not only were those with leprosy considered unclean and avoided by religious leaders, many of those Jesus healed were also Samaritans, and this additionally meant they were outsiders, or “others,” to the Jews.

The people Jesus surrounded himself with were humans: humans that many Christians today would label as unworthy of receiving God’s love. Jesus hung out with the prostitutes, the foreigners, the homeless, the needy, and the crippled. He hung out with tax collectors and with Samaritans and women. He surrounded himself with those who were oppressed; he helped them, he healed them, and he called out those who condemned them. If that is what Jesus did, isn’t that what those in the Christian faith should also be doing?

Jesus says in John 15: 12: “My command is this: Love each other as I have loved you.” From one Christian to another, I urge you to do this: I urge you to look at yourself, and to look at your church, and to evaluate these things. Are you a person Jesus would call a hypocrite? Is your church one that would anger Jesus, or is it one that anyone can attend to experience Jesus’ overwhelming love, acceptance, and grace?

It is not our place to deem who is worthy of God’s love, and it is not our duty to exclude people from hearing about Jesus.

It is our duty, however, to spread love and to stand up for those who are oppressed. Remember those rubber bracelets we used to wear as kids that read, “what would Jesus do?” I almost cringe thinking about those, but in our everyday lives, that is the question we, as proponents of Jesus, should be asking ourselves. And if the answer is, “not this,” maybe you should consider reworking your ideas of what it means to have the identity, “Christian.”

Autumn is a recent graduate in English-Literature and lives in Colorado Springs. During her personal time, Autumn likes hanging out with her super handsome horse, Red, and all the other 4-legged creatures in her life. Autumn is a fan of tall trees, forests, and all the wild and untamed parts of nature. She loves reading, researching, listening to others, and gaining as much insight into the physical and spiritual world as she can.

Autumn knows life can be hella hard, but she also thinks it is astonishing, amazing, complex, and fascinating. She hopes to be ever-growing and evolving, and she does her best to remain open to new perspectives, insights, or opinions that challenge her own. She would love to hear your personal stories and why one of her own articles resonated (or didn’t) with you. Autumn writes mostly about philosophy and mental health but loves to explore all topics. She can be reached at havokjournal@havokmedia.com.