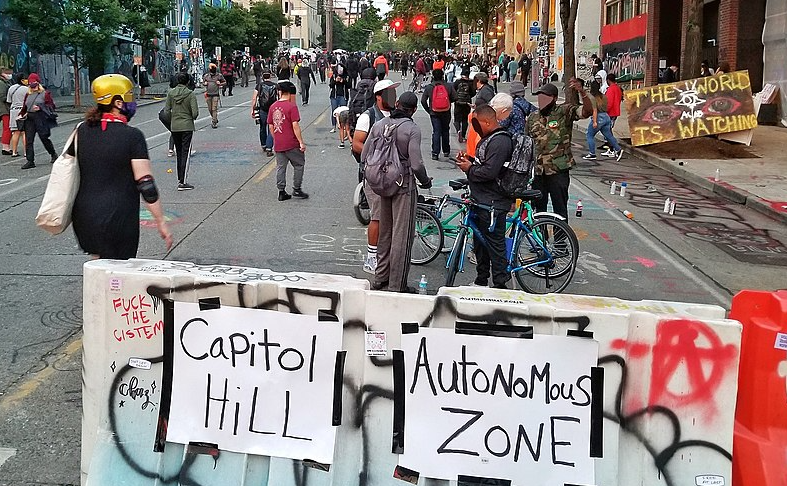 Sub-national identities generally emerge from diverse ethnic, religious, cultural, and language social groups within a nation-state. Sub-national identities tend to be in the minority or an out-group but do not necessarily restrict them from a position of power or influence, such as Saddam Hussein’s Sunni-Baathist regime and the Pro-British Protestants in Northern Ireland. Ideology plays a prominent role in forming sub-national identity and fringe elements of a dominant political, religious, or cultural group can become a sub-national identity. The best example is the “Three Percenter” militias, sovereign citizens, and other far-right nationalist movements that take American pride and Constitutional conservatism to radical and extremist levels (Loeser 2015).

The abovementioned movements are often associated with or become embroiled in bigoted and divisive rhetoric and activities, including hate crimes and racially motivated violence targeting ethnic sub-national groups. Military members and veterans become involved in far-right or nationalist movements with growing frequency stemming from their time in the service, where the government entrusted them with the protection of their nation-state from enemies, both foreign and domestic. The sense of duty and obligation to defend their nation from perceived threats can lead to targeting of sub-national groups over social identity conflicts, lack of or resistance to assimilation, and propagation of societal changes (Simi, Bubolz, and Hardman 2013). As stated earlier, ethnic, cultural, religious, ideological, and even language divergences can lead to the creation of sub-national identities and in-group/out-group conflicts over those differences within the population of a nation-state.

The U.S. is probably one of the best examples for case study analysis regarding sub-national identity movements as there has always been some form of in-group/out-group internal strife since its founding as a nation. For example, Tory Loyalists sided with the British Crown against Colonial Revolutionists, Northern Union forces against Southern Confederate Rebels, and contemporarily Leftist Progressives versus Right-Wing Nationalists. As stated in the previous section, ideological differences cultivate and drive many of the sub-national identities and subsequent conflict within the U.S., and in modern history is delineated by Left and Right.

Right-wing extremism, which usually manifests in militias and sovereign citizen groups or white supremacists, is the most studied and deemed the greatest threat because of past activities, including bombings of federal buildings, attacks on law enforcement, and racially motivated hate crimes (Murer 2011). The Right-Wing ideology tends to be centered heavily on Constitutional provisions, nationalism, and tax protesters. However, because of economic disparities and other government-imposed social justice programs, bigotry and racism have firmly inserted themselves into a large swath of the movement (Baysinger 2006; Piazza 2017).

White supremacy within right-wing extremist groups has been further fueled by increased the threat of global terrorism, specifically radical Islam, increased immigration from the developing world, an expanded welfare state, and rising urban crime statistics. Again, military members are particularly vulnerable to recruitment because of their duty to protect their state from all perceived threats. In addition, they often become disenfranchised when the populace and government appear to dishonor their sacrifices and undermine their efforts (Simi, Bubolz, and Hardman 2013).

The Bundys and “Boogaloo Bois” are two of the most recent Right-Wing groups that have drawn the attention of U.S. authorities and public officials and elicited mitigation campaigns. The Bundys were self-proclaimed sovereign citizens that twice mobilized large militia movements in defense of their ideological principles and engaged in prolonged standoffs with federal agents. However, they were largely non-violent (Johnson 2018). The Boogaloo movement is a much more complex situation where they describe themselves as largely Libertarian or slightly right of center and not truly right-wing (Evans and Wilson 2020).

What started as an online joke rapidly evolved into a full-fledged ideological movement with a massive following where members arrived at protests and other civil disobedience functions dressed in Hawaiian shirts and body armor and carrying firearms (Goggin and Greenspan 2020). Politicians and the media quickly demonized the  Boogaloo movement and labeled them as right-wing extremists because of some of their ideological principles. These perceptions became exacerbated when some fringe elements with white supremacist or other extremist affiliations planned or conducted attacks on law enforcement officers and federal agents and facilities (Newhouse and Gunesch 2020). Facebook, Twitter, and other social media outlets opted to quickly shut down the Boogaloo movement’s primary method of communication and organizing based on the fears of right-wing extremism and the apparent calls to initiate a second Civil War.

Over the last decade, however, there has been a dramatic increase in the violence and civil disorder by Leftist and Black Identity extremists that is dangerously akin to domestic terrorism. Black Bloc groups like Antifa and Occupy have engaged in prolonged acts of violence. These activities often support Black Identity Extremists like NFAC Not [Expletive] Around Coalition, and the radical fringe elements of the Black Lives Matter movement, terrorizing communities and laying siege to police and federal facilities and personnel (Kirsch 2020; Sacco 2020).

Like the Bundy standoff, Leftists have taken over large areas within urban centers and, in the most recent case, held on to several city blocks within Seattle and dubbed it an “autonomous zone” (Elfrink, Iati, and Hawkins 2020). Also similar to traditional right-wing extremism and Third Wave Leftist terrorism, these neoteric domestic terrorist groups have begun targeting law enforcement and federal personnel and facilities, leaving numerous officers dead. Examples of this were the 2016 Dallas and 2017 Baton Rouge BLM ambushes and the hundred-day siege in Portland.

In closing, the U.S. has had a sub-national identity conflict since its inception and is rooted in ideological differences. Right-wing extremism has been the prevailing sub-national threat primarily due to its associations with racially motivated hate crimes and violent anti-government activities. However, contemporarily right-wing extremism is taking a backseat to the rising threat of Leftist and ethnic-identity extremism that employs many of the same tactics and directs their attacks on similar targets while using the same anti-government and racially charged rhetoric.

Murer, Jeffery. 2011. “Security, Identity, and the Discourse of Conflation in Far-Right Violence.” Journal of Terrorism Research, 2(2).

Newhouse, Alex, and Nate Gunesch. 2020. “The Boogaloo Movement Wants to Be Seen as Anti-Racist, But It Has a White Supremacist Fringe.” Middlebury Institute of International Studies at Monterey. Last modified June 1, 2020. https://www.middlebury.edu/institute/academics/centers-initiatives/ctec/ctec-publications-0/boogaloo-movement-wants-be-seen-anti-racist.

Piazza, James A. 2017. “The Determinants of Domestic Right-Wing Terrorism in the USA: Economic Grievance, Societal Change, and Political Resentment.” Conflict Management and Peace Science 34, no. 1 (January 2017): 52–80.