HomeCultureNational Identity Crisis in the Gulf States? A Puzzle for the Future 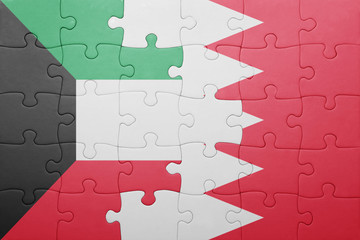 During that same period, there was an oil boom beginning in the early 1970s.[1]  The combination of these small, independent states and an influx of state capital essentially gave the states a “monopoly of violence, administrative apparatuses and expanding infrastructural power, market building, state-society relations, and consolidation on national identities.”[2]

In the process of this metamorphosis, many tribes, communities, and individuals transitioned from a lifestyle of rugged, self-sufficiency to almost absolute state dependence, where almost every aspect of their lives is either handed to them by the state, managed by the state, or directly manipulated by the state.

The government, more specifically the royal families of many Gulf States, has become almost an absolute clearinghouse for state-building. They control the government, security forces, intelligence apparatus, most aspects of business and the economy, and even school education and the media.[3]

In doing so, they have managed to consolidate and centralize much of the power, wealth, and influence in the hands of the ruling families and a small portion of their society. They have done this, at least in part, because of the paranoia which exists in their culture because of the historical turnover of control and used their state control to insulate themselves from coups or revolutions.

Meanwhile, the decentralized and self-sufficient tribal lifestyle of many of the Gulf State citizens has largely either become endangered or extinct. The states have found ways to marginalize or breakdown the former tribal “social elites” known locally as shaykhs, or village leaders/elders.[4]

They do this through a process that begins with a first step called “encapsulation.” Here the state uses their wealth from oil to first take these local community leaders and endow them with the ability to “make state infrastructure and resources – health care, loans, vehicles, agricultural extension services, etc. – available for their community or its individual members.”[5] However, the problem is, these leaders are eventually phased out and the traditional elites are usurped when the state begins delivering these services directly to the outlying citizenry, even in rural areas. 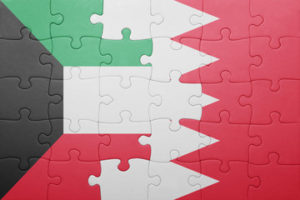 As a result, the informal tribal leadership, which once held their tribes and communities together in the anarchical society existing prior to the oil boom and strong centralized state, have been pushed out or evaporated, and replaced with government subsidies.[6]

The concern with their approach to governance and future sustainability revolves around two questions: how have these small Gulf States built national identities and how can they be sustained? The answer to these questions, while in the short run seems to be working quite well, points to a future rife with conflict, social friction, and potential revolution.

When economic times get tough, oil no longer becomes a chief source of income, and fossil fuel dependency dwindles with the ongoing search for alternative energy sources, I suspect soccer jerseys with government-owned airlines, naturalized Olympic medalists, or poetic sonnet will fail to hold the fabric of their society together.

In addition to the lack of a true national identity forged in the face of a common enemy, endured, shared hardship, or facing down an existential threat, the massive amounts of expatriates these countries bring in to work many of the menial, private jobs the citizens of the state largely do not perform also threaten to alter the culture.

Because of the ubiquitous expatriates in urban centers, the traditional culture of the states, which the royal class has fought to preserve as a form of folklore and national identity, is being deeply influenced by the dress, behavior, openness, and other social contributions the expatriates are bringing to the streets of everyday Gulf citizens. To counter this, governments such as in the UAE, have worked to shape national identities amongst their citizenry through social programs such as summer camps, festivals, and media campaigns.[7]

In the absence of wars of independence and government controlled by royal families, it is doubtful the desire to revert to tribal identities has not been completely thwarted. However, one thing that has largely been extinguished as a result of modern states built on distribution rather than extraction is the self-sufficiency that resided amongst the local populace away from the urban centers only a few generations ago.

Although this dependency may not be a colossal concern of the royal families in the near term, further down the road, to maintain order and stability, they will likely need to seek to transition their government into state-building focused more on bottom-up changes coming from non-ruling classes or face a crisis.

For now, oil is the lubrication making the government strong and society compliant. But as viscosity sets in with reduced oil revenue in the future, the concern should be how the population reacts to a central government that lacks the capacity to deliver the subsidies they once enjoyed and face an economy and education system that leaves them ill-prepared should they seek to revert back to their historical, tribal identities.

Of course for our own national security objectives in the region, the U.S. must also question how this will affect our ability to partner with them in the future and how we could help them address these concerns (though not impose), should they seek our counsel.