HomePoliticsWhat Big Bird and John Wayne Gacy Have in Common 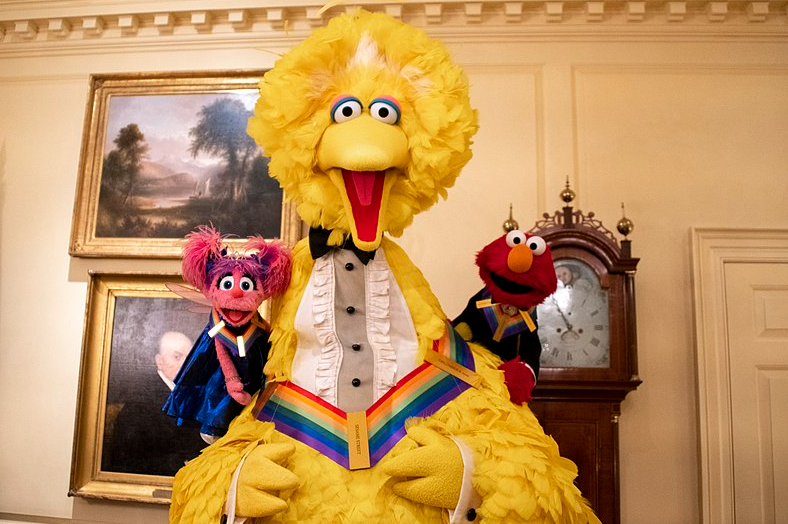 John Wayne Gacy wore a clown costume to lull his victims into believing he was harmless. Big Bird is just another John Wayne Gacy in a different costume, constantly communicating the subliminal message that it is harmless and even beneficial to allow our government to own a television network.

Some Americans believe our government should not engage in any commercial activities, either as the sole owner or in partnership with private enterprise. However, the only objection mentioned by Governor Romney in a recent debate concerning PBS is that funding the program requires us to increase our national debt.

Other Americans fail to see any problem whatsoever and have become quite comfortable with our government adding to its traditional roles of protector and neutral referee to also become fully immersed in the roles of owner, manager, coach, and player. While Big Bird diverted our attention, the camel got its nose under the tent and is now well on the way to being completely inside. Other entertaining programs on PBS, such as Downton Abbey and Antiques Roadshow, help to keep us from recognizing the danger.

This government expansion into commercial activities is wrong on many levels, including the fact that it is illegal—that is, unconstitutional. There is no provision in the Constitution that authorizes our employees in Congress and the White House to use our money to fund various commercial enterprises and to deny funding to others based on the political considerations of potential votes and campaign contributions.

The Preamble states that one reason our government was formed was to promote the general welfare, but that cannot be extended to mean our employees in government can do anything they choose just by saying it might be good for us. Our founders made it perfectly clear that our general welfare can be promoted best by a government with certain designated powers and severe limitations.

Despite the prohibitions in our Constitution, our government now provides funds for numerous research facilities and owns schools, wealth redistribution agencies, and numerous other illegal programs which are supposedly justified by all the good they supposedly do.

Media is possibly the most dangerous commercial enterprise for us to allow our government to enter.  All educated Americans should know how disastrous it has been when other governments own the primary means of communication. The former USSR and Nazi governments in Europe are only two examples. The Russian word for truth and justice is pravda, but the government-owned newspaper Pravda did not provide either truth or justice to citizens of the former Union of Soviet Socialist Republics. In Nazi Europe, the government silenced all competition to make sure the press and radio promoted its evil agenda, controlling communication in order to control the populace.

But, we smile at Big Bird’s antics while it is subtly indoctrinating our children into the dangerous opinion that government ownership of a TV network, a radio network, and all its other enterprises is harmless.  We say that evil happens only in other countries and can’t possibly happen here because this is America. On the contrary, “Freedom is not hereditary. It is not passed down through generations through the bloodstream. Freedom must be fought for, defended, and honored from one generation to the next.”

Regardless of whether anyone believes that more evil comes from the left or the right, all Americans should realize that giving broad powers to any government is a recipe for disaster. Oblivious to the risks, we Americans have allowed our government to own PBS and NPR and given it the potential to silence any competition with a future expansion of the FCC.  That is, our government is dangerously close to total control of facts and opinions.

As a result of our becoming so comfortable with a huge invasive federal government, Americans will also have to get used to less freedom, a lower standard of living, and less prestige in the world.  Big Bird is a bird of prey and American success is the prey.

1964 graduate of the University of Alabama School of Law, Durham Ellis is a real estate broker living in Birmingham, Alabama. As a student, Durham was influenced greatly by the clear, logical analyses of such libertarian and constitutional thinkers as Ayn Rand, Thomas Sowell, and Neal Boortz. He served in the U.S. Army from 1964-1966.