HomePoliticsTrump, America, and “The Gamble” 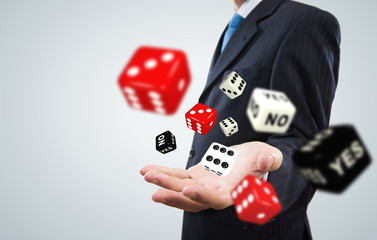 Like everyone else, I have spent the last day thinking about the Election and what it means for America and our way ahead.

I want to get it out of the way up front – in my opinion, this is one of the two most horrible choices this country has made in my lifetime and history is going to be quite unkind to us.  It is a darkening of the collective soul of this country, an abomination which casts a shade upon the shining sacrifices of scores of the best men and women who have gave everything for this country. 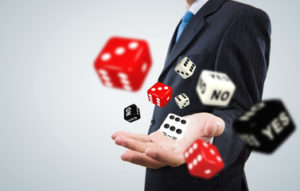 It is the sad endpoint of a nasty campaign which devalued intellect and competency in favor of the Circus.  It is the moment which forced me to kiss my daughter on the forehead the following morning and tell her that bullies do win.  I’m appalled.

It is a bet that Trump is going to make America great again.

It is a bet that despite losing the popular vote in the lowest turnout election since 2000 for an unprecedented six out of seven times, Trump’s electoral victory gives him mandate to make fundamental changes to this country.

It is a bet that after eight years of unprecedented opposition, the GOP can make responsible decisions of governance and not be paralyzed like the dog who finally caught the truck, or use their unprecedented power to settle scores.

It is a bet that tax cuts, ending regulations, terminating Obamacare, cutting back social assistance programs will result in an economic renaissance which will lift all the ships rather than enrich the same people who have always profited while further hurting those who proudly embraced the label ‘Deplorable’.

It is a bet that the racism, misogyny, and bullying which were weaponized during the campaign can be retired without any more lasting damage to the fabric of this country.

It is a bet that America can retain moral leadership in a world when it is pulling back from the Free Trade and Alliances which it has championed and been enriched by.

I have a bias in this matter – I already owned up to it – but as I talked to my friends today who voted for Trump and who I respected, I was struck that for most of them were uncertain as to the future for most of the reasons I listed above.  Their bet was despite receiving little in the way of realistic concrete plans from their candidate, what comes next must surely be better than what we have now.

What is my personal bet?  It is a bet that the Donald Trump who gave a perfectly reasonable acceptance speech is the President we could get – not the Donald Trump of the campaign, debates, and rallies.  I believe the future of the Republic hinges on this bet.