HomePoliticsStop Yelling: Why Democrats Attacking Trump Hurts Their Chances in 2020 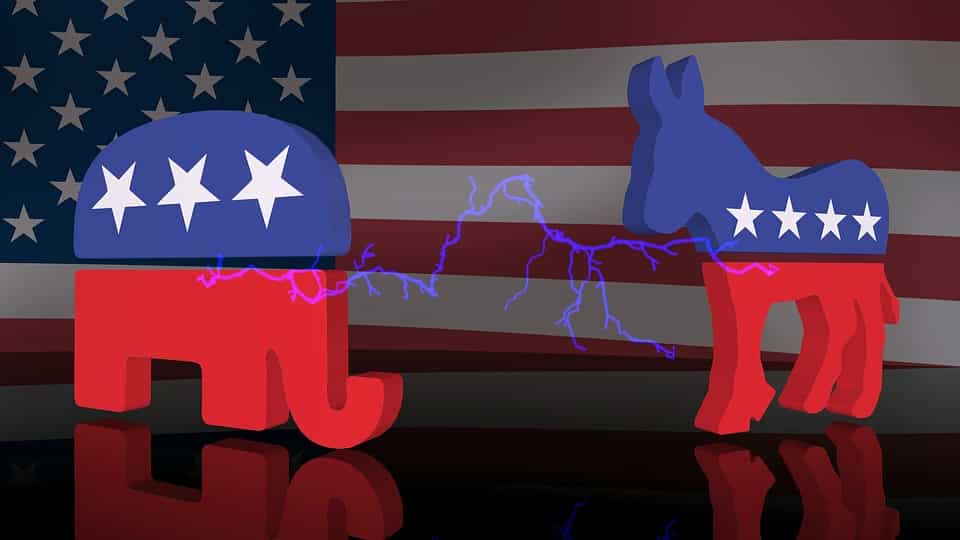 Stop Yelling: Why Democrats Attacking Trump Hurts Their Chances in 2020
by Kevin Wilson

This article first appeared in The Havok Journal in August 2019.

You know that point where you just sort of stop listening to the news because you’ve a pretty good idea what’s going to be on? Yeah, I’m kinda there. Okay, sure I keep an ear out for the latest ruckus out of Iran, but that’s mainly because my contract runs out in a few months and I’m kinda hoping WWIII doesn’t kick off beforehand. Me and my busted knees need a break.  Other than that though, what’s the point? Blah blah blah, Trump said something else that pissed off fully half the country and elated the other. We’ve seen it a hundred million times and we’ve got a whole year to look forward to seeing it at least that many more times as the elections draw closer.

This time, apparently, he called Baltimore a shithole. An elected official from Baltimore took a jab at the detention camps at the border and Trump fired back on Twitter, because that’s apparently where political- ugh. You know what? I’m too tired to be properly sarcastic. Read it yourself.

Is calling Baltimore a shithole really all that controversial? Bernie did it and no one batted an eye. I’ve got to be missing something here.

I mean, I drove through the place last week and even in passing it looked like one. Everything was dirty, the police cars all looked like they’d doubled as stunt cars on the set of Mad Max, and there was a pervasive sense of hopelessness unlike anything I’ve ever seen outside of an active warzone. For Christ’s sake, I had a panhandler ask me if I had a spare cane instead of change when I hobbled into a gas station for caffeine. You can’t make this stuff up. I thought the guy was going to cry over a $15 cheapo cane from Walmart. You thought I’d given him the Holy Grail or something. But no, Trump calls Baltimore a mess and suddenly it’s a shining beacon of hope and beauty or something, I don’t know. Honestly, I don’t care.

The particulars might have changed, but the situation is still the same: Trump says the sky is blue, the Democrats swear up and down that it’s green, the Republicans deny the existence of cloudy days, and I need a drink. I think it’s pretty self-evident that we’re going to see this pattern play out time and time again over the next year and some change. Whatever the Democrats do, whomever they pick as their candidate this time, they’re not going to focus on little things like policy. They’re going to focus the lion’s share of their attention on making the orangutan in the White House look like a monster.

And that’s why they’re likely to lose again.

I had hoped, deep in my heart of hearts, that they’d have learned their lesson from 2016. I don’t like Trump. I don’t like much of what he stands for. On the few bits of policy where I actually agree with the man, I wish he’d stay the hell off of Twitter about it, because as soon as he tweets something, it’s controversial. I’m not much more fond of the Democrats, mind you, but holy Hell, guys, you’re not even trying.

At its core, an election isn’t about playing to the base. The vast majority of voters already made up their minds about which way they were going to cast their ballots a long, long time ago. Democrats are going to vote Democrat and Republicans are going to vote Republican, and it would take something truly spectacular to make them change their minds. The key to winning an election, then, is about wooing the undecided and convincing the apathetic that it’s worth the effort to go cast a ballot. Say what you will about Obama, but his ability to get people who otherwise wouldn’t have given a damn about the election to get out and vote was unheard of. Nevermind that, from a policy perspective, he was more or less a bog standard liberal, he had the sort of charm that made people want to go to the voting stations.

Trump’s upset victory in 2016 amounted to the same thing, even if his methods were decidedly different. He made middle America feel like the issues they cared about actually mattered. He made them feel like they mattered, which is no mean feat. After years of neglect from both sides of the political spectrum, that was enough to earn him heaps and helping of goodwill from Americans who previously wouldn’t have given a damn. Was his rhetoric and behavior, pardon the choice in words, deplorable? Often, yes. Plenty of folks were willing to overlook that, however, or make excuses for it, or even wholeheartedly embrace it, because they perceived him as being a president who looked out for their best interests.

When the Democrats attack Trump for every little thing he says, and especially for things that were self-evident to them not so long ago (Baltimore, anyone?), they’re not setting themselves up for success in 2020. By attacking Trump, they’re attacking the people that voted for him and supported him, and down that path lies failure.  If Democrats, or for that matter an alternate Republican candidate, want to have any hope of success in taking the White House, they need to reach out to Trump’s supporters, not yell at them for being racist or homophobic or sexist or whatever the buzzword of the week is. They need to realize that they’re fighting an uphill battle to convince the flyover states that their policies are a reasonable alternative, and they need to dig their heels in and start now.

But since they probably won’t, I wouldn’t be at all surprised to see Trump take a second term in office.