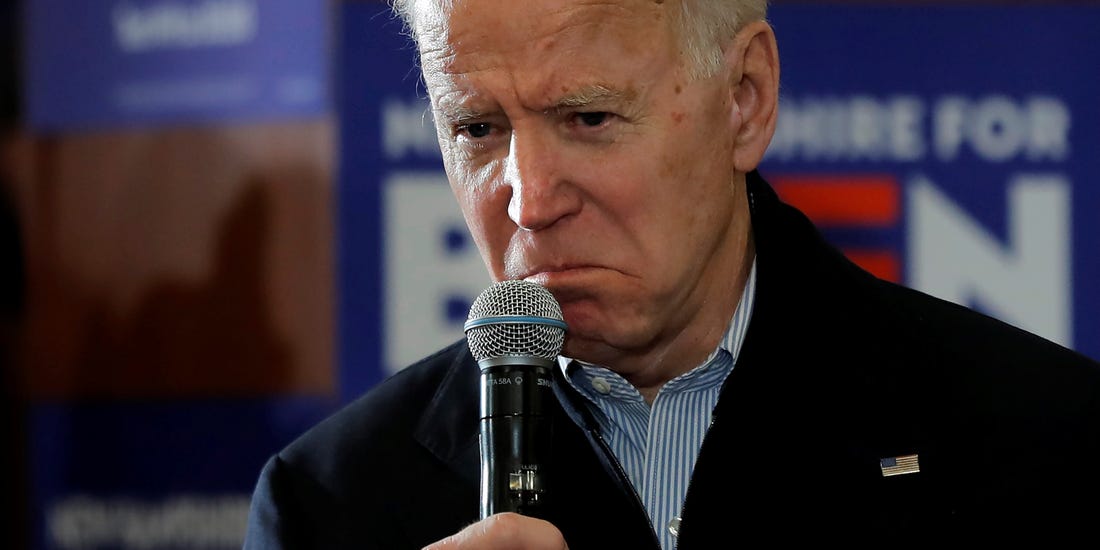 We can all agree, President Trump doesn’t speak like a typical politician. In fact, it would be difficult to claim the guy speaks like a world leader. He is brash, unfiltered, and for many, difficult to “like.” On the other hand, “Creepy Joe” seems to be one charmer of a guy, right?

If this coming election were just based on personalities, it would appear that “Creepy Joe” would win—largely in part via how the media portrays “Creepy Joe.”

But truth is, Joe Biden isn’t the charming fellow the media portrays him to be. I have personally met Joe Biden and can tell you from first-hand experience, the guy is a pompous condescending piece of shit. And, I said the same thing about John McCain after I met him so please, do not think for a moment this is a one-sided political piece specific to Republican vs Democrat.

Joe Biden was traveling throughout Afghanistan back right before the 2008 Presidential election with soon to be President Barrack Obama. The two were in Jalalabad Afghanistan entering the Tactical Operations Center on FOB Fenty.

At the time, I was working as a US Government advisor and was called to assist in a matter dealing with a local national off site. As I was leaving the office opening the door, I felt the door push back on me without any words said. So, when time is of the essence what does one do in return? Throw the door open.

With the door open, I walk out of the hooch and there they were. Soon to be President Obama and his PSD Team along with “Creepy Joe.” One of the PSD members saw me walking out the door with an AK in hand and wearing local garb. He apologized seeing I was in a hurry. “Creepy Joe” on the other hand, not so much.

Biden went into a frenzy about how I needed to slow down, watch where I was going, then called me what was a long lasting pet peeve of mine—“Son.”

“I’m not here to play in your dog and pony show and I sure shit aint your son.” These were, at the moment, the only words I remember saying as I continued to walk past him.

With my back turned away from the entourage continuing on my hurried walk to my pick-up point, I felt a hand try to grab my shoulder and the only words I remember Joe Biden ever say to me again were said. “What the hell is your problem, son?”

Staring right into “Creepy Joe’s” eyes, I unleashed my thoughts.

“Listen, I don’t know who you are (admittedly, I really had no clue who Biden was at the time) nor do I give a shit. I am here to try and help win this God-forsaken war. And right now, I am about to go out on a mission so unless you want to come with me outside the wire right this very moment, I suggest just shutting the f*** up and carry on with your little song and dance routine. Now excuse me while I go out and do what I am paid to do.”

Like the mumbling buffoon we often see on television, Joe Biden tried to say some words but it was all very incoherent. One of his PSD members looked me right in the eye, gave me a wink and a smirk as if he was saying “thank you” while I walked off.

I have met many elected officials on my travels along with political appointees. I have briefed many. The vast majority hold an arrogance within them but spend enough time around such elites and you quickly learn the arrogance is more like confidence and most mean well and appreciate you.

Of course, there are plenty who truly are just pompous, arrogant, pricks—based off my experiences, Joe Biden may take the cake but it’s a close one between him and the late John McCain—both are assholes in my book.

Of course, we should never allow one experience to tarnish our impression of others and I try my damnest to obtain other people’s experiences because I realize we all have bad days. Interestingly enough, I have shared this experience with many friends who had encounters with Biden and the one thing we all agree on is what a douche he really is in person.

In fact, I am friends with a few individuals (Contractors) who actually went on the operation ginned up after Biden’s helicopter was forced down back in February 2008 due to a snow storm in Kunar Province (that’s right, it was never shot down nor under any enemy attack).

You would think the guy would have shown some appreciation to the men who sacrificed themselves for his safety and well-being. Nope. Even during a time when he should have been relieved to see true patriots, the guy gave them shit too because nothing is good enough for “Creepy Joe.”

No, Joe Biden isn’t some charming “good guy.” He is nothing of the sort. And this puts me, like many Americans in a unique position. A current President who is brash and a former Vice President trying to take over as the Commander in Chief who by all accounts is a complete unappreciative prick. So what should voters really know?

In the last week of September of 2008, Joe Biden gave a speech in Baltimore where he said the following, “ If you want to know where Al Qaeda lives, you want to know where (Usama) bin Laden is, come back to Afghanistan with me. Come back to the area where my helicopter was forced down with a three-star general and three senators at 10,500 feet in the middle of those mountains. I can tell you where they are.”

At the time of his helicopter’s emergency landing caused by inclement weather, Biden had no clue where Bin Laden was. And, anyone who worked in the intelligence world knew Bin Laden wasn’t hanging around Kunar Province during the time Biden’s helo conducted its emergency landing. During the time, Bin Laden was utilizing rat lines south of Kunar Province when entering Afghanistan. And the sad part about this, Biden himself knew these facts as well when he made his statement in September of 2008.

It just so happens to be that on August 18th of 2008 (one month prior to Biden’s spectacle in Baltimore), every single member of the United States Senate Foreign Relations Committee which included Joe Biden knew the whereabouts of Osama Bin Laden. They were all briefed within a two-week period starting around August 4th.

Missions were being planned to take out Bin Laden along with several other high valued targets who were attending a meeting on August 18th just outside Afghanistan’s capital that was fully financed by Bin Laden himself.

The mission was never approved and it was never approved because, specifically, Democrats assigned to the Senate Foreign Relations Committee protested the hit. They wanted a full legal review and the window was tight as the HVT’s in attendance were not sticking around long. The risk aversion emplaced within the US government ruined an opportunity.

But worse, the US Government now had eyes on Bin Laden for more than two years. Yes, the US government had 24 hours a day, 7 days a week, eyes on Abbottabad. During this time, Obama became President and Biden served as the Vice President through their inauguration on January 20th 2009 . On May 2nd 2011, with US Government attorneys finally blessing off the hit (yes, President Obama and VP Biden would not sign off on the hit until government attorneys gave their own green light), Bin Laden was killed in his Abbottabad compound.

It could be the only political victory Biden was ever a part of. And yet, how many years did it take Biden and his cronies to finally do what America so desperately deserved and at what cost?

For more than two years, America remained under threat of Al Qaeda’s Command and Control during a time we knew exactly where Bin Laden was located. It was during a time when we knew where his #2, Muslim Brotherhood card carrying, Ayman Mohammed Rabie al-Zawahiri was located. It was a time where we knew the positive identification and whereabouts of more than eight key Al Qaeda and Taliban leaders. And yet we only took out the big cheese when we could have taken out all eight.

Countless American and Afghan lives were killed during this grace period and regrettably, it was the liberal policy full of risk aversion which kept America from doing what should have been done to all of our enemies’ leadership.

So yes, it would be nice to have a President who we can all “like.” Unfortunately, that isn’t the case. So, we should be voting on policy—not a policy which takes two-plus years to do the right thing. But the policy which ensures hostile threats that face America are eliminated in a timely fashion.

It’s all about policy, not personality. And, Biden has neither.