HomeNational Security“Irate in the Caribbean”: US National Policy, Failing Close to Home

A long time ago, probably measurable in geological time, I went to the range to qualify with my trusty M-16A1. Not the cool, short M4, no, that was years away from being fielded. I was a fair shot, actually, and there was something awesome about hitting all your targets. It gave me a sense of confidence, of competence, a sense of being ready as a Soldier. For those (sad) few of you who don’t know, you were issued two 20-round magazines for qualification, 40 targets, 40 rounds. So you had to make each one count. And there was no worse shame than missing the 50-meter target.

This was back in the epoch when everything was scarce. Fuel? You get just enough. Bullets? Enough to zero and qualify, no more. Lots of washer balance drills click-click, not a lot of bang-bang.  So there was pressure on us to get it right, and make sure that the precious resources were used in a professional way, good stewardship of government funds and all that.

Well, this one day, there was a guy not-from-our-group at the range. Turns out, he was a Captain, Company Commander of one of the Basic Training units on that post. He had a stack of magazines piled next to his foxhole, and went through every iteration on the range. He was trying to get 40 out of 40 with his assigned weapon, and wasn’t going to stop firing until he got it.  Apparently one of the few perks of the job. Here we were with our two magazines (whoo, 40 rounds!), and this guy went through at least 800. He seemed to get worse as time went by, actually. Most galling to me, he would hit the targets from 150 to 300 meters, but for whatever reason, kept missing the 50 and 100 meter targets. I remember thinking to myself… “what a jackass”.

Which brings me to the Caribbean.

Ah, the Caribbean. When most people think of the Caribbean, they think of smiling, laid back locals, drinks with little umbrellas, lounging on white sands at an all-inclusive resort. Buffet, flip-flops, steel drums and rum. The 13 sovereign island nations, along with 12 dependent territories are nice for a quick escape from, say, the frozen tundra of Minnesota in January, or the swarming masses of humanity in general.

The proximity to the United States is attractive, by any measure. Jamaica is three hours away from New York, an hour and a half from Miami. Near the farthest from Miami is Grenada, at three and half hours, and Nassau in the Bahamas is about an hour. So close, so convenient, right? Did I mention it was close?

Allow me to provide a blinding flash of the obvious. There is a lot of corruption and graft in the Caribbean. Transparency International published an article in 2017 which stated “[w]e found that many people were worried about the level of corruption in the region: nearly two-thirds of respondents to the survey said that they thought it was on the rise and over a half said that their government was doing a bad job at fighting corruption. Worryingly, two key institutions that play a vital role in good governance were perceived by citizens as the most corrupt — the police and elected representatives.” So you can assume that most of the dollars that you spend at the all-inclusives don’t make it out to the general populations and state coffers.

Like any good stew, it gets spicier as you get into the details. The population of the Caribbean roughly tripled between 1950 and 2019 (17M to 43M). Also, quick geography fact: islands do not grow. Barring violent volcanic activity, of course, which is generally not good for population growth but does little for gross domestic product. And thankfully, they don’t flip over (shout out to Congressman Hank Johnson!) either. This is only to say there is, by definition, a static amount of physical resources. So, the equation works out to something like this: take constrained resources, add increased population, multiply by government corruption, and it equals routine funding shortfalls.

Example: Haiti. In 2010, Haiti, already the poorest country in the Western Hemisphere, suffered a devastating earthquake. Whether or not it was as a result of a ‘pact with the Devil’, (nice humanity, Pat Robertson!), the effects were devastating. The Haitian government said that between 220K-316K people were killed. The Presidential Palace, National Assembly, and Port-au-Prince cathedral were all significantly damaged or destroyed. And the international response over the last decade can be described as starting slow and increasingly unenthusiastic.

Charity support and remittances have fallen by 25% since our current POTUS was elected. POTUS’ insightful commentary on Haiti, calling it a “shithole country” and Haitians in general, “Haitian immigrants all have AIDS” may have also influenced relations between our countries. But the reality is that Haiti has been (and is) looking for support.

Good thing that there’s not a bad actor with a lot of cash running around, right? Oh… enter China. As mentioned in a previous article (see ‘American Policy in the Western Hemisphere: A hole of Government approach’), the Chinese were quick to notice in 2013, when Secretary of State John Kerry stated that “the era of the Monroe Doctrine is over”. The logic (such as it is) being that the countries of the Western Hemisphere would always choose the United States over others, due to proximity and cultural affiliation. Strangely, wishful thinking and the reality of global economics have proved this to not be so.

Youri Chevry, Mayor of Port-au-Prince, described the situation: “It’s not about China, or anybody else. It’s about rebuilding. China is offering me something that I like and I want to go for it.” And what Chevry likes is BIG. Since last summer, two Chinese companies — Southwest Municipal Engineering Design and Research Institute, and the Metallurgical Corporation of China (MCC), have been negotiating with Chevry. The project? A $4.7 billion plan to rebuild the municipality of Port-au-Prince and transform it into a more modern city. A number of more modest China-funded and China-built projects are in various stages of completion.

A new $89 million dollar parliament building has been awarded to the Chinese firm Hongyam Construction Company limited. The same company recently completed construction of Haiti’s Supreme Court of Accounts for a paltry $27 million. The entire country of Haiti has an annual GDP of $8.4 billion dollars (in 2015). One wonders what China is getting for its investment, and what the repayment plan looks like.

To the surprise of absolutely nobody…the scenario is being repeated around the Caribbean. China put in a $730 million dollar highway in Jamaica. Jamaica’s poverty rate has doubled since 2007.  Its GDP has averaged 1% a year for the last 30 years. Between 2013 to 2017, when Chinese investment began pouring in, Jamaica’s GDP has more or less hovered around $14 billion. GDP dipped to a low of $13.9 billion in 2014 through a high of $14.4 billion in 2017.

But the highway project is small beer: during a 2015 visit to Beijing with her ministers, Prime Minister Portia Simpson announced a project that dwarfs the road in both size and cost. It involves the Chinese building a $1.5bn deep- water container port on islands in Jamaica using dredging and land reclamation to accommodate mega ships coming through the expanded Panama Canal.

Over in the Bahamas (where the United States hasn’t had an Ambassador for 8 years…which I totally can’t understand, because who wouldn’t want to be an Ambassador IN THE BAHAMAS?!) the Chinese ‘invested’ $3 billion USD to put up the Baha Mar resort. The Caribbean island nation is small, with a population of roughly 400,000 but it attracts a lot of US tourism and sits about 50 miles off the coast of Florida.

The Bahamas are right in the middle of one of the busiest shipping lanes in the world. This is a fact the Chinese did not miss. China has invested billions of dollars in building new infrastructure and industry across the country. The Chinese government even ‘gifted’ a new national stadium to The Bahamas, valued at $50 million USD. 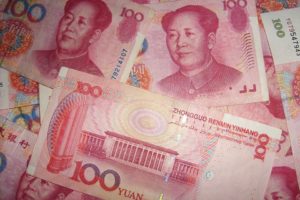 Passive regional reactions to China’s unchecked expansionism are remarkably similar to the way that European democracies, and a disengaged United States, dealt with Nazi Germany’s return to the Rhineland and Czechoslovakia’s Sudentenland. The inability of a group of democracies to stand up to a revisionist, authoritarian and expansionist regime can result in a new normal that is more threatening than early intervention. Failing to confront China in a meaningful way in our own Hemisphere is both lazy and short-sighted.

To an extent, Beijing has targeted the Caribbean for “dollar diplomacy,” because many of Taiwan’s diplomatic allies are in the region. These include: Haiti, Saint Kitts and Nevis, Saint Lucia, and Saint Vincent and the Grenadines. The Dominican Republic was Taiwan’s ally before Beijing pressured the country to recognize “one China” and drop ties with Taiwan in May. The U.S. received notification of the change less than 24 hours beforehand. Since then, the Dominican Republic has received over $3 billion dollars in Chinese investment/aid. It should come as no surprise if/when Haiti’s political leadership decides giving free reign to Chinese “investment” will help the Haitian people (and the personal retirement accounts of those in power).

Washington is choosing to remain on the sidelines as China swoops in to develop strategic real estate right on America’s front door. Right now, roughly 55 miles east of Palm Beach (and Mar a Lago), China is building a massive new shipping port. This strategic location could be used for military vessels and submarines. China already has a military presence in the Caribbean occupying old Soviet bases in Cuba. Personally, I find the idea of Chinese warships off the coast of Florida to be unpleasant. But what is truly unpleasant is knowing that we aren’t even talking a good game.  Watching the problem develop is not the same as doing something about it.

And here’s the rub; the (majority) of the militaries in the Caribbean want to partner with the United States. Better training, better gear, shared democratic values. Continuing with Haiti, the nascent Defense Force (Force de Défense d’Haîti) wants to partner with, train with, and be equipped by the United States. Our Department of State, however, decided that they support the Haitian National Police, and want nothing to do with DF. One has to wonder, where might they turn to for what the U.S. is failing to provide?

We fret over the South China Sea: “We need to protect trade!”, we say. We churn up the waters around the Straights of Hormuz: “The Global economy depends on oil!” we say. We confront ISIL around the Globe: “We need to defeat Islamic extremism!” we say. But when we have a hostile foreign power setting up shop in our back yard? We say…nothing?

The armed forces of the United States, at the behest of our government, continue to knock down the (metaphorical) 300-meter, 250-meter, and 150-meter targets all over the world. But those who are in charge of our foreign policy keep missing the 50-meter pop-up. The one you could hit almost without aiming, where you could see the shiny red star, right where the helmet would be.

The armed forces are doing great things all over the rest of the world, but we are neglecting our own hemisphere. Whoever is formulating our global foreign policy –choosing our targets on the foreign policy range, and neglecting the Caribbean…is truly a jackass.