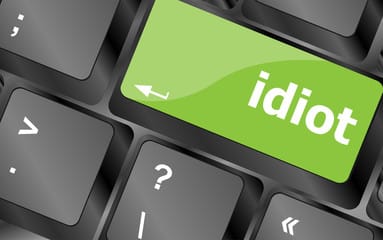 This first appeared in The Havok Journal January 31, 2019.

I did not actually want to write about Representative Alexandria Ocasio-Cortez (D-NY). But so many people are talking about her that I think it offers an opportunity to look at something bigger because of that very reason. She is, after all, the neuva celebridad in the 2019 Congress, commanding more attention than just about anyone from all sides of the aisle. Love her or hate her, people just can’t stop talking about her.

I for one find her popularity refreshing. Why? Well, let’s get this out of the way right off the bat: it’s not because I agree with her. Point of fact, she’s wrong on nearly EVERY topic upon which she opines. Hilariously wrong, in fact, on everything from history to economics to logic.

Rather, I am impressed with her because with Cortez we see the Progressive Agenda on full display. We see an honest approach that finally shows where they actually want to go, and she’s incredibly popular because of it. They can no longer hide behind the “reasonableness” of the Clintons or the Obamas—with her garnering the attention she does, they have to admit they are going full-fledged socialist.

Think about it this way: she’s an attractive, young, female, hyphenated, minority version of Bernie Sanders. And therein lays the rub—Progressives are way more driven by image than are conservatives or libertarians, so what she looks like will, in fact, matter a great deal. In the ideology that caters to those screaming and crying about the supposed evils of the “white patriarchy” bogeyman, her image is exactly what Sanders was missing.

So it is that this is a fascinating look at our society—a civilization in which we seem to find absolutely nothing wrong with someone having fame because they are famous.

Many conservative friends remark how dumb AOC is because of her remarks. Regardless of the hate mail it may bring, I’m going to disagree and suggest that she is not stupid at all. I actually think she’s quite smart. She has manipulated a vast number of the public to believe she is intelligent, and that requires a fair bit of savvy, to be sure.

Consider her official stances on issues like climate change, and her push for a “Green New Deal”:

“Millennials, and Gen z, and all these folks that come after us, are looking up and we’re like ‘the world will end in 12 years if we don’t address climate change, and your biggest issue is how are we gonna pay for it?'”

The truly captivating part about her message here and elsewhere on the same topic is that she doesn’t even believe it, yet she’s using it as a dazzling, alarmist tool for populist incitement. If she actually bought into the idea that the world ending in 12 years due to climate change was a legitimate possibility, she’d be embracing nuclear energy and casting aside all the talk of minimum wage, housing for all, and numerous other issues and saying, “hey, we have our differences on all these issues, but those can wait because we’re about to die as a species.”

But she’s not. She’s putting the pedal to the floor on the socialist narrative while championing  social justice as part and parcel with saving the planet from (insert industrialism, exhaust, methane, people, etc.). The fact that AOC and people of her mindset refuse to separate these issues is substantial proof that they do not subscribe to them in toto, and that is exactly why she impresses me.

Let’s imagine that you in an ancient, walled city. The Barbarian hordes are literally at the gate and threatening to set fire to your homes, rape your women, and enslave your children. Are you going to go door to door stumping for a “living wage” and tell people that it if everyone doesn’t get one, then we can’t fight the hordes? Or that unless they sign on to a law that gets everyone free college, then they can’t take part in your great plan to stop the barbarians?

To put it another way, if some nefarious orcs of the modern kind are staging a home invasion at your residence, do you sit your family down and have a discussion about the fairness of chore distribution while mounting a defense?

This is why we can easily dismiss the alarmism—not because the science is wrong or because we are “deniers,” but rather because they don’t buy it, either. But this is also what makes people like her somewhat genius, albeit in a half-wit, diabolical sort of way. She is wrong on details and logic, but she has brilliantly captivated the mob by giving them what they truly want.

The Progressive Agenda is, rest assured, every bit a religion. It has its statements of faith, dietary restrictions, action restrictions, thought restrictions, heretic burning, and every other facet of religious life one can think of, to include a long list of prophets and martyrs. AOC is just the latest, but she may be the brightest light, given the qualities mentioned above.

Sure, we can talk in detail about how her calls for rises in the minimum wage fail basic tests of logic and how a “living wage” is a meaningless assertion that ignores basic economics. We can examine the historical realities of how a top marginal tax rate of 90% never did what Progressives claim it did or how the New Deal failed miserably. Or we can get deep into the weeds of health care as a topic and demonstrate beyond a shadow of a doubt that government involvement is not, in fact, an ethical solution for anyone.

But far more intriguing to me is the fact that despite all of that evidence existing at the tips of our fingers, it is regularly ignored in favor of religious-like zealotry towards a populist cause, which is undergirded by a system of thought that has, over the last century, cost millions of lives and failed every time it was tried. This is why AOC is brilliant—she is able to sell people on ideas that she’s never implemented, doesn’t believe in herself, and have never actually worked….anywhere, ever.