HomePoliticsNationalDid The Veterans At The Standing Rock Protest Just Get Played? Because It Sure Seems That Way. 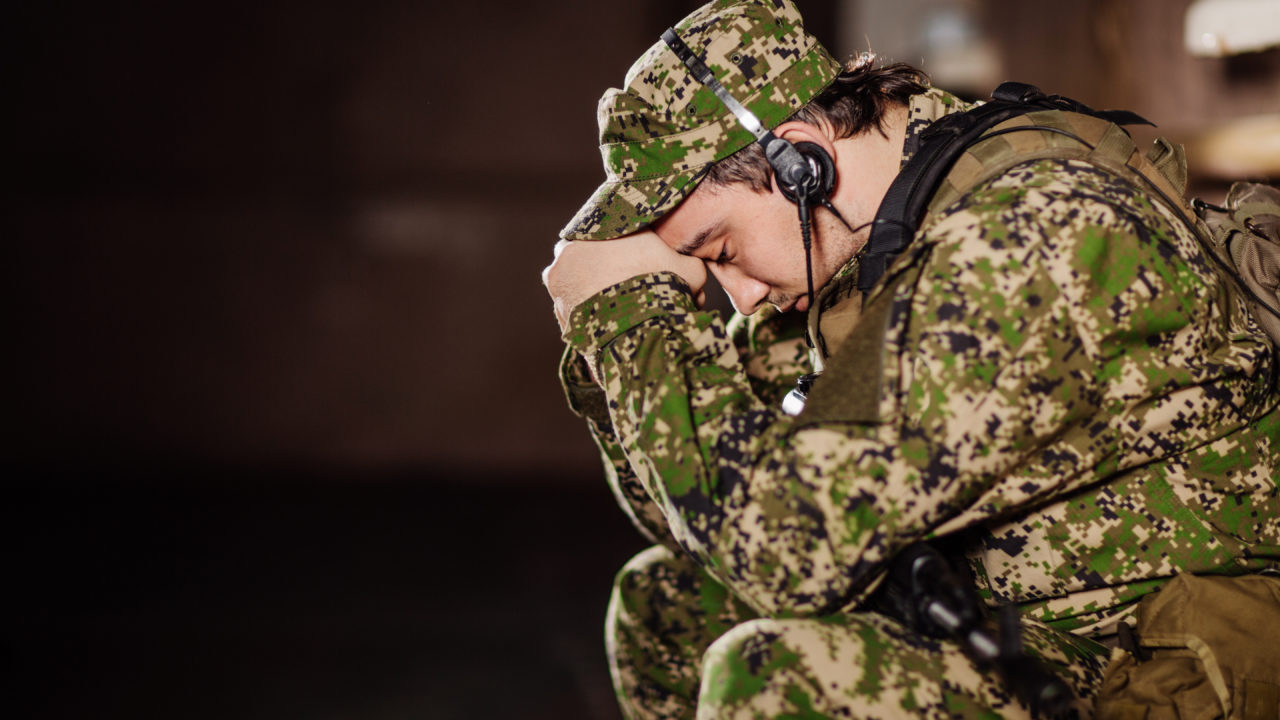 Did The Veterans At The Standing Rock Protest Just Get Played? Because It Sure Seems That Way.
by Scott Faith

What a difference a few days makes.

After responding to a (fundamentally misguided) call to action to support the Standing Rock protest, hundreds and perhaps thousands of US military veterans were left without basic necessities, without leadership, and now (after being asked to leave by the protest organizers), without a mission.

After literally rallying the troops through “Veterans Stand for Standing Rock” and raising over a million dollar through GoFundMe, and apparently having accomplished their real mission of calling attention to themselves, far-left social justice warrior Wes Clark Jr. and his compatriots seem to be… absent.

Wearing a half-assed Army “dress blues” uniform top and cavalry Stetson, Clark and a rag-tag group of (assumed) veterans gave a half-assed, self-serving, very public “apology” to a Native American leader, kneeling before him and begging forgiveness for things no one in the room had anything to do with.

The most interesting thing, aside from the theatrics, was where it took place:  not out in the cold, windswept protest camp, but in a warm and cozy… casino??

Wait a minute, using the uniform to advance a political agenda, and issuing a public apology?  Is that what the veterans “Standing for Standing Rock” went out to North Dakota to do?  I thought the veterans were going out to Standing Rock to protect the protest camp and confront the evil oil barons and their mercenary henchmen or whatever.  Which brings up some interesting questions:  did Junior personally stand in the ranks to confront that “evil?” Did he put himself physically in harm’s way?  Did he even go out to the camp? I don’t know, but I do know that so far the only places I’ve seen Wes Clark Jr. are warm, dry, and well-lit by news cameras.  I don’t know about the rest of you, but that’s not really how the military taught me to lead.  I’m not safe, and comfortable, and well-fed, when my people aren’t.  Something about “shared hardship” and this thing called “leadership.”  Maybe Wes Clark, Jr. would know that if he actually had any combat time, instead of a couple of pre-9/11 years in the Army.

At any rate, you can watch the whole sorry apology display for yourself here.

So, Wes Clark Jr. and his cronies raised a whole bunch of money to send veterans to stand in the cold and “fight evil.” Well, as it turns out, it looks like the veterans Wes Clark Jr. called to action went to the front lines, while he went to… the casino.  Well, maybe at the casino he’ll have a way to spend that money he raised, because he sure didn’t spend it on what he said he was going to:

Maybe if Clark had spent as much time handling the logistics and caring about his “troops” as he did choreographing and rehearing his “apology,” he would have been able to do what he went out there to do.  Unless… unless that “apology,” with himself in the spotlight, is exactly what he intended all along.

Meanwhile, for the veterans who actually went out to Standing Rock…

https://www.facebook.com/TaskandPurpose/videos/1136428683071771/
“A lot of the veterans we talked to seemed disgruntled… a lot of them feel abandoned by the Veterans for Standing Rock chain of command.”  You don’t say…

Other veterans echoed this sentiment.  “We were supposed to have meetings… all of the meetings were cancelled.  It just seemed that somebody dropped the ball somewhere, and those funds just didn’t trickle down.”  And what did the self-appointed “leaders” have to the veterans they rallied to their cause, and them without funding, leadership, and organization?  “They should take it as a compliment.”  There you have it folks, you should “take it as a compliment” when you are used for window dressing to enhance someone else’s social media profile.  Here, you can see for yourself:

https://www.facebook.com/TaskandPurpose/videos/1137503016297671/
It seems like the veterans who supported the call, many of whom had noble intentions and some of whom I know personally, were basically used as “useful idiots” to promote Mr. Clark’s far-left agenda.  Now, facing extreme hardship, they’ve been left out to dry.  No worries though; after all, according to the protest organizers themselves, the veterans and other outside supporters “served their purpose.”  With $1.2 million in the bank, and the national spotlight shining bright, I’ll leave it up to you to decide what that “purpose” actually was.

If you’re a vet and you missed out on this one, don’t worry; you’ll get your chance to be used for other far-left social causes as well.

Maybe vets should take a tactical pause and direct their efforts to causes that benefit veterans and the nation as a whole, and not allow themselves to be used by people who obviously care so little about them.