HomeCultureThanksgiving at The Bridge: A Green Beret at Standing Rock 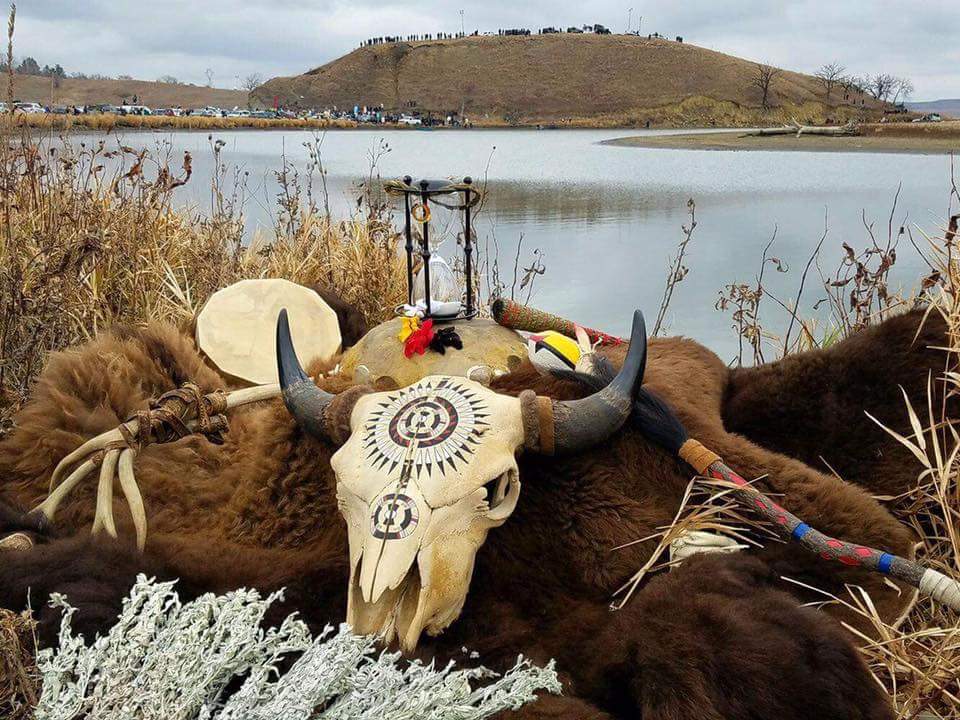 Editor’s Note: This article is presented as part of a series highlighting different sides of the DAPL controversy from a veterans’ perspective.  For a contrasting view, check out our “Misguided Veterans” reposting of the Rhino Den’s take on this situation. This first appeared in The Havok Journal December 7, 2016.

As with all things of this nature, nothing is cut and dry. So I want to avoid a political diatribe and get to the heart of why I went.

This beautiful country we all love and many of us have fought for, is at a critical juncture. The way we move forward through this could define us as a people. It has in many ways, in the past. We have an opportunity here to bridge gaps and I believe we should. 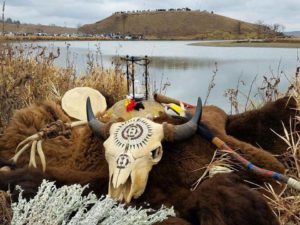 My agenda was simple: To bear witness to the events at Standing Rock while peacefully standing against oppression and tell the story from the perspective of the men on the ground while providing medical assistance to those injured.

We arrived in camp just after midnight and the scene looks something post apocalyptic. There was smoke rising up through the river valley in a massive plume that obstructed our view of where the main body of the protest has been taking place.

The camp itself was backlit by the spot lights located on the bridge and the adjacent hill. The Hill is a sacred Indian burial ground and is one of the heaviest points of contention. It is occupied by 100 armed men of various agencies, the National Guard and private security contractors.

The Bridge is the second point of contention and is secured by T-barriers, concertina wire and two armored vehicles. The drill site is further to the east over the horizon.

The camp is occupied by thousands of protesters. There is a sacred fire which all activities circulated around. There is a strict set of rules on how to peacefully protest and every protester is required to participate in training. They call themselves water protectors. Protesters are searched at the gate for contraband which includes drugs, alcohol and weapons. 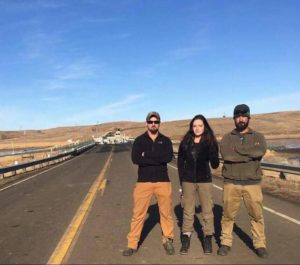 The camp itself is organized like a small city of tepees, tents and semi-permanent structures complete with mess tents, sanitation and all the various infrastructure one would see in a frontier town in the 1800s. The tribal elders are the last word in what goes on within its confines.

I will at this point skip ahead to our first action. Thanksgiving morning we woke up frozen and early. We were instructed to enter our vehicles and follow in a convoy to a non-disclosed location which turned out to be an intersection in Bismarck, ND.

The protesters dismounted and staged with military efficiency. Here is where I would like to discuss the fringe elements. In every movement, there are extremist factions and agitators. In this case, there were the same on both sides. Arguments erupted between protesters and citizens that were in place to counter the protest. The agitators were quickly silenced by the tribal leaders in order to maintain the central theme of peaceful protest.

The police reaction to the protest in Bismarck was impeccable. They maintained distance and ensured the safety of the protesters and citizens alike. My hat is off to these men and women and I raise a glass to their professionalism. This was what a peaceful protest in the United States should look like. Unfortunately, this was not the case in regard to the behavior of law enforcement at the protest site.

Just before we got to camp there was a protest on the bridge that was filmed by a fellow veteran friend of mine, George Chavis. The protesters were shot by non-lethal ammunition from rifles and shotguns. They were sprayed by water cannons. CS gas canisters and concussion grenades were used. The officers were never in threat of physical harm as they were positioned behind walls of concrete and concertina wire and the protesters were unarmed.

There was another case in a different protest at the Sacred Hill site where it was documented that Enforcement Officers and National Guard members were laughing as they committed these acts against American citizens. Acts that caused serious bodily harm. A girl’s arm was nearly amputated, allegedly by a concussion grenade; there were various wounds from non-lethal ammunition and a significant number of hypothermia cases as protesters were sprayed by water cannons for hours in freezing temperatures. The protesters that were arrested were kept in dog kennels.

The second protest on Thanksgiving day was at the Sacred Hill. Law Enforcement officials desecrated the site and prevented ceremonies on the hill by staging at my count, 100 armed men on top of it. The Chief offered a prayer service that was conducted at gunpoint at the bottom of the hill. The hill offers no strategic value when you are dealing with an unarmed and peaceful group of people.

We finished our Thanksgiving by paying homage to a great warrior buried just a few miles from the protest site. Sittin 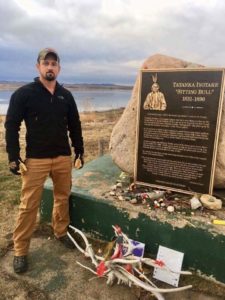 g Bull. To say that it was an emotional moment is an understatement and the irony was not lost on me. The quote on Sitting Bulls gravesite reads:

What treaty have the Lakota made with the white man that we have broken? Not one. When I was a boy the Lakota owned the world; the sun rose and set on their land; they sent ten thousand men to battle. Where are the warriors today? Who slew them? Where are our lands? Who owns them? What law have I broken? Is it wrong for me to love my own? Is it wicked for me because my skin is red? Because I am Lakota; because I was born where my father lived; because I would die for my people and my country?”

Hopefully, no one will have to die for their beliefs at the DAPL protest site.

Editor’s Note: All of the images in this article were provided by the author and were taken before the onset of the winter weather that is now battering the DAPL protest camp.