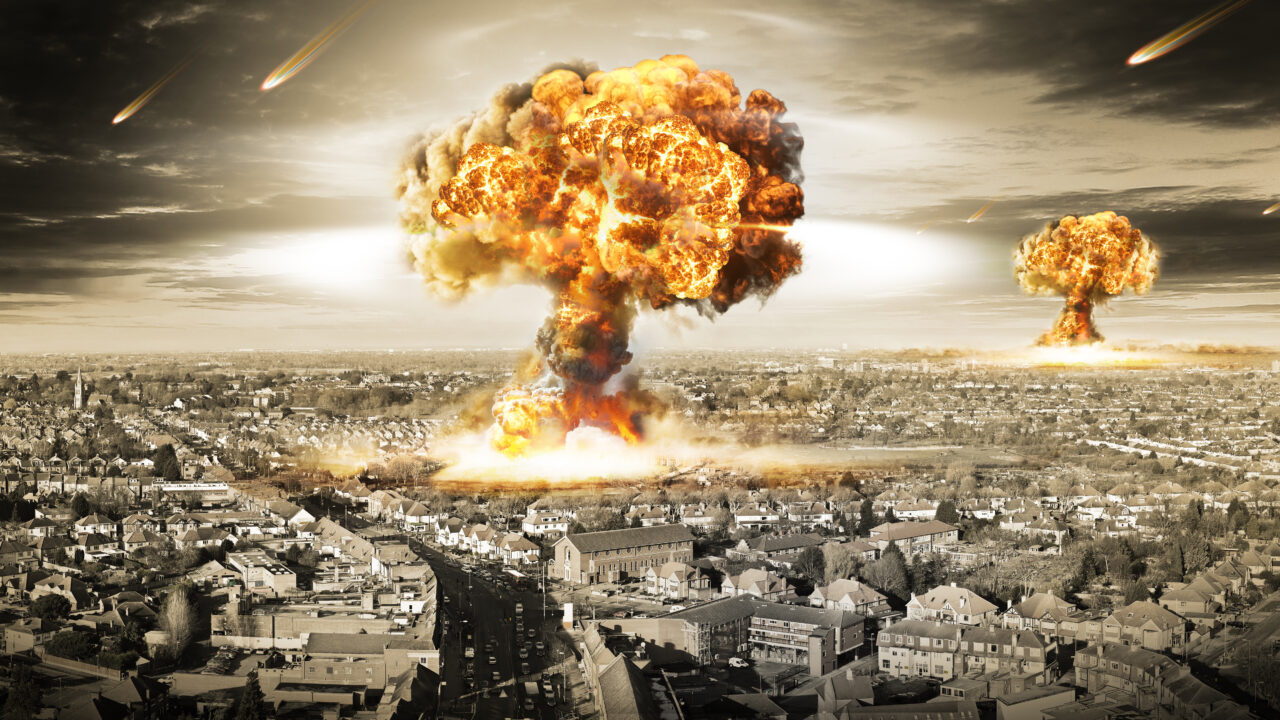 This first appeared in Frank’s blog on March 1, 2022 as “Nukes.” It is republished here with the author’s permission.

“The whole thing is quite hopeless, so it’s no good worrying about tomorrow. It probably won’t come.” – J.R.R. Tolkien, The Return of the King

“(It) does tell one something about the nature of civilization. It shows that however complex and solid it seems, it is actually quite fragile. It can be destroyed. What are its enemies? Well, first of all fear-fear of war, fear of invasion, fear of plague and famine, that make it simply not worthwhile constructing things, or planting trees, or even planting next year’s crops.”

I should stop reading the news. There is nothing helpful or hopeful there. It just causes me to have some sort of psychological paralysis. It is not so much the news about the war in Ukraine that bothers me, frightening as that is. It is more the speculation about a nuclear war that drags me down. It brings back memories from when I was stationed in West Germany back in the early 1980s. It all seems painfully familiar.

When I was a helicopter platoon leader in Hanau back in the bad old days, we would occasionally receive intelligence briefings from the Battalion S-2. These talks were consistently depressing. We heard all about the Soviet armor units and motorized rifle regiments facing us on the other side of the intra-German border. The numerical odds were daunting: 3 to 1, maybe 5 to 1, in the favor of the Reds.

We heard that the Soviets would most likely use chemical weapons when they attacked. They would launch nerve agents against NATO airfields. That was disturbing to me as an aviator. Apparently, one of the first effects of a nerve agent is to cause blurred vision. Nice. It is much more challenging to fly an aircraft when you can’t see anything. Of course, if we had advanced warning (which we wouldn’t have), we could fly while wearing MOPP gear. We trained at least once a year to fly while wearing a gas mask. Not a good deal at all.

So, what do we do if we are grossly outnumbered by the Soviets? It wasn’t often said out loud, but if the red horde crossed the border, then maybe the United States would fire a tactical nuclear weapon. The U.S. never said that it would not use nuclear weapons first. That was an option.

I used to listen to these briefings and think to myself,

“This is nuts, just fucking nuts.”

Of course, the whole scenario was nuts. We were deep into Dr. Strangelove territory. How could we even consider using a nuke? Launching nukes is like eating potato chips: nobody can stop at just one. Once we fired a round, it would be “game on.” Let’s welcome Armageddon.

It was really hard to plan for the future when I was staring at the prospect of total destruction. Why bother to do anything? What’s the point?

I wasn’t the only person unnerved by the possibility of a nuclear holocaust. That was in the back of everyone’s mind. It was part of the zeitgeist. How else can we explain the popularity of the song “Neun und Neunzig Luftballons”? from Nena. That tune was a hit on the pop charts in Europe and America, and it was about nuclear war (sung in German no less).

We got lucky. The apocalypse did not happen on our shift. The Berlin Wall fell, and the Soviet Union collapsed. Everybody breathed a sigh of relief, and we completely forgot about those thousands of missiles and bombs.

After the Cold War ended, the nations of the world had a chance to get rid of their nuclear arsenals. No one did anything. Everybody kept their toys. Now things are scary again. An entire generation has grown up not having to feel that uneasiness and dread. Now they are going to taste that fear.

Kenneth Clark spoke about nuclear weapons. To quote him once again: “Add to this the memory of that shadowy companion who is always with us, like an inverted guardian angel, silent, invisible, almost incredible-and yet unquestionably there and ready to assert itself at the touch of a button; and one must concede that the future of civilization does not look very bright.”