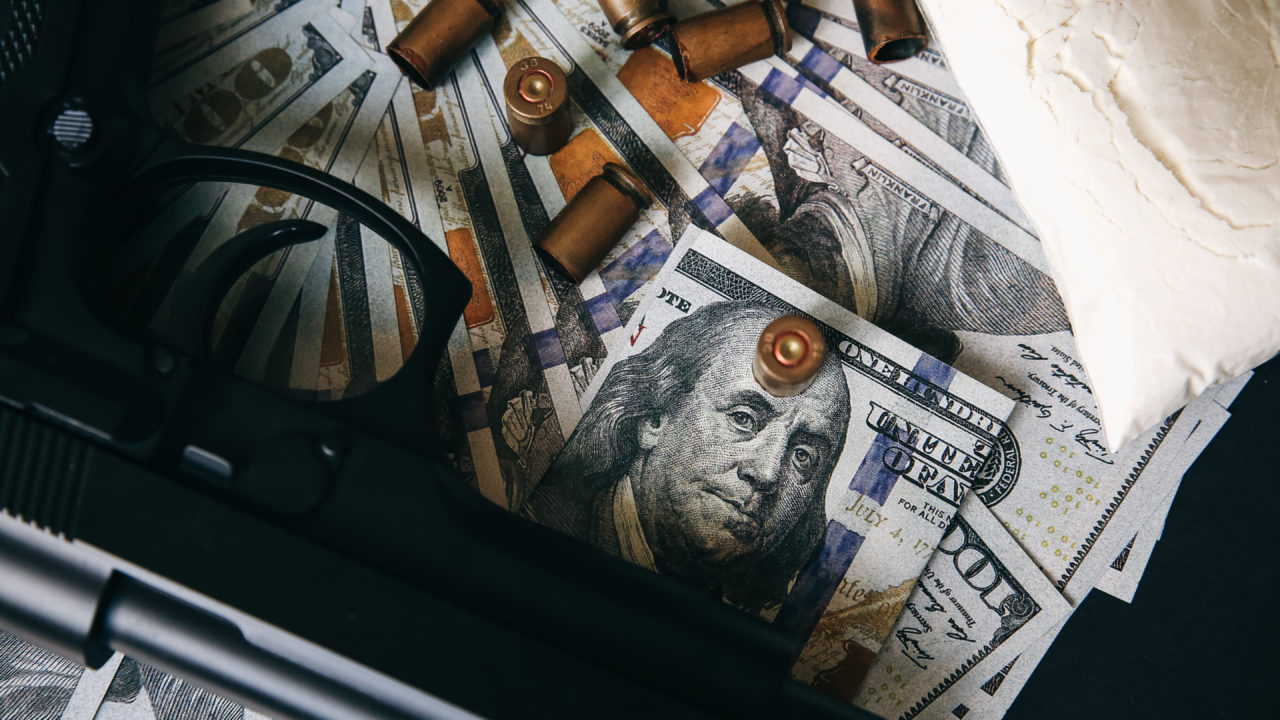 A myriad of cultural, environmental, political, and economic factors contribute to or facilitate the emergence and expansion of organized crime and illicit narcotics trafficking networks in source and transit nations and foster ongoing conflicts and insecurity. In most cases, political instability, regional or ethnic conflict, environmental adversity such as famine or drought, natural disasters, government and security services corruption, and extreme poverty or other forms of economic disparity afflict these states. More than one of the hardships mentioned above, particularly violent insurgencies, plague the states most susceptible to organized crime and narcotics trafficking.

The causes of the volatility foster and fuel criminal activity, which only serves to exacerbate the global security threats they pose (Felbab-Brown 2011; Williams and Felbab-Brown 2012). By examining case studies like the Andean region of South America, the Russian Federation followed the collapse of the Soviet Union. There are direct correlations between the political economy and the immersion of organized crime and illicit business into its society throughout Afghanistan.

The Andean region of Colombia, Peru, and Bolivia hosts an environment that provides the optimal conditions for the coca plant to thrive yet presents a challenge to cultivate food-producing or other cash crops in rural areas where other means of income are scarce (UNODC 2010). Afghanistan suffers similar challenges in that throughout much of the country, and opium poppies are the only genuinely viable cash crop. In addition, the constant turmoil, extreme poverty, lack of infrastructure, and status as a failed state have long afforded criminal elements associated with the drug trade to grow and flourish (SIGAR 2018).

In both of these cases, the environmental conditions play a role in determining the economic conditions and set the stage for exploitation by organized crime and the drug trade; however, there is a political element to it as well. The Andean states and Afghanistan view the drug trade plaguing their respective countries as primarily a demand problem, U.S. and European predominately, and now too central of a component to their respective economies to seriously combat (Rocha 2007, U.S. Senate 2010).

Bratva, or Russian Organized Crime, has its foundations dating back to the tsarist era in Russia when the ruling class declared ownership of everything, resulting in theft and black marketeering becoming a matter of survival. These criminal activities amplified and expanded after the formation of the Soviet Union, where the Communist government, in an oligarchic fashion, determined what and how much the population could and could not own including necessities. The collapse of the Soviet Union allowed criminal organizations to flourish and provided a measure of security and stability for most of the Russian populace (Utrata, 2014). After the collapse of the Soviet Union, the Bratva has become more involved in weapons smuggling and arms sales through its connections with the Russian military and increasingly recruit members of the former Soviet security, intelligence, and defense forces.

The expansion of Bratva was due primarily to the opportunities derived from the political instability and lack of security after the collapse of the Soviet Union. The recruitment of former security services and military personnel allows Bratva to better exacerbate and exploit instability in other regions through corruption or by providing weapons to both sides of a conflict. The Bratva expansion into other areas of the world increases conflict and competition with other transnational criminal organizations, often leading to the propagation of insecurity and instability impacting the political economies in the contested area (Finkenauer 2007; Utrata 2014).

The political economy factors related to Russia specifically are significant. These factors are relevant because they often serve as destabilizers for other states and regions. It was political economics that helped bring about the collapse of the Soviet Union and has long been a hybrid of statecraft and warfare (Mastanduno 1998; Ripsman 2000). Russia’s ideas of capitalism and democracy maintained many Marxist institutions and ideological thinking that the government had to save the free market from itself and vice versa, allowing Bratva to entrench itself throughout Eurasia (Almond 1991).

The instability and insecurity caused by the prevalence of organized crime will also often be used by more politically and economically stable state actors to influence nation-states with weaker or failing government or financial systems for more significant regional influence and economic gain. Unfortunately, this is often at the expense of the failing state and increases the regional if not global security threats posed by both the entrenched organized crime and unscrupulous state actors (Luna 2012; Mastanduno 1998).

In closing, there is a varied assortment of cultural, environmental, political, or economic factors that contribute to or facilitate successful illicit narcotics trafficking networks in source and transit nations.  Political and economic factors play the most significant role, regional conflict and corruption being the biggest catalysts or perpetrators, but do not discount the environmental conditions that also play a crucial role in creating a narco-state.

The Russian Federation provided examples of how ongoing economic hardships and political instability both aided in the foundation of and perpetuated the growth of organized crime, and the added environmental and infrastructure problems in both the Andean region and Afghanistan exacerbated the security issues. All three examples validate that despite having vastly differing political, social, cultural, and environmental conditions, each region’s instabilities, conflicts, and economic disparities fostered the emergence and expansion of organized crime in their respective areas.

Office of the Special Inspector General for Afghanistan Reconstruction. 2018. Counternarcotics: Lessons from the U.S. Experience in Afghanistan. Washington D.C.

Ripsman, Norrin. 2000.. “The Political Economy of Security: A Research and Teaching Agenda.” Journal of Military and Strategic Studies 3 (1) (Spring), 1-14.