HomePoliticsInternationalFinding a Home: The Beta Israel in Diaspora 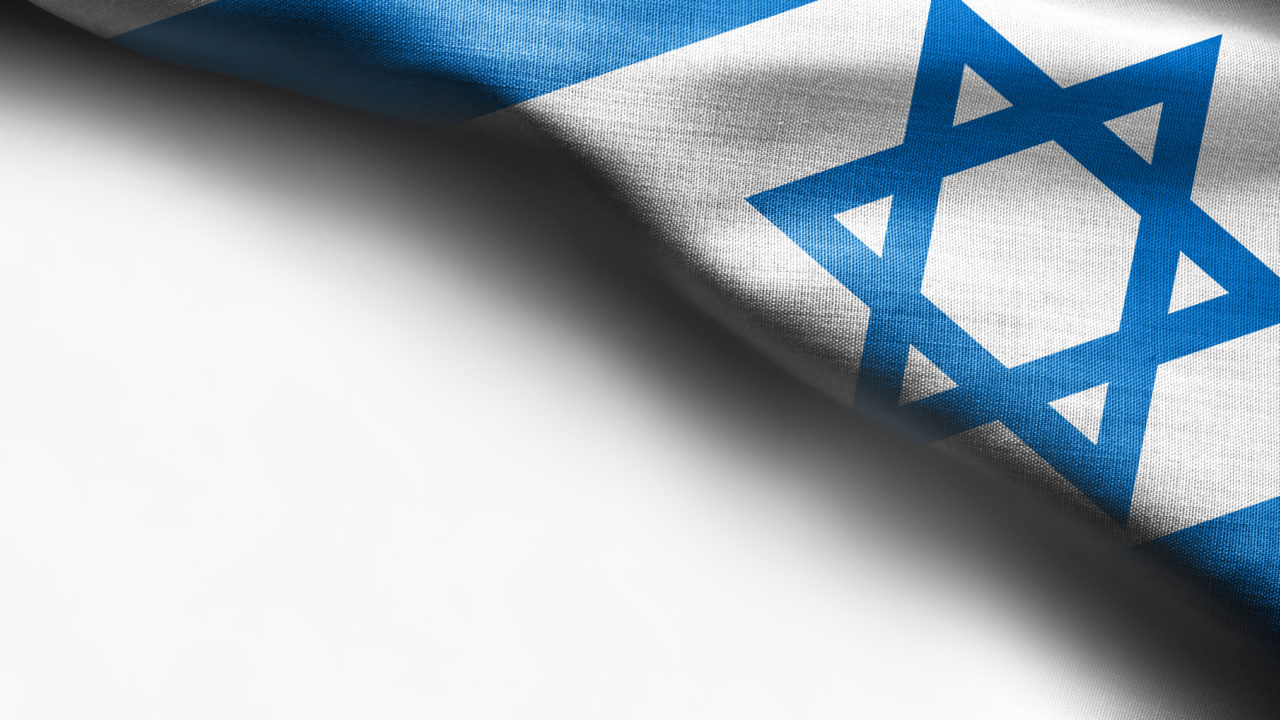 Beta Israel (House of Israel), also known as the Ethiopian Jewry or Falasha (“stranger” or “immigrant”) Jews, present a unique case study into nationalism and diaspora, even by the standards set by other Jewish communities within Israel and across the globe. The Beta Israel are an ethnic group rooted in the pre-Egyptian exilic period almost three thousand years ago. They had developed their own culture, traditions, and even religious practices that became divergent from traditional Judaism practiced by other Jewish sects (Mendelson-Moaz 2013). The intense isolationism of the Beta Israel often led them to believe that they were the actual Jewish people with a divine claim to their place in Israel and created an environment that rarely conformed to Talmudic teachings or laws such concerning marriage and Jewish lineage (Ribner and Schindler 1996).

Identifying as members of the Jewish faith additionally made them targets for persecution and ethnocentric targeting in the region and ultimately led to the mass migration from Ethiopia and the refugee camps of neighboring Sudan to Israel with the aid of the Mossad and other benefactors. Religious identity is often a cornerstone in a people’s national identity, especially within the Jewish community. Still, in the case of the Beta Israel, even in the Jewish state, they are viewed as pariahs and ostracized. The following case study examines the events revolving around the mass exodus by the Beta Israel, the attempt to integrate them into Israeli society, and the nationalist impact on both communities.

The plight of the Beta Israel did not get much mainstream attention outside of the Jewish community before a recent Netflix feature-length film, “Red Sea Diving Resort,” was aired on the video-streaming service but still has failed to garner a great deal of attention (Raff 2019). The film is a fictional retelling of Operation Moses and Operation Joshua (often referred to as Operation Brothers) of the Israeli Mossad actions from 1977 through 1985 to aid in transporting large groups of Beta Israel from Ethiopia and refugee camps in Sudan. However, the reality of the situation was far more complex. Israel’s brief thirty years as an internationally recognized state had created a situation in East Africa that almost necessitated the Beta Israel to flee.

Moreover, Israel had only recently – 1973 – began officially considering the Beta Israel “lost” tribe as members of the Jewish faith and beneficiaries of the Law of Return, allowing them ease of immigration and citizenship in the Jewish state. At the same time, however, Israel was also involved in numerous covert activities supplying and supporting various rebel factions in the region. When a partner state accidentally disclosed these operations, the persecution and atrocities inflicted on the Beta Israel increased (Bar-Zohar and Mishal 2012; Wagan 1991).

Initially, widespread famine in East Africa spurned the exodus of the Beta Israel, and growing civil strife that would almost certainly lead to atrocities against the Jewish population gave it a more intense purpose. Operations Moses, Joshua, and a tertiary one called Queen of Sheba involved numerous plans to get the Beta Israel out of Ethiopia and Sudan and resettled in the Jewish state. Israel initially used truck convoys to transport the Beta Israel to awaiting aircraft. Still, new options became necessary as it increasingly became harder to cross borders and evade checkpoints by wheeled vehicle.

Additionally, the U.S. had been helping with the airlifts but had withdrawn its support after a Mossad spy, Jonathan Pollard, was discovered, again, making exfiltration of the Beta Israel difficult (Bar-Zohar and Mishal 2012). As a result, most Beta Israel refugees had to walk hundreds of miles over extremely harsh terrain from the Sudanese refugee camps or within Ethiopia and Eritrea to a coastal area of Sudan, but thousands perished during the long trek. Once they reached the Red Sea coast, Mossad officers running a dive resort front company met the refugees. They would then ferry the refugees to awaiting ships with the help of Shayetet (Flotilla) 13 Israeli naval commandos.

In 1991, there was exponentially increasing civil strife throughout Eastern Africa, particularly in Ethiopia, and Israel once again came to the aid of the persecuted Beta Israel. The Israeli government began Operation Solomon, conducting a massive airlift operation much more overtly flying thousands of beleaguered Beta Israel from Addis Ababa (Spector 2005). Between the numerous exfiltration operations undertaken by the Israeli government, roughly thirty thousand Beta Israelis could escape and emigrate to the Jewish state. Still, long-lasting geopolitical consequences for Israel would accompany the activities and across Africa and the Middle East due to the exodus. Many Beta Israel members still reside in Ethiopia, but most conceal their true faith to avoid persecution, usually by pretending to be the slightly less discriminated against and oppressed Christians (Orleansky 2015).

At the beginning of the various operations to rescue and patriate the Beta Israel into Israeli society, the host population met them with warm welcomes and eager excitement of uniting all Jewish people in the homeland. However, as time progressed, the ethnic, cultural, and religious differences between the Beta Israel and the traditional Ashkenazi (Yekke or Germanic and Caucuses) and Sephardic (Sabra or Middle Eastern) Jews became more apparent contentious. As a result, many Israelis began to question the motivation and wisdom behind the government’s decision to import such a vast number of impoverished and low-skilled immigrants in such a short period, particularly in light of the almost immediately apparent distinctions between the traditionally recognized Judaic people and the Beta Israel (Chehata 2012).

Moreover, Israeli culture and society were increasingly transitioning to Ashkenazi traditions and values, partly because of the ever-expanding Jewish European immigration. Similarly, the Cold War’s heightened Western influences on Israel and the change were not accommodating to the Beta Israel (Antonelli 1985).

Israel recognized the Beta Israel in 1973 as Children of Israel and having Jewish lineage. However, it would still be required to meet specific criteria established by the rabbinic authorities to be more openly welcome within Israeli society. As a result, the Beta Israel were often subjected to discrimination and badgered into submitting to many Jewish assimilation activities to be recognized and accepted as Jewish. Even then, the Israeli nationals met the Beta Israel with a certain level of animus (Ribner and Schindler 1996).

Additionally, many native and patriated Israelis use the term Falasha disparagingly to identify the Beta Israel, referring to them as strangers, immigrants, or even infiltrators or illegals (Bardfield 1998; Yerday 2018). Although, in 2020, the Chief Rabbinate granted the Beta Israel full and unconditional status as members of the Jewish faith, unfortunately, much of that intolerance was also attributed to racial and ethnic division (Sharon 2020).

Racial divides also became a significant element in hindering integration and assimilation into Israeli society, as did ethnic identity, and placed the Beta Israel into a lower social tier than even Yemenite and other Arab Jewish immigrants. For example, the Beta Israel were traditionally lighter-skinned than most East Africans but, by contrast, have significantly darker skin than most Israelis, setting them apart almost immediately.

Many of those heralding from Ethiopia also tended to be low-skilled and with minimal education placing them in a kind of underclass category that is often viewed with a measure of distrust and distaste by more affluent and educated members of any society (Jewish Virtual Library 2020). These challenges made assimilation and inclusion into Israeli society increasingly challenging for the Beta Israel and have prevented many of them from obtaining a more elevated social status (Chehata 2012; Kaplan 1999).

As a result of these ethnic, cultural, and religious differences, the Beta Israel are in a doubly diasporic situation where they are separated from their true homeland and unwelcome by those supposed to share a common faith leaving them with a fractured identity (Harris 2009). Religious identity is a significant foundation of the Beta Israel as an ethnic group and ties directly to their nationalism. Their religious identity is also the source of what puts them in direct conflict with those who had initially aided in their exodus and welcomed them as brethren.

Furthermore, the religious tensions between Ashkenazi and Sephardic Jews further undermine their ability to “belong” within Israeli society, a crucial component of developing nationalism to one’s host state (Knott 2017). In closing, despite the monumental, dangerous, and geopolitically risky efforts to rescue the Beta Israel and bring them to Israel, they remain a people without a state or sense of nationalism beyond their unique Jewish faith and ethnic origins.

Bar-Zohar, Michael, and Nissim Mishal. 2012. “Chapter 21: From the Land of the Queen of Sheba.” In Mossad: The Greatest Missions of the Israeli Secret Service. New York: HarperCollins.

This first appeared in The Havok Journal on August 30, 2021.