HomePoliticsInternationalChina Is About To Monkey Stomp the S#!t Out of Hong Kong. Here’s Why. 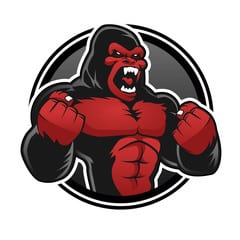 China Is About To Monkey Stomp the S#!t Out of Hong Kong. Here’s Why.
by Scott Faith

I love the term “monkey stomp.” It ranks right up there with “FUBAR,” “SNAFU,” and “BOHICA” in terms of immediate relatability for just about any military veteran. And all of those terms–FUBAR, SNAFU, BOHICIA, and monky stomp–might apply to the current situation in Hong Kong.

The urban dictionary defines a monkey stomp ass, “One of the worst forms of beating another human being. Usually leaves the victim in the ER getting their ear sewn back on.” Ouch. When I hear “monkey stomp,” I immediately imagine a rabid silverback gorilla trampling the subject of his rage into a bloody and unrecognizable pulp. And that’s exactly what China is about to do to Hong Kong.

Oh, you weren’t really tracking this story? Well, you should, because Tiananman Square, Part Two is shaping up right before our eyes. In a nutshell, Hong Kong was a longtime colony of Great Britain until that country ceded sovereignty to China in 1997. Since then, Hong Kong has enjoyed a special status under the “one country, two systems” policy that wasn’t as good as the freedoms they had under the Brits, but was still better than just about anywhere else in China.

There has always been tension between China and its prodigal Hong Kong child, but it exploded after Hong Kong considered a bill that would allow Hong Kong residents accused of certain crimes to be extradited to mainland China for prosecution. Many people in Hong Kong felt–justifiably, in my opinion–that such a change in their laws would be immediately abused by China for political persecution, and would further diminish the limited sovereignty that the city had come to enjoy. So they started a movement.

But now, China has positioned troops nearby, they’ve infiltrated special police, they’re cracking down on social media, and they’re doing a LOT of political signaling indicating that they’ve had about enough of Hong Kong’s crap. Moreover, the protests have gotten larger, more dynamic, and better able to deal with the local police’s crowd dispersal tactics. And, oh yeah, the protesters shut down the airport. Additionally, all of that US flag waving going on inside of Hong Kong has GOT to sting. You know what that means: “Bedtime with Bonzo” is over. “Curious George Tries To Protest” is gone. It’s now time for King Kong to take over.

If you’re still wondering why China is about to beat Hong Kong like it’s a red headed step child, here are a few more reasons:

1) They have to.
China’s biggest concern is internal stability. If the shenanigans in Hong Kong are allowed to continue, they could give other elements inside China some ideas that are a threat to the Chinese Communist Party. The Hong Kong protests are threatening politically stability, economic trade, and China’s political standing in the world. China is going to have to do something about all of that.

2) No One Is Going To Help Hong Kong
The world seems content to sit on the sidelines and watch this one unfold. The UK is studiously avoiding getting deeply involved with its former colony. For its part the US has sent Presidential tweets of support, and probably oodles of “thoughts and prayers,” but are unlikely to put much economic or political pressure (and almost certainly no military pressure) to bear against China.  Not over this.

3)  Taiwan
“That’s a nice, huge country you’ve got there, China, it would be a shame if everyone… declared independence.” China is an enormous country, and has numerous internal fissures. The most conspicuous one is Taiwan, which considers itself mostly independent, but which China considers a renegade province. If China doesn’t stomp out this protest in Hong Kong, who knows where it might spread, and which other semi-autonomous areas *cough-Taiwan-cough* might catch the revolution / independence / protest bug.

4)  China has pinky-promised that they won’t.
China has literally assured the world that this won’t be a second Tiananmen. To me, that’s about as sure an indicator there is that it is about to happen. It reminds me of how they assured everyone that they weren’t REALLY going to militarize their manmade islands in the South China Sea. They weren’t REALLY trying to claim the entirety of the South China Sea through their “Nine-Dash Line.” They’re not REALLY engaging in debt-trap diplomacy through their “one belt, one road” initiative. They’re not REALLY… well, you get the picture.

5)  At the end of the day, they don’t really care about your feelings.  Or your freedoms.
China doesn’t care that much about international pressure, especially when it comes to their own internal security. They’ll crack down on Hong Kong, a lot of countries will engage in pearl clutching and some of the braver ones might implement some kind of short-term economic sanctions. But almost every country in the world is scared of China right now. And they should be.  China has, can, and/or will bully just about every nation in the world. Except one. And they’re probably going to mostly sit this one out, despite all of Hong Kong waving their flag.

Maybe this will work itself out, and cooler heads will prevail. But right now, China’s probably looking at the SNAFU happening right now and is preparing to make someone FUBAR. BOHICA, Hong Kong. Prepare for the monkey stomp.