HomePoliticsInternationalChina Creeps Closer: “Creeping Normalcy” and the Threat to the U.S. 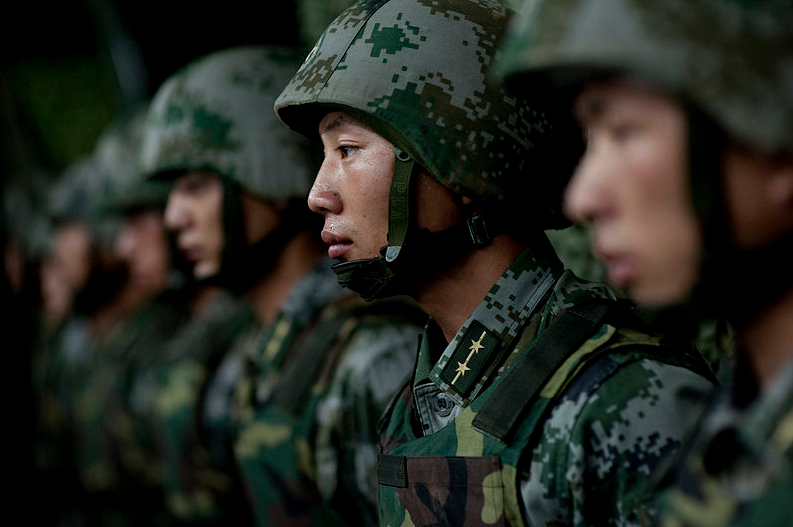 Fueled by a skyrocketing economy and dreams of worldwide dominance, and perceiving a greatly-weakened United States, China is upping the stakes through the policy of “creeping normalcy.”

As the name implies, China’s policy of creeping normalcy (also known as creeping normality) involves slowly creating conditions that if implemented immediately might lead to war, but which if undertaken slowly, will slowly become normalized and accepted. This might involve, say, stealing other peoples’ islands and then building military bases on them. Or using the benign-sounding “Belt and Road Initiative” to slowly take control of strategic resources like ports and airfields in other countries. Or making ridiculous territorial claims such as the nine-dash line in order to, over time, be able to state “We’ve been calling these areas ours for years!”

The above examples are some of the big ones, but sometimes the smallest and subtlest creeps can produce big results. And now, that Chinese “normalcy” has crept closer to U.S. territory. China is reportedly in talks with the island nation of Kiribati to lease the rights to an airbase and related infrastructure in the tiny island nation. This blossoming relationship is a bit ironic since the island nation is particularly vulnerable to the effects of global warming, of which China is, of course, the greatest global culprit.

Kiribati is about 2400 or so miles, or a little longer than the drive from New York City to Salt Lake City, from key U.S. bases in Hawaii. Given that China’s Xian H-20 stealth bomber range is something like 7500 miles, the Hawaiian Islands—and their strategic naval and air forces—are an easy round trip flight away. Depending on the weapons they are carrying, those same bombers may even be able to range targets inside of California after sortieing from a base in Kiribati. This is clearly an attempt by China to project power past the “second island chain” and into the Pacific Ocean and is of strategic concern to the U.S.

Given China’s penchant for debt-trap diplomacy and for throwing huge sums of money at very poor nations, it seems likely that Kiribati (and many others before and since) will fall completely under China’s control. In fact, China is already suspected of influencing Kiribati to withdraw from the Pacific Island Forum, a security and economic co-op that also features Australia and New Zealand, with whom China is regularly at odds.

At this point, many people will wonder why this part about Kiribati matters. Most Americans will have never heard of Kiribati and would almost certainly not be able to find it on a map. But that’s not a bug in the Chinese system, it’s a feature. They will creep and normalize, and over time the West will wake up one day and why China “suddenly” rules the world.