HomePoliticsInternationalBartering with Fenrir: When is it Acceptable to Negotiate with Terrorists 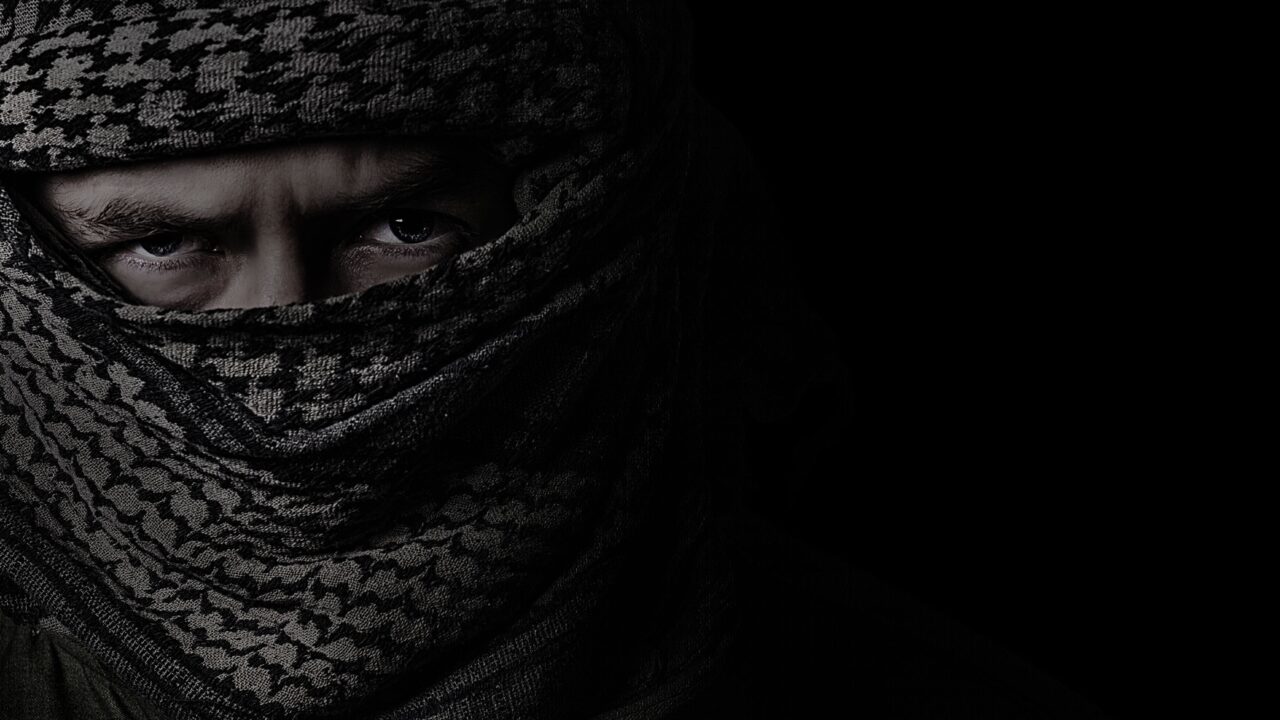 In Norse Mythology, prophecies foretold of a monstrous wolf named Fenrir who would play a role in Ragnarök – the world’s destruction and the gods’ death. The Asgardian gods had to use trickery in an attempt to bind the wolf to prevent or at least delay its role in the envisaged apocalypse. Sensing the gods’ deception, Fenrir refused to be chained unless one of the gods would place their hand in his jaws as a pledge of good faith. Knowing that it would mean losing a hand and breaking an oath, only Tyr, the god of war, would volunteer to satisfy Fenrir’s demand. When the wolf discovered he could not escape from the enchanted chains, he bit off and swallowed Tyr’s hand.

In the modern context, governments often have to make great sacrifices to achieve peaceful resolutions to conflicts. Unfortunately, these sacrifices can mean negotiating settlements and dealing with insurgents, violent extremists, and hostile non-state actors. The most current and contentious example is that Presidents Trump and Biden have received widespread and bipartisan condemnation for bargaining with and forming accords with the Taliban. However, history would show a precedent for “negotiating with terrorists,” and there is often room for realistic parlay.

The following article will examine past cases from recent history where governments have effectively deliberated peace with insurgents, violent extremists, and other hostile non-state actors and the conditions that facilitated the successes. Hopefully, contemporary decision-makers can use these cases to blueprint for less contentious and more amicable relations with the Taliban and future insurgencies.

The Palestinian Liberation Organization (PLO) is one of the more famous examples of negotiating with terrorists. The PLO and its militant offshoots, Fatah (the current Palestinian Authority) and PFLP (Popular Front for the Liberation of Palestine), sought autonomous rule for Gaza and the West Bank territories. They had long conducted terrorist attacks against Israeli, American, and European targets to exert political influence in favor of their cause. This article will not go down the rabbit hole of subnational identity politics or the legitimacy of the PLO’s grievances. Instead, it will focus on how and why Israel and the West brought them to the negotiating table.

Here is an abbreviated history of the conflict for context. Within days of Israel gaining its independence from the U.K. in 1948, the Palestinian residents began an armed uprising and Israel’s Arab neighbors attacked on their behalf. Finally, after several years of fighting, Israel and its Arab neighbors reached an armistice, with Jordan and Egypt maintaining control of the West Bank and Gaza, respectively. After that, the peace mostly held until the Six-Day war in 1967 when Egypt, Syria, Jordan, and Iraq again attacked Israel.

At this time, Israel seized vast amounts of territory from the former three Arab states, including Gaza and the West Bank. Then, in 1973, during the Yom Kippur holiday, Egypt and Syria again invaded in hopes of regaining their lost territories, at the least, and destroying Israel at best. Once more, Israel beat back the invaders but not before losing a good amount of the Sinai Peninsula back to Egypt, but still retained Gaza and the West Bank control. Throughout these conflicts, a large segment of the Arab Palestinian population found themselves in diaspora, living either in refugee camps in neighboring states or emigrating to other friendly Muslim countries. From these areas, the PLO began its “any means necessary” campaign of terrorism.

After over a decade of terrorism, the PLO leadership began to realize that these tactics were undermining and disrupting their efforts to gain legitimacy. However, it was not until the collapse of the Soviet Union and the dramatic reduction of state sponsorship to finance operations that the PLO executive committee decided to attempt to legitimately broker peace with the Israelis. As a result, the secretive 1993 Oslo Accords changed things for Israel and the Arab Palestinians. Both parties initially agreed to mutual recognition and then later limited self-rule of the Palestinian territories. A key component to the success was that the PLO was vulnerable, and Israel could more effectively negotiate compromises that both parties could accept. However, the relationship between Israel and the Palestinian Authority – the successor of the PLO – is still highly contentious and peace is a work in progress. Nevertheless, the Oslo Accords set contemporary precedence that there can be benefits to negotiating with terrorists if conditions are right.

The Irish Republican Army (IRA) and its political faction, Sinn Fein, provide another example of legitimizing negotiating with terrorists when the right conditions present themselves. Of course, peace is still forthcoming, but the stability and security conditions in Northern Ireland and the rest of the United Kingdom have vastly improved as a result.

The IRA established itself in 1919 as a militant wing to gain independence from British rule and possible reunification of the two Irelands. They often worked closely and in conjunction with the Irish nationalist party, Sinn Fein (Gaelic for ourselves alone), as their political wing. However, in 1969, the IRA became divided into two camps: officials and provisionals. This split was much like its original relationship with Sinn Fein. The officials sought peace through politics and diplomacy, and the IRA provisionals wanted to continue militancy and an armed insurgency. As a result, the IRA continued its violent campaign for nearly thirty years, dubbed “The Troubles” by the British government, with a bloody back and forth between the IRA, Ulster loyalists (British nationalists), and British troops.

Secret talks once again led to a ceasefire agreement in 1994 between the IRA and the British government. The two catalysts to these agreements were the IRA losing popular support over their violent tactics and civilian collateral damage. Also, as with the PLO, the loss of foreign state sponsorship after the Cold War concluded played a significant role. After that, however, neither would sign a formal peace settlement until the Good Friday Agreement in 1998, and Sinn Fein would become much more influential in Northern Ireland’s general assembly. Extremists within the provisionals would continue the violence for another seven years when the IRA officially declared its disarmament and volunteer militias disbanded. Once again, it served the interests of the British government to negotiate with violent extremists in the interest of peace and mitigate civilian casualties.

Fuerzas Armadas Revolucionarias de Colombia (FARC; Revolutionary Armed Forces of Colombia) is a Marxist-Leninist guerrilla faction founded in 1964 after government forces attacked a communist party sympathizing village. Like the previous two examples, FARC has a subsidiary political wing, the Patriotic Union, closely allied with the Colombian Communist Party. Although founded as revolutionaries and “the people’s army,” FARC regularly financed their operations with kidnappings and the drug trade, specifically cocaine.

Peace talks with FARC first began in 1984 but were largely unfruitful because FARC did not believe the reforms were adequate, and they were still engaging in kidnappings, ambushes, and narcotics trafficking. Right-wing paramilitaries and private militia death squads further complicated the negotiations, and talks stagnated. However, international counternarcotics assistance and FARC’s indiscriminate kidnappings and drug-related violence gradually undermined their regional influence. FARC began dramatically losing popular support, which they depended on for recruitment and passive and active assistance, and the increased effectiveness of counter-drug operations disrupted their financing.

In 2015, FARC agreed to another ceasefire and came to a disarmament agreement with the Colombian government in exchange for legitimate political representation within the country’s parliament. The peace agreement has mostly held firm, FARC’s new political party securing five seats in each the Colombian House and Senate. However, there are naturally dissident members still engaging in violence and drug trafficking. Thus, FARC represents the third case where governments have successfully participated diplomatically with insurgents, violent extremists, and hostile non-state actors to mitigate the violence.

The Taliban and Future Threats

In closing, each of the three cases above shares some commonalities with the Taliban, however obscure, and represent an objectively optimistic view on engaging with them at the negotiating table. One should remember that before the 2001 invasion, the Taliban was the governing body in Afghanistan, regardless of how they ruled the failed state. One should also acknowledge that the U.S. and its allies could not militarily withdraw from Afghanistan without some ceasefire agreement with the Taliban in place; the Taliban had too much influence and was unwilling to surrender unilaterally. However, the negotiations needed to be condition-based with tangible benchmarks and definitive responses for nonadherence to the agreed-upon terms.

Bagram Airfield was required to be maintained as a strategic asset for regional influence, to support the Afghan security forces and the U.S. diplomatic personnel, and as a visible reminder of enforcing the established terms. The U.S. and its allies no longer have “a stick” to hold the Taliban accountable for civil governance. The Taliban are the party negotiating from a position of power. They have little incentive to change their activities through diplomacy or economics, and there are significant impediments to future U.S. military responses. The U.S. and its allies should remember this failure and refer to the more successful cases outlined above. There is a precedent for negotiating with terrorists, even when it may cost one a hand in the effort if it serves the greater good long-term.

This first appeared in The Havok Journal on November 17, 2021.