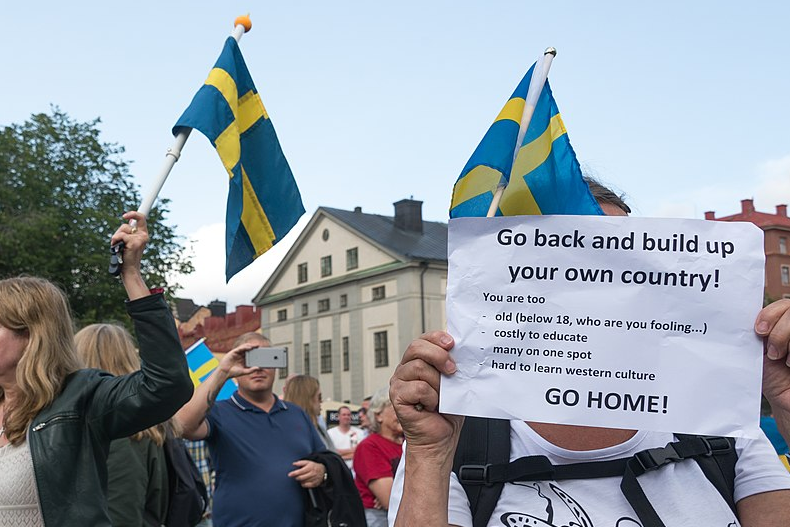 To examine whether or not nationalism and democracy are compatible, one only has to look at the population of a nation-state and its desire for autonomy and self-determination. International security studies scholars often define a nation-state as a self-governing entity whose population shares a common language, culture, and history or lineage, and nationalism has traditionally been considered the manifestation of a people’s national identity (Woods and Debs 2013).

David Rapoport’s “Second Wave of Modern Terrorism” was largely anti-colonial. Still, autonomy, self-determination, and self-governance were the foundations of the revolutionary movements, especially after being dragged into World War I by their colonial masters, with whom they did not share a national identity (2019). Nationalism and revolution are often intricately intertwined, and from the French Revolution to the Arab Spring, democracy over authoritarianism is tied to those nationalist ideals (Unwalla 2015). Multiculturalism and globalism often conflate with being pillars of a productive democracy, opposing the principles of nationalism. Democracy, however, is the quintessential form of self-governance where the people have an active role in selecting their representative government, and those elected to those offices are most often representative of the national identity.

One of the best examples one can refer to in making the case that democracy and nationalism are compatible, at least more so than globalism and democracy, are the post-communism Balkan states. After the collapse of the Soviet Union, it became clear that Yugoslavia would not survive as a multiethnic democracy, and in the national interests of the respective ethnic groups – Croats, Serbs, Bosnians, and Slovenians – they would need to form their nation-states (Harris 2009). The succeeding conflicts in this region during the Yugoslavian transitional period largely stemmed from the rapid rate at which the nations established themselves and the lack of inter-party debate, not from a lack of cohesion between democracy and nationalism. Quite the opposite, democratization not only contributes to nationalism but especially in weak democracies, relies on nationalism to establish a new state (Harris 2009).

To revisit the issue of multiculturalism and globalism working in opposition to those of nationalism and even democratic representation, mass migration into a state by another ethnic, cultural, or religious group will invariably incite conflict, as is being seen throughout many Western nations. The clashes of cultures, especially when state governments and the international community force a host nation’s populace to make accommodations for immigrant non-assimilation, have spurned a dramatic uptick in nationalism, such as the violence revolving around the cartoon depictions of the Islamic prophet Muhammad (Agius 2016).

Two trains of thought drive modern nationalism stemming from increased immigration and multiculturalism: security and culture. People often cite security as a primary concern, such as the previously mentioned cases over cartoons and others like the murders of Theo Van Gogh and Lee Rigby, but also the social and societal impact of a rapidly shifting security culture (Cristea 2015). Closely related is the cultural aspect.

The immigrant community’s resistance to integration and assimilation into the host nation’s culture cultivates social unease and fears of losing autonomy and self-governance. Sweden is a prime example where cultural distinctions between the neoliberal society are at odds with a vastly different Islamic community putting the two at odds, and the Swedish people and government have to decide at what point their tolerance and inclusivity should extend (Erikson 2018).

In closing, nationalism and democracy would appear to be not only compatible but interconnected with one another. Nationalism stems from a people’s connection to their national identity and desires for self-determination and autonomy, a fundamental tenet of a thriving democracy. Finally, forced multiculturalism and globalism erode national identity. The subsequent byproduct increases nationalism to preserve the ideals of a representative government by and for the people and the societal sovereignty of an individual nation-state, as was demonstrated in the post-communism Balkans and present-day Scandinavia.

Agius, Christine. 2017. “Drawing the Discourses of Ontological Security: Immigration and Identity in the Danish and Swedish Cartoon Crises.” Cooperation and Conflict 52, no. 1 (March 2017): 109–25.