HomePolitics5 Takeaways from the Funeral of President George H.W. Bush 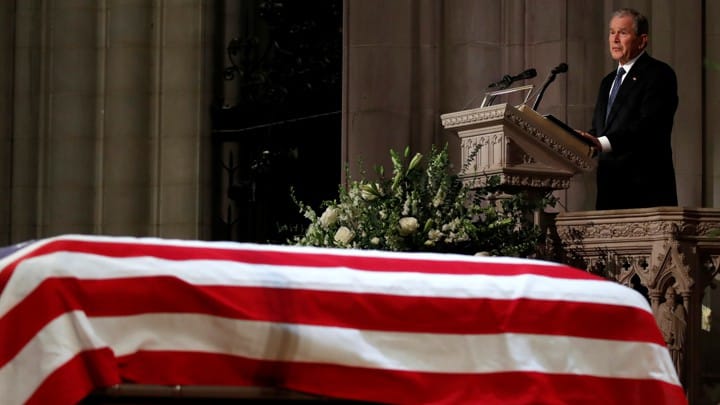 Watching the funeral of President George H.W. Bush is something I wish all Americans could have watched. It was one of the most moving services I have seen to date. Listed below are five key points from the funeral of our 41st President I hope others will take to heart.

Last but not least….

George H. W. Bush was a vibrant man. And today, if for just one moment, we can learn so much about who we are as a people and the work we need to do to better not just ourselves, but our very community in the world in which we live. If we simply just take the time to embrace just a few key points which he has left us with to make this a kinder and gentler world.