CIA/NSA turncoat Edward Snowden has been in the news a lot lately.  He was nominated as Time’s “Person of the Year” for 2013[1] (he didn’t get it) lobbied for permanent political asylum in Germany, Russia, Ecuador and Brazil[2] (he didn’t get that either), and was listed Foreign Policy Magazine’s top “Global Thinker” for 2013.[3] Some people even want him to receive the Nobel Peace Prize[4], and given the anti-American, pacifist bent of that committee, he’ll probably get it.

Snowden himself recently issued a public “mission accomplished”[5] statement claiming his work is “already done.”  With the New York Times and The Guardian newspapers now clamoring for clemency,[6] and people tripping over themselves to hold him up as some kind of hero,[7] I think it’s time to remind America why Edward Snowden still sucks.  Here are three reasons why:

1)  Sorry, Edward Snowden is not a “whistleblower.”
Whistleblowing implies some kind of crime was committed.  As far as I can tell, up to this point the only clear-cut breaker of US laws revealed though Edward Snowden’s actions is… Edward Snowden.  “But what about the Prism?”  Prism was established through US laws and overseen by an independent judiciary.  Members of Congress were briefed on it.  While certainly controversial, it was not illegal.

It’s understandable that people are concerned about personal privacy and government overreach; I too am concerned.  Some people try to use these concerns to form a normative ethical argument that rationalizes a defense for Snowden’s actions.  But considered as a whole, Snowden’s actions are indefensible; there were numerous venues available to him if he suspected something that his employers were doing was illegal.  He could have started by going to a supervisor, or an in-house inspector general, or to a federal judge, or a member of Congress, or any of a dozen other US organizations that exist to support genuine whistle-blowers.  Instead, Snowden went to the newspapers and… Hong Kong?  And then to that beacon of government transparency and individual freedom, Russia?  Give me a break. 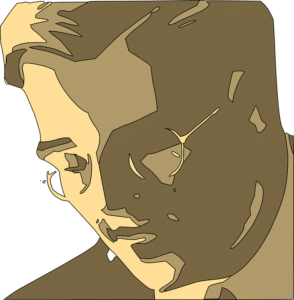 2)  The information he compromised harms the US.
Much of what Snowden revealed, or claims to have in his possession, involves classified information that breaks no US law.  The secrets he compromised harms the US’s ability to collect, process, and disseminate information that can be used for intelligence purposes to promote and protect the US, our allies, and our interests.  His revelations also caused harm to the US’s relationships with key allies, despite the fact that the kinds of collection that the US is purported to is the same kind of things that all governments do, or try to do, to each other.

Additionally, this kind of thing actually makes information sharing worse, not better, and reduces transparency instead of increasing it.  My whole career inside the intelligence community (IC), I have worked for greater information sharing and transparency.  There are some, myself among them, who believe that the 9/11 attacks may have been prevented if the kind of information sharing subsequently forced onto the IC would have been in place years earlier.  But compromises on the order of Edward Snowden give the IC a reason to contract, and to roll back efforts to share information and promote transparency.

Because of this incident, and others like it, classified information is going to be more compartmentalized and tightly controlled, thereby reducing not only legitimate access to this information, but also the number of eyes that might fall upon it and say, “something is not quite right here.”  Because of Snowden and people like him, the IC is going to go back to the bad old days of intelligence stovepiping.  The last time we had a system like that, planes crashed into towers.  When that kind of thing happens, the IC is granted sweeping new powers.  Do we want that to happen again?

3)  Stop ascribing noble intentions; he most likely did it for the fame.
Many people seem to think Snowden gave up closely-held US secrets for some kind of noble purpose.  That’s possible.  But it’s equally likely that he simply saw his opportunity for life-long fame, and he took it.  Without these leaks, Edward Snowden is a nobody, an information technology technician buried in a boring, going-nowhere support job.  With them, he is no longer an insignificant information tech whiling away his off-duty hours watching Dilbert re-runs, he now lives an exciting life full of attention and aggrandizement.   People care what he has to say now, and not just because their computer monitor is broken or they forgot their email password.  It’s a true attention whore’s dream.

It’s clear through the published interviews with him and his own press releases that he relishes the attention and the lifestyle he now leads.  Since he betrayed the US and not say… Russia or China, the chances that some kind of bodily harm will befall him over what he did are just about zero.  No palladium-laced nightcap or ricin-tipped umbrella for him, and as long as he remains ensconced in a country that won’t deport him to the US, he doesn’t have to worry about “extraordinary rendition” either.  No doubt he will cut a movie and/or book deal, between this, private donations, and the financial and political support from countries that wish the US ill, he won’t have to worry about much over the next couple of years.

So what “is” Snowden?
There are plenty of words that might fit:  traitor, turncoat, spy, concerned citizen, anti-secrecy crusader.  But whistleblower is not one of them.  Neither is “hero.”  There are plenty of people who deserve those monikers; Edward Snowden does not stand among them.  The New York Times suggests clemency, or a plea deal, that allows Snowden to return to the US.  Clemency is a non-starter.  But a plea deal that involves a complete elocution and a life sentence in a federal prison in exchange for taking the death penalty for treason of the table might be negotiable.  But he won’t take it, or any deal in which he sees the inside of a prison, at least not voluntarily.  He has had a taste of the heady high life, and he won’t be giving it up.

This first appeared in The Havok Journal September 30, 2014.