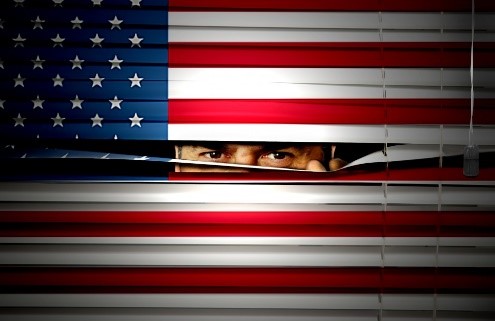 It took the bombing of the World Trade Center in 1993, the bombing of the Khobar Towers in 1996, the US Embassies in Tanzania and Kenya in 1998, the USS Cole in 2000, and then, finally, 9/11 for us to actually engage Al-Qaeda in its operational hub in Afghanistan. (It’s worth remembering that most of these attacks occurred before the supposed terrorist recruiting bonanzas of Abu Ghraib or Guantanamo Bay. In fact, they happened while we were engaged in saving Muslims from genocide in Bosnia. So much for thinking that jihadists have rational, foreign policy-based reasons for attacking us.)

OK, maybe Afghanistan’s a bad example, but if there’s one thing that everyone from Hillary Clinton to Donald Trump can agree on, we sure overreacted in Iraq.

But did we really? In the wake of 9/11, with the country unsure where the next threat would come from, what was more prudent — to take at face value the multiple saber-rattles of a man with the demonstrated motive, means, and opportunity to use WMDs (let’s remember, he had done so before) or to blithely assume he was bluffing? Rather than overreacting, our initial failures in Iraq were the result of Donald Rumsfeld’s “light footprint” strategy — it was only the subtle-as-a-sledgehammer surge (coupled with the Sunni Awakening), that actually brought a tangible measure of stability to Iraq.  And then, when all is said and done, it turns out that there were WMDs in Iraq. So how much did we really overreact?

In fact, our failures have been born out of underreaction. Over the past 7 years, in particular, we have managed a collective shrug in the face of looming threats, opting to nurse threats to maturity rather than strangling them in their infancy.

The President began his term by presenting Russian Foreign Minister Sergei Lavrov with the laughable and infamous “reset” button designed to undo the “overreactions” of George W. Bush. In gratitude, Russia has since annexed Crimea, destabilized Ukraine and Georgia, threatened everyone from Sweden to Estonia, and has chaired the rogues’ gallery of bad actors keeping Bashar Al-Assad entrenched in Syria.

The President extended an open hand to Iran even as it executed its own students and democracy activists in the streets. Iran’s punishment? The lifting of economic sanctions and acceleration of their nuclear program thanks to a “nuclear deal” which Iran, without signing, has still managed to violate at least twice. The President bowed, literally and figuratively, to China — which responded by extending its reach, not only over the South China Sea but also over Latin America and Africa. Oh, and it also stole all the personal information on US intelligence personnel going back to the 1970s. No biggie.

After fighting tooth and nail to achieve base levels of stability in Afghanistan and Iraq, the President capriciously drew down our forces and erased the gains of the past 14 years, reestablishing the Taliban as the driving influence in Afghanistan and replacing Baathist tyranny with Iran-backed Shia sectarianism in Iraq. It wasn’t our invasion of Iraq that created Daesh — it was our precipitous and politically motivated withdrawal. Of course, Daesh wasn’t really a threat, it was merely a “JV team” that beheaded American aid workers and journalists without significant repercussions.

To be fair, it wasn’t simply our withdrawal that contributed to the rise of Daesh. It was also our underreaction to Bashar Al-Assad. By tolerating his mass attacks on his own people, backing down from our own ultimatums, and, now, acquiescing to his sustained rule, we successfully avoided overreacting. The millions of refugees flooding the map from Turkey to Germany (not to mention trickling into the US and Canada) can thank us later.

From Benghazi to nuclear proliferation, the President has crafted a legacy of historic and deadly underreactions.

So what do we do now? As our options dwindle by the day, full-blown wars become more likely, not less. That doesn’t mean there isn’t time to correct the course.

I’ve written before that the root cause of most wars is the perception of weakness. Our underlying strategy must be to project power. Military spending needs to increase, the fleet needs to modernize and expand its capabilities. Recruitment should be ticking upwards, not plummeting downwards. We should be sending signals that the US is capable of bringing the fight to anyone, anywhere.

The Russians, in particular, have spearheaded the art of “special warfare” — bundling espionage, propaganda, assassination, and plausible deniability into target areas.   The US needs to respond, if not in kind, at least in effect. We need to engage in vigorous counter-messaging, whether through overt means like social media and Voice of America or less-overt third parties, allies, and activists. We should not shy away from helping governments out or helping governments out.

Why? Because we don’t want war. There are a lot of rungs in the ladder between where we stand now and dropping the 82nd into the jungle. But we need to start climbing that ladder. We need to embrace all the elements of the information operations spectrum, using active psychological measures designed to elicit caution from our enemies — encouraging their best behavior rather than enabling their worst.

Like the President, I believe the “arc of history bends towards justice” and that our enemies, from Daesh to Russia, will find themselves on “the wrong side of history.” But, in the meantime, how many will have to die waiting on “history?” The difference between defeating the Third Reich in 1945 and squashing it in 1938 would have made a big difference to six million Jews, not to mention millions of civilians and military personnel across the globe.

So how many people are we willing to sacrifice in the name of not “overreacting?” San Bernardino only killed 14 people. Should we wait for a Paris-like 186? Unlike the President, I’m not willing to shrug off innocent or preventable deaths to bear passive witness to the magic of “history.” The longer we maintain our course of underreaction, the greater the likelihood that the only options left to us will be extreme ones. And none of us want that.