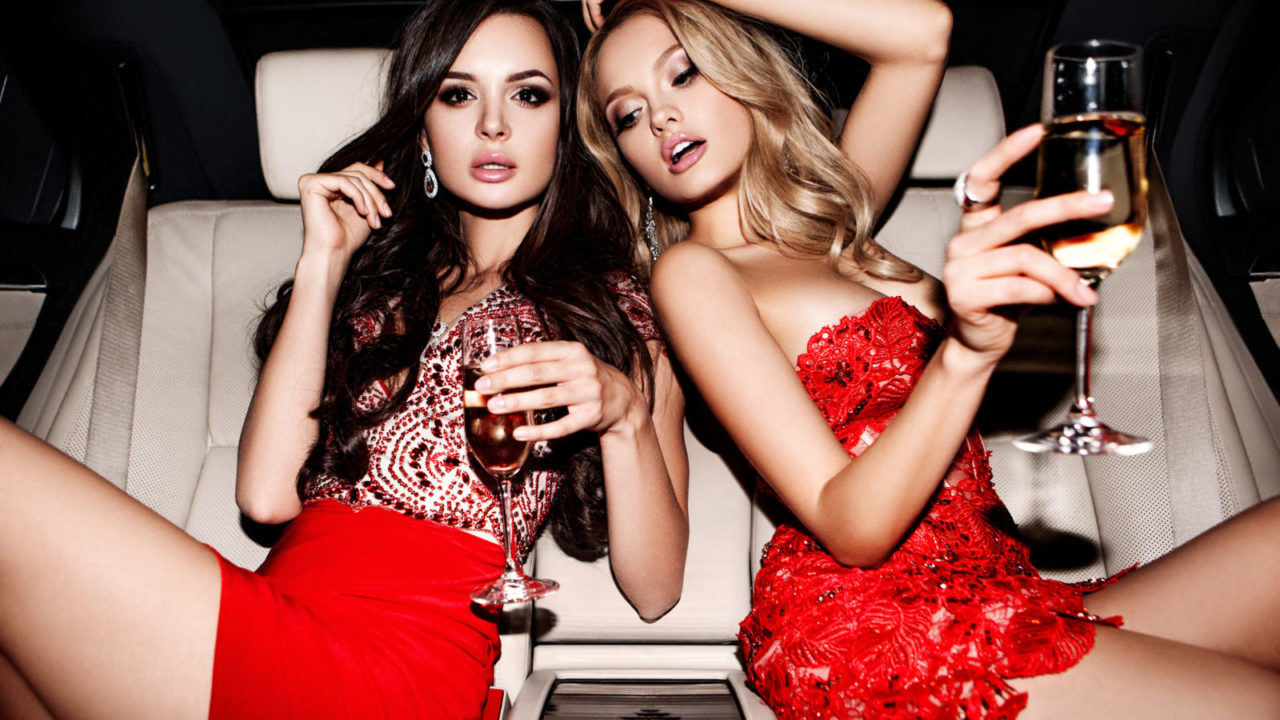 National security is becoming a sexy topic again. Thanks to the Daesh attacks, foreign policy, military concerns, and intelligence issues are as hot as Kylie, Kourtney, and Kendell. A re-energized American public now re-litigates issues like the Iraq War, the profiling of Muslims, and the length of leash we should give the NSA.

Yet the issues remain muddled. It’s hard to decipher the Pentagon’s jargon, the politicians’ posturing, and the intelligence community’s secrecy. Especially if you have no first-hand experience to guide you. After all, less than 1% of the US population has served in the military since 9/11. And even fewer have experience in the alphabet-soup of law enforcement or intelligence agencies.

But damn near everyone knows what it’s like to get buzzed on a Friday night. A lot more people go to nightclubs than to MEPS. But here’s the thing — if you really want to understand the national security issues of today, you just need to understand the security of your Friday night watering hole. What can the velvet rope teach us about border security? What does the size of the bouncer have to do with the defense budget? How is Iran like the partygoer who cops a feel on a passing waitress? Here are the five biggest lessons that nightclubs teach us about national security. You’ll never look at a nightclub the same way again.

1.  The Velvet Rope. The first nightclub I bounced in was a rooftop bar with only a five-foot abutment ringing the roof. The club sat on top of thirteen stories of hotel rooms that catered to the party set. And it was located in downtown LA (before its multimillion-dollar revival). As the only swank nightclub in downtown at the time, it was a target for partiers of every socioeconomic class as well as every transient, gangbanger, call girl, and MMA thug. Oh, and we also had to worry about jumpers looking for a glittery suicide. In short, it was a property rife with the liability issues posed by a dizzying array of potential sources. So, when we manned the velvet rope at the front door, we didn’t just check IDs. We scanned the people as they passed in front of us. Did they have red eyes? Gang tattoos? Bulges where a gun or knife could be? Could they stand up on their own or were they too drunk already? Were they pissed off? Were they carrying a grudge? Had we ever 86’d them before? That wasn’t all. We were master profilers. None of us wanted to earn our $13/hour the hard way, so we favored parties of girls over parties of guys and we favored suits and ties over NFL jerseys and do-rags. We reminded disgruntled patrons that entrance to the club was a privilege, not a right. Every night, I’d end up dealing with pissed off people that we’d turned away, but I never had a major physical altercation.

Of course, there were other ways to run the velvet rope. When I worked a nightclub on the Sunset Strip, we barely screened at the door. The club was smaller and had less obvious risks, but it also just wanted to make more money by flooding the place with patrons. The result? I laid hands on people every night. Our waitresses were harassed more often, fights broke out frequently and even our door girl was knocked unconscious. Our incident report binder was three times the size of the one I’d had downtown. Lesson learned — if you don’t stop the problems before they come inside, prepare for a messy extraction of the problems later on.

2.  Peace at all costs is a pretty high price. One night, a dude put his hand up a waitress’ skirt. Now usually, he’d have been spitting Chiclets out of his mouth for a move like that. But this dude had rolled deep — at least eight defensive-linemen-sized cats in his posse. Our team was small (that night, only five of us), unarmed and overworked already. Then the dude flashed a gun at me and my boss. My boss opted for the better part of valor and instructed us to leave the dude and his party alone.

I was shocked — I knew we were waist-deep in trouble, but I’d never seen us back down from a righteous fight. The dude knew he had backed us down, he knew the power of his gun and he knew he had the run of the place. Our waitress was at his mercy, and so was the rest of the club (whether or not they knew it). I confronted my boss and we argued until, finally, we agreed to pretend that the cops were emptying the club because someone had seen the dude’s piece and called 911. We offered to sneak homeboy out the back so he wouldn’t get caught. He accepted and we got him and his crew out of the club without any issues.

The lesson? Not every fight requires muscle. But every righteous fight requires a righteous resolution. As we saw when we failed to support Iran’s Green Revolution, or when we equivocated about Russia’s invasion of Crimea, the false peace of capitulation to thuggish tyranny weakens our allies, discourages the victims, and emboldens our enemies.

3.  Perceived weakness leads to war. Slashing defense budgets sends a signal to our enemies. So does cutting troop levels and handcuffing the NSA. That’s why bouncers tend to be big. Their size discourages a lot of violence before it ever starts; it gives the perception of strength.

Of course, our enemies don’t merely watch our budgets, they also watch our actions. Playing golf following the beheading of an American, dismissing organized terror attacks as the work of “isolated extremists” or twisting ourselves into pretzels to ignore terrorism under our noses gives our enemies the impression that we will tolerate repeated attacks before considering more forceful or more effective options. If we want peace, we need to act in a way that encourages our adversaries to act peacefully.

Take me, for instance. I was an average-sized white kid who, at one club, worked most of my shift solo. If you were looking to make a statement in a club, on paper, I was your huckleberry. So I worked overtime to discourage violence. Every word I said in front of the party people was said for a calculated effect. I tried to project confidence, maturity, and sobriety. I didn’t issue ultimatums I couldn’t back up. I wouldn’t tell an angry dude that sticking his finger in my face was going to get him thrown out unless I knew I could do it. And if I saw a drunk mouthing off at another customer after repeated warnings, I’d run him out the back door and chuck him onto the sidewalk. I needed to be willing and able to back up my rhetoric — otherwise, why would anyone take this white dude with the long hair and biker gloves seriously? Why would Assad (or Daesh, for that matter) stop using chemical weapons in Syria after President Obama publically established “redlines” that he then ignored? Oh, they wouldn’t.

Now, as much as I endowed myself with an air of “don’t mess with me,” it didn’t always work and I’d get tested. There might be passive-aggressive smartasses that would pat me on the head or stiff-shoulder me. Or there could be wild-eyed drunks who’d take a swing at me. And, of course, there were times fists were already flying before I ever got there. In all cases, optics were as important as result.

While there were times it might have been effective to pull guard and try for a guillotine, it looked much weaker than shooting a solid double-leg takedown and smothering my opponent from top position. So when I did engage, I made sure it was impressive. I made sure that I’d end the fight with a throw or a takedown. My actions weren’t taken just to end the fight I was in; they were to discourage future fights from ever happening. When the US decided to engage Daesh with a strategy straight-jacketed by both restrictive rules of engagement and limited scope, Daesh was not only emboldened, it was able to credibly convince others to swarm to their cause because they were having “success” against the US.

4.  Don’t salt the wound. As necessary as it is to convincingly defeat an enemy, it’s equally important to not embarrass them to the point they’ll be set on revenge. I mean, look how well humiliation worked when we tried it on Germany after WWI.

I worked relentlessly on my grappling because it left a lot fewer marks on my opponents than right crosses and left hooks; it’s harder to forgive and forget black eyes and broken noses when you have to look at them in the mirror every day. Transitioning my positions from north-south to knee-on-belly, I could prove myself the better fighter, discourage my opponent from continuing the fight, and, most importantly, give him the opportunity to walk away unscathed. The unhinged male ego of gangbangers, in particular, tends not to forgive getting marked up. And I was easy to find, working at the same clubs seven days a week. So allowing my opponents to save face and walk away with a modicum of dignity was just a good security practice. That said…

5.  If you’re going to fight, fight. The only time I ended up in a hospital was because I was determined, in my “win hearts and minds” way, to grapple at all costs — it took me sixteen minutes to finally throw the punch that ended the fight. As important as it is not to issue meaningless ultimatums or allow your enemy to save face, neither is as important as winning — the clubs don’t treat noble losers any better than the Germans treated the French from the Franco-Prussian War to WWII. So once the line has been crossed and you need to commit to a fight, go for it.

After my hospital visit, I became a hell of a lot less nuanced in my fighting. I wanted the good optics, I wanted to give my opponent a chance to save face, but, first, I needed to win. Hey, it took two atomic bombs for Japan to become a peaceful, independent nation, I had no reason to hold back on a fight-ending uppercut. Maybe that’s something that even the Kardashians can understand.

This first appeared in The Havok Journal on December 28, 2018.