HomeNational SecurityMaybe We Should Just Get It Over With: The “Global, Grave, Given and Growing” Threat of North Korea 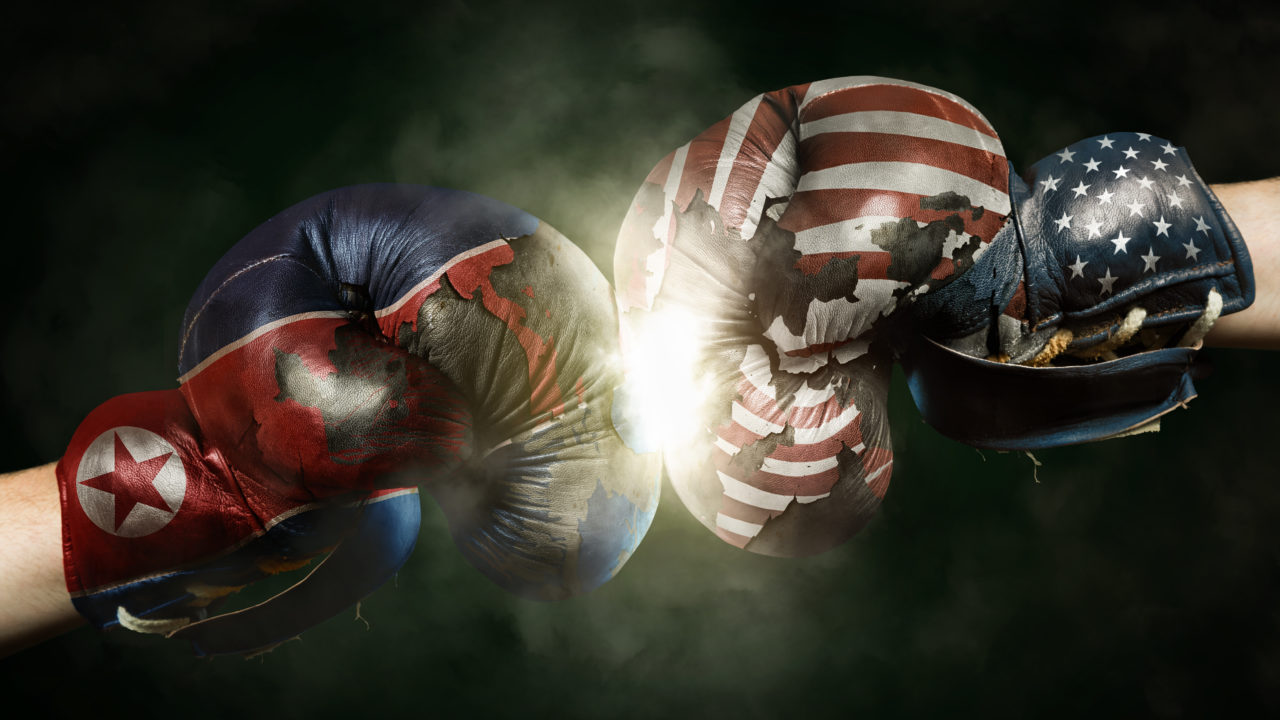 Maybe We Should Just Get It Over With: The “Global, Grave, Given and Growing” Threat of North Korea
by Scott Faith

Editor’s Note:  This article was originally posted in September of 2017, you remember, when it looked like we were going to go to war with North Korea? It’s amazing how much difference a few years can make.

Media sources across the country are touting the 15-0 vote by the United Nations Security Council that imposes a new round of economic sanctions on North Korea’s banks as well as raw material and seafood exports, citing it as “doing something” about what many world leaders are describing as the “global, grave, given and growing” threat posed by the rogue state.

This latest, meaningless gesture by the ever-impotent United Nations is worse than useless because it gives the illusion of doing something while actually doing nothing. Except it reinforces the North’s peculiar brand of belligerent isolationism known as “Juche.” You can tell that these sanctions accomplish nothing precisely because the vote 1) passed and 2) was unanimous. Usually, either Russia or China, permanent members of the Security Council, cockblock the rest of the world when it comes to sanctioning North Korea. They didn’t do that this time. Not because they, like the rest of the world, are finally tired of North Korea’s shit, but because they know these sanctions targeting exports and the financial industry do nothing meaningful against the Kim regime.

Check it out: the total economic impact on North Korea over the life of these new sanctions is estimated to be $3 billion. Now for an average Joe like me, that’s a whole lot of kimchee. But for a nation state, even one like North Korea, it’s not likely to be enough to change anyone’s behavior. For purposes of comparison, the state of Alabama alone exported more than $21 billion in 2016 [editor’s note: over $21B in 2018]. North Korea’s economy is in a lot worse shape than Alabama’s of course, but they don’t exactly have to worry about their constituents voting them out of office. And it’s not like the regime won’t still find ways of making money.

Also, these sanctions are targeting the wrong things. Folks, the North’s chief exports are not coal, iron, lead, and crabby cakes. They are drugs, weapons, and counterfeit US dollars. If you want to do something against the North financially, go after that. That will hurt, at least for a while until Li’l Kim and his minions launch another missile or kill some more South Korean soldiers. At which time, the world will cave in and give them money/food/sanctions relief/whatever because we’ll all suddenly remember: OH YEAH, THEY HAVE NUKES AND THEY’RE CRAZY.

Except…they’re not crazy. They’re acting very rationally. North Korea uses the tools they have to meet their grand strategic objectives, which are: 1) to stay in power and 2) to retain their sovereignty. I get that, I do. But the way they’re going about meeting their goals is putting our allies South Korea and Japan at risk. And now, the Kim regime has apparently developed the capability to range the continental US with nuclear weapons. They have also directly threatened the US territory of Guam and are menacing the area with their missile tests.

And, oh yeah, they just conducted another underground nuclear test. 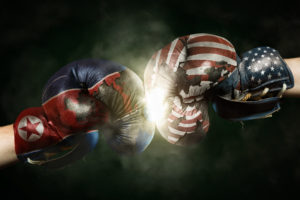 I’m not usually eager to run around attacking other nations. After more than a half-dozen deployments to Iraq and Afghanistan, I know how that movie ends. But things aren’t likely to get better in the future. So maybe it’s time to do something meaningful against North Korea. Something “kinetic.” Something like what these guys want to do.

Maybe we just need to get it over with.

I loved my time on the ground in the Republic of Korea and I was grateful that my time there was largely uneventful. Other than a few minor provocations nothing major happened. We regularly got hit with propaganda, but no projectiles. We got a healthy dose of smack-talking, but none of their special forces; lots of reckless rhetoric, but no waves of North Korean refugees. If we went to war with North Korea, the people on the ground in the Korean peninsula would get all of that and more. It would be a bloodbath.

We’ve had 50 years of armistice with North Korea and countless rounds of talks and sanctions. Nothing has worked. The currency of the Kim regime is blood. They speak Korean, but violence is the only language they understand. Here’s the bottom line: if you really want to “do something” about North Korea, something useful, things are going to have to get “kinetic,” and we’ve reached the point that it might be better to do it sooner rather than later.

Put me back in, coach. Let’s go ahead and get this over with.