HomeNational SecurityIsrael, Palestine, and the False Hope of “CoExistence” 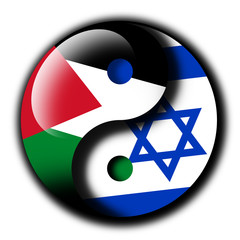 Editor’s Note: Former Army Ranger and longtime Havok Journal writer Mike Kelvington penned this piece for a journal run by the International Institute for Counter-Terrorism in the Interdisciplinary College (IDC) at Herzilya, Israel. We’re re-posting an excerpt here, I highly encourage you to read the rest of the piece on the IDC webpage.

Only days prior to his death, Thomas Jefferson penned one of his final letters on June 24th, 1826. He responded to Roger Weightman, the mayor of DC who invited him to attend the celebration of the 50th anniversary of the signing of the Declaration of Independence. Though his health prohibited his attendance, it did not prevent him from reflecting on the decisions the founding fathers of the United States made in the earliest moments of our country when the ideas they believed in were merely an untested theory. His firm belief in America was rooted in:

“…the consolatory fact, that our fellow citizens, after half a century of experience and prosperity, continue to approve the choice we made. May it be to the world, what I believe it will be, (to some parts sooner, to others later, but finally to all,) the Signal of arousing men to burst the chains, under which monkish ignorance and superstition had persuaded them to bind themselves, and to assume the blessings & security of self-government. That form which we have substituted, restores the free right to the unbounded exercise of reason and freedom of opinion. all eyes are opened, or opening, to the rights of man.”

His hope was that people around the world would willfully adopt the example of America’s democratic republic as a framework for how best to govern and secure individual freedoms. Jefferson’s optimistic hope bears a stark contrast to the goals and objectives of the 21st century Sunni global jihadist.

According to Sayyid Qutb, a leader of the modern Islamist movement, jihadis vehemently disagree with America and the concepts transcribed into our founding documents. He wrote “all nationalistic and chauvinistic ideologies which have appeared in modern times, and . . . all man-made individual or collective theories have proved to be failures.” In his view, the entire modern world is “steeped in Jahiliyyah,” meaning the people of the world who do not ascribe to the Islamic worldview live a life ignorant of divine guidance.

The global jihadists’ objective is inherent even in the word “Islam,” which means “to bring human beings into submission to God.” They see themselves as the “vanguard” that must reconstruct the current world order and revert it to the time of Islamic political power when the prophet Muhammad established his caliphate on the Arabian peninsula.

They use the concept of jihad to justify the violence they inflict upon their opponents. They offer the world a simple choice: submit or die. Global jihadists carry with them “a religious fervor combined with an un-Western degree of patience that produces a lethal and unbelievably resilient commitment to its cause. And the jihadists will not be negotiated with. For this enemy it truly is a question of ‘them or us.’ They will not be stopped unless someone stops them.”

Despite rhetoric calling organizations like the Islamic State and Al-Qaeda “un-Islamic,” they are anything but. To global jihadis, “Islam is not only a matter of faith and practice; it is also an identity and loyalty… that transcends all others.” They are an extreme strain of Islam that cannot be negotiated with or appeased, and they are unwavering in their beliefs. Conflict will persist for years to come because of the absolute nature inherent to the global jihadist ideology and America’s inability to form a coherent counterterrorism strategy; we fail to appropriately identify our enemy and dismiss their motivations as mere rhetoric rather than as a credible threat.

This article first appeared in The Havok Journal on August 1, 2018.

Mike grew up in Akron, Ohio. He is an Infantry officer in the U.S. Army with experience in special operations,  counterterrorism, and counterinsurgency operations over twelve deployments to Iraq and Afghanistan, including with the 75th Ranger Regiment. He’s been awarded the Bronze Star Medal with Valor and two Purple Hearts for wounds sustained in combat. He is a graduate of the United States Military Academy at West Point and holds masters degrees from both Princeton and Liberty Universities. The opinions expressed above are his own, and do not represent the official position of the U.S. Army, the Department of Defense, or the U.S. Government.