“Instruments of National Power” and the Case for Non-State
“Non-state actors can have a dramatic influence on the world around them.”[6] –President Barack Obama

The first step in modernizing MIDLIFE is to recognize the influence of non-state actors and that non-state actors can in many ways support or challenge the power of nations. In fact, according to some theorists, future security will need to focus more on defending against threats generated by individuals and corporations than those arising from other nations and their conventional military forces.[7] News reports bombard us almost daily with reminders of the influence exerted by terrorist groups, criminal gangs, or politically active cultural celebrities. While these organizations and individuals are often not under control of any specific state, their influence over states is undeniable. The power of non-state actors warrants specific inclusion in any model that attempts to describe the ways in which international actors relate to, interact with, or act against each other.

Additionally, MIDLIFE refers to “instruments of national power,” which in itself is problematic because it clearly limits the application of MIDLIFE to those organizations with “national power,” i.e. nation-states. This is a significant limitation, because international engagement is no longer the sole dominion of nations and non-state actors can now call upon aspects of power traditionally reserved for the state. Since the tools specified in MIDLIFE are clearly utilized by organizations other than states, to accomplish goals similar to that of states, a more effective way to refer to those components is as “elements of organizational influence.” Including non-state actors and replacing “instruments of national power” with “elements of organizational influence” should be the first step in updating the MIDLIFE model.

Recognizing and exploiting the potential utility of religion, identity, and the criminal element is not a new concept; during the Second World War, America made backroom deals with organized crime to help ensure security of key infrastructure like ports. We actively and unashamedly involved our movie industry. We engaged religious leaders and celebrities to overtly support America’s war aims. After the war, we hired many Nazi scientists to advance our scientific and industrial efforts. We don’t do many of these things anymore. Some religion leaders find themselves fundamentally at odds with U.S. foreign policy over things like immigration and warfare. Many joint military/industry collaborations, such as the Department of Defense’s efforts to partner with Google in the area of artificial intelligence, are derailed by employees over “ethics concerns.”[8]  Many entertainers refuse to support the current U.S. administration. And any effort to leverage the media for governmental messaging smacks of “propaganda.” We need to find a way to work through all of that, in order to gain efficiencies from the strengths of everything that the U.S. can bring to bear against today’s thorniest problems. 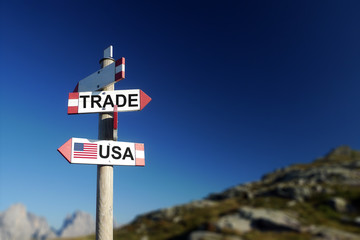 Identity, Ideology, and International Relations
“Wars over ideology have given way to wars over religious, ethnic, and tribal identity.”[9] –Ambassador Betty King, former US Ambassador to the UN

The second step in updating MIDLIFE is to recognize the role of “identity” in modern international relations. In this context, identity refers to the individual characteristics such as religion, race, ethnicity, gender, political party, and ideology, which either set individuals apart or bring them together. Individuals can choose to identify with a particular political ideology or religion, for example, or may be identified by others on the basis of sex, skin color, or other unchangeable characteristic. Any of these chosen or congenital conditions can be a source of strength or a source of conflict for the individuals affected; sometimes identity can be both simultaneously.

Traditionally, many countries seek to overlook, smooth over, or ignore issues of identity because they are often difficult to understand, uncomfortable to discuss, and have a tendency to make things “messy.” The reluctance to understand and utilize identity-related elements of organizational influence on one hand, and to thwart its influence on the other, may be understandable in a Western culture based on multiculturalism, inclusiveness, and freedom of expression. That said, it does a country or organization no ill to recognize and address how issues of identity affect its foreign policy or how a country or any organization for that matter might utilize identity to its own advantage.

One of the key strategic blunders of the Iraq War was the failure to realize that the “democratic peace theory” that seemed to be driving neo-conservative policy was only as good as the number of Iraqis who wanted Western-style democracy, which, as it turns out, wasn’t a whole lot. We went in with a “strategy” that was little more than “Here’s your democracy, you’re welcome for our service,” and seemed surprised when things immediately fell apart into lethal squabbling based on tribe, ethnicity, and religious sect. We need to do better in the future.

“The Rhino in the Room”: Moving Past The “M”
“Our success ultimately depends not on any one instrument of power,” he said. “It depends on all of them. And it depends not only on how well we maintain and fund all of our instruments of power – but how well they are balanced and integrated with each other.” [10] -U.S. Secretary of Defense Chuck Hagel

For many years now, the U.S. has faced considerable criticism for seeming to focus almost exclusively on the “military” instrument of power, which is flatly contrary to a “whole of government” approach. Indeed, the entire reason for stressing the “whole” in “whole of government” was “to reflect the reality that military power along cannot solve our national security problems.”[11]  Nonetheless, the U.S. military became, and remains, the “easy button” for solving America’s foreign policy challenges.[12] There are many reasons for this, not the least of which is the fact that the Department of Defense (DoD) is enormous and extraordinarily well-funded. The DoD is also used to operating in conditions of danger and extreme austerity. And after 18+ years of warfare, they’re pretty good at shooting, moving, communicating, and solving all kinds of problems that were traditionally seen as outside of their purview.

The DoD’s relative success, or at least their responsiveness, has resulted in the military being the default setting for the vast majority of U.S. foreign policy crises, both major and minor. Ebola in Africa? Call up the 101st Airborne Division. Military coup in a country we care about? Send in the Marines. Earthquake in Pakistan? Let’s get the Air Force on the phone. Kids trapped in a cave in Thailand? We’ve got the Navy for that.

I’ve served in the U.S. Army for more than 23 years and seven tours of duty in Afghanistan and Iraq. I’m proud of my branch of service and our accomplishments. But sometimes the military comes onto the scene like a giant rhinoceros, barreling in from nowhere, trampling on anything in its path, and then just as quickly disappearing back from where it came. That is very useful some of the time, but other times it simply makes the situation worse, or at least whole lot more complicated. It definitely dilutes the number of things that the military can be really, really good at doing. Simultaneously, going to the military for things that should be outside of their purview prevents those agencies who have (or should have) that mission from being able to exercise that function. All of this, of course, creates a self-reinforcing loop in which the military does more and more, and is therefore called upon to do more and more, while other organizations who could (and probably should) carry out some of those actions are called upon less and less. That is not a recipe for long-term policy success.

Revising the MIDLIFE Model:  The Elements of Organizational Influence
It is not the strongest… that survive, nor the most intelligent, but the one most responsive to change.[13] –attributed to Charles Darwin

The holes in the current MIDLIFE theory are somewhat puzzling. Seventeen years and two (three? four?) wars into a “global war on terrorism” and “overseas contingency operations” waged chiefly against opponents which include non-state actors and who fight for largely ideological and identity-influenced reasons, it is hard to see why MIDLIFE was not updated to reflect these emerging trends. Moreover, by not specifically recognizing non-state actors, and by refusing to acknowledge the role of controversial means of influence like ideology, race, religion, and ethnicity, the current MIDLIFE model may actually be placing the theory’s practitioners in a position of disadvantage in dealing with some of the key issues of our day.