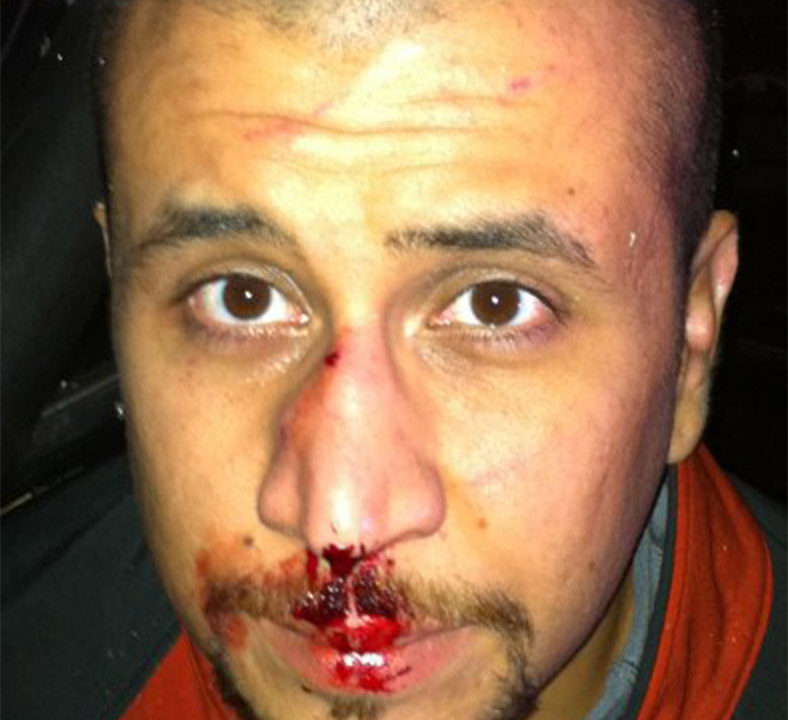 George Zimmerman, the man who made headlines for defending himself against teenaged attacker Trayvon Martin in 2013, is once again in the headlines.  But this time, it appears, Zimmerman himself was on the receiving end of gunfire in an alleged instance of road rage.

Multiple news sources are currently reporting that Zimmerman and a man named Matthew Apperson were co-antagonists in a road rage instance in which Apperson apparently pulled out a gun and fired at least one shot into Zimmerman’s Honda pickup truck.  Zimmerman was struck by flying glass but was otherwise unhurt.  For the moment, it does not appear Zimmerman fired any shots in return.

Since being acquitted at trial for killing Trayvon Martin, Zimmerman’s life has been a bit of a mess.  He faced charges of domestic abuse on two occasions, and allegations were made of an earlier road rage incident in which Zimmerman was said to have threatened to kill another driver.

Interestingly, one of the people involved in an earlier road rage incident involving Zimmerman is the same man who allegedly took a shot at him today.