HomeNationContemporary Affairs“You Are Not More Human:” America’s Response To The Crisis In France 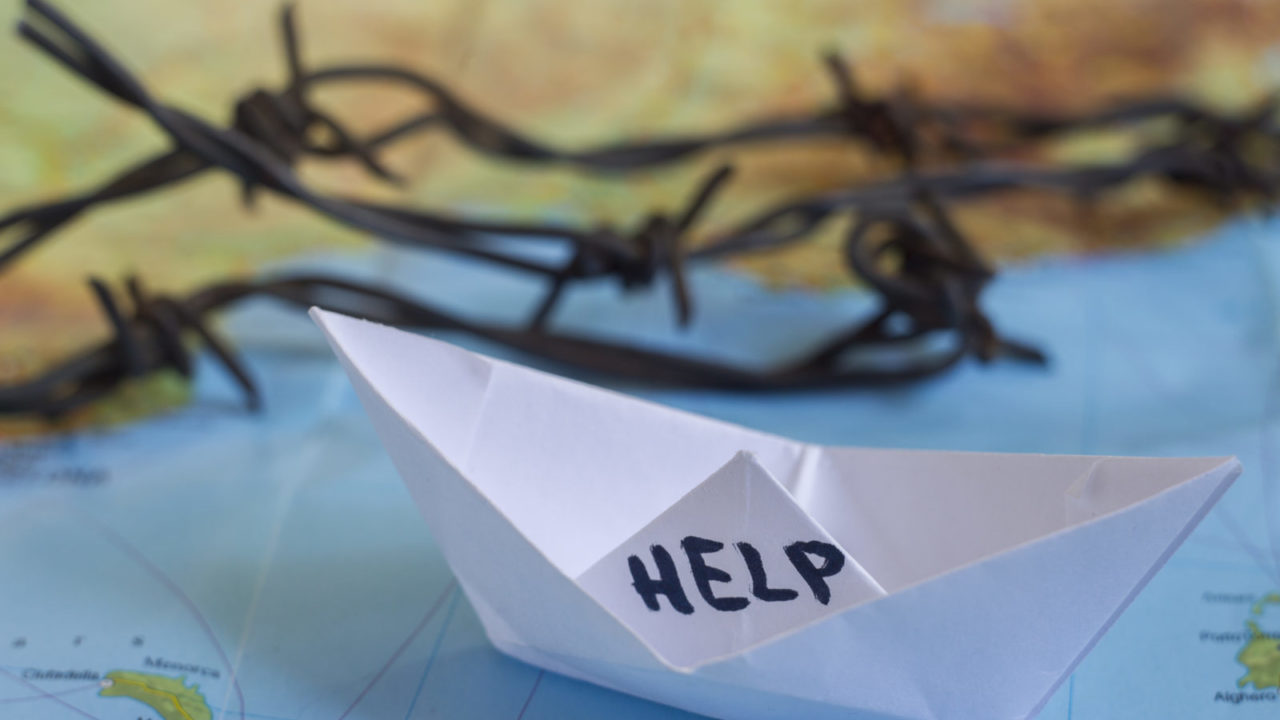 I’ve noticed a lot of supercilious notes and articles about the Facebook French flag filter this week, calling it everything from superfluous to misguided to “self-indulgent.” I’ve rolled my eyes mostly, as social media feeds prompt me to do frequently these days. (How self-important do you have to be to deem broad swaths of well-meaning people “self-indulgent,” anyway?)

But last night, as my husband and I sat idly scanning our newsfeeds in front of a football game in our warm house after a big dinner while our safe and happy baby snored in her own bed, I was struck by the superior tenor of that observation- and indeed the whole “debate.” (A word less apt would be tough to find.)

In the face of what has devolved into the shameless and appalling politicization of tragedy in ways that distort it beyond recognition- the overwhelming “otherness” that characterizes the collective feeling of many Americans toward those who simply did not have the good fortune to be born into the most stable and prosperous nation in the world- and, most horrifically, the bizarre meritocracy of chance we have superimposed over the issue of access to the most basic of human rights- I fail to understand why we don’t instead rejoice at the slightest glimmer of compassion.

We are plumbing the depths of the Orwellian, and it is shocking. “Some of us are more human than others,” scream the entitled. I’ve been asked more than once if it makes me ashamed to be American. Never. But I am deeply saddened to admit how many of these voices are.

My reply is less anger than bafflement. How does one get to the point at which one looks at the tragedy in France and sees it as the meting out of divine punishment for gun control or immigration policies? Or sees photos of dead babies and families fleeing war and starvation and death and worse (because anyone who has seen the world knows there are things worse than death) and turns away, because a twist of fate rendered the victims less human somehow than the viewer?

Because mark my words. Americans have done nothing to deserve being born in a country in which their parents didn’t have to worry that their daughters would be enslaved and their sons conscripted, just as the children of refugees have done nothing to deserve the fact that they were. No pre-birth order of merit list entitled one person to birthright citizenship in the land of Golden Corrals and sentenced another to never know what a full belly feels like.

Oh wait. You’re willing to defend your country and its children? To fight and die for what you have? Millions of people the world over are even now fighting harder for far less. If time spent in combat were the prerequisite for access to basic necessities, the applicants for political asylum that Americans are lining up to keep out of their Waffle House crumbs would never have to hear the cry of a hungry child again- while most Americans would find themselves begging for clean drinking water and a bowl of rice.

You’ve been to war, a job for which you were well paid, unlike the vast majority of combatants living on subsistence rations if they’re lucky? Well, so have I. Many times. And I consider it only a downpayment on the colossal karmic debt that I owe for the twist of fate that means my own precious baby is warm and safe.

You. Are. Not. More. Human. You are simply more fortunate. Gun control advocates don’t deserve to die. President Obama did not personally cause this, regardless of your opinion of his politics. And sadness for Paris doesn’t make one stupid, or out of touch, or a bleeding heart, or oblivious to deaths in Beirut or Turkey or suffering in Africa or tragedy anywhere.

I too think it’s too bad that people donate turkeys to the homeless at Thanksgiving and largely forget them the rest of the year. But events lead to awareness, and that’s not a bad thing. As someone who has worked at a lot of soup kitchens, I will tell you: the less fortunate will take that turkey, even though they will be hungry again tomorrow, and regardless of your motivation for offering it.

Just as I’ll take your flag filter. I’ll take your “charitable” tshirt, your fundraising campaign, your face painting, your social media blitz, your cries of “remember Beirut” or “don’t forget about Turkey” or “(insert color) lives matter.” I’ll take an even momentary cease-fire on your hateful political vitriol and victim-blaming. I’ll take the holiday meal donation, the crumpled buck in a homeless person’s hat, the volunteer work, the service project for whatever kind of church you choose to attend, the overheard admonition to your child to be kind. I’ll take literally any display of kindness or compassion or absence of superiority or “more human-ness” I can get.

And I’ll raise you a French flag.