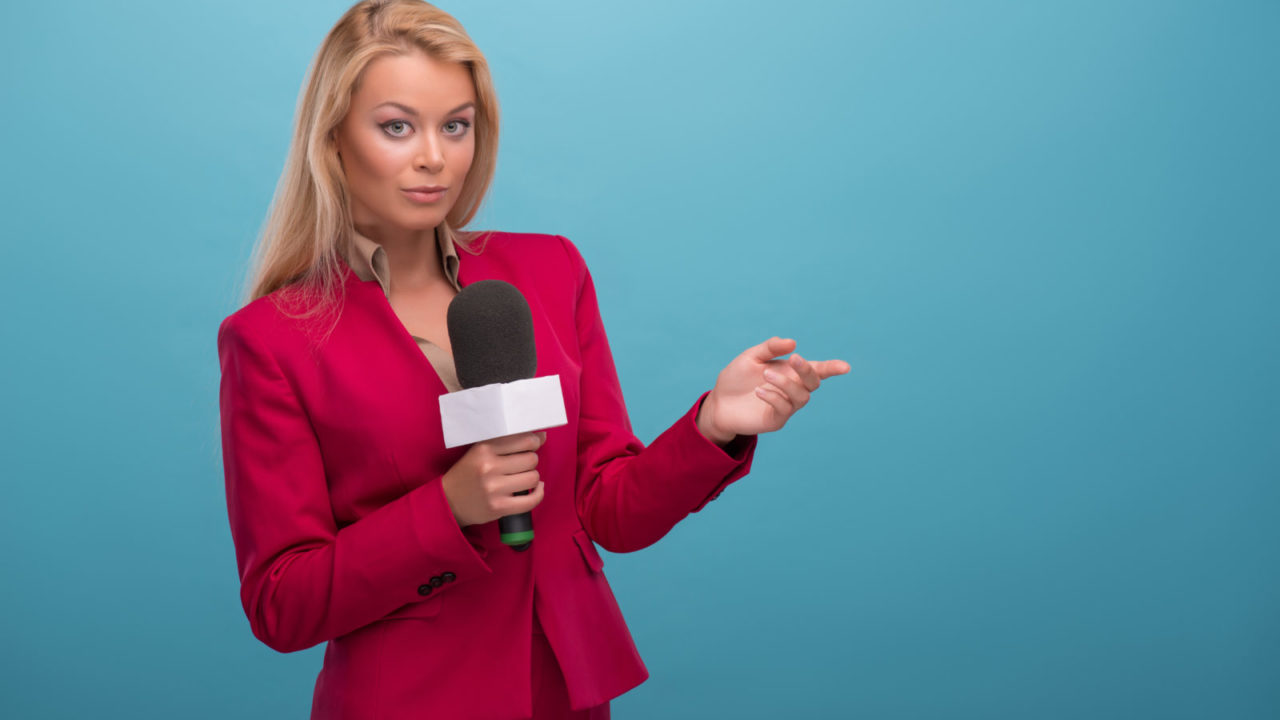 So how does the Muslim press justify their repugnant, stereotyping of Jews, exposing Islam’s hypocrisy and their one-size-fits-all, double-standard diagnosis for all ills, messes, dilemmas or complicated situations? One article entitled Israel’s right to be racist featured in Al-Ahram, Egypt’s New York Times, the writer, Joseph Massad, used a word that kept swirling in my mind after reading so many “It’s the Jews Fault” pet goat articles. Written by a tenured professor at an American university — Columbia — whose bio touts his teaching expertise as “modern Arab politics and ‘intellectual’ (single quote marks indicating my emphasis, not his) history.” He freely uses the word I’d preferred to avoid in this article — racist. This guy doesn’t just end his article with “It’s the Jews Fault,” his article’s beginning, middle and end drips with that conclusion about why peace is unachievable.

This blurb introduced Massad’s 2634 word article: “The matter-of-factness with which the state of Israel claims the right to treat non-Jews as lesser animals is shocking and annuls any move towards peace.” Lesser animals? Between slackjaw and stupefaction, the sheer acrimony of that blurb sucked the air right out of my lungs. Me thinks Massad projects what he really thinks about Jews — lesser animals.

I have this crazy habit of throwing an article into wordcounter.com to see how many times a word is repeated. In his ‘intellectual’ article, the ‘professor’ professes the word ‘Israel’ 74 times, ‘rascist’ 32 times, ‘Jewish’ 18 times, ‘Jew’ 14 times, ‘Palestinian’ 29 times, ‘Arab’ 14 times and ‘apartheid’ 13 times. Can’t believe he left out the ‘victim’ word. Six percent of his word count? Used to support his derogatory “It’s the Jews Fault” viewpoint.  The other 94% ‘proved’ his biases — It’s the Jews Fault — the lens through which he judges all things Arab. And there you have it, hatred of the Jews, so deeply engrained, it is not only racist, but “intellectual.”

Many of the pet goat ‘news’ articles I read sounded like letters written by mentally ill individuals off their meds sporting home-made tin foil hats. Rather than the CIA controlling their minds, the Tin Foil Hat Society thinks the Jews control the minds of the President, American politicians, even the evangelicals — and anyone else who doesn’t subscribe to Massad’s noxious Koolaid.

Some of the same people who blame the Jews, don’t buy into the Holocaust, claiming, “It never happened.” This Tin Foil Hat Thinking presents another bizarre twist in their critical thinking, since they’d prefer all Jews dead. In their apocalyptic scenario, if they can just incite war to trigger Armageddon to force their version of the Messiah to return, their ‘savior’ can bring about their hoped for Holocaust to kill every Jew and every infidel on earth.

No Accusations Too Absurd: Using Anti-Semitism and Anti-Israelism to Spread Conspiracy Theories

From Israel causing the Asian tsumani to a deadly shark attack in Egypt plotted by Mossad to Israel exporting AIDS-infected melons to Saudi Arabia to Israelis dropping libido-boosting ‘sex gum’ in Gaza to a Mossad importing a  infertility uni-sex hair product to Egypt to Jews planning the Boston bombings, did you know . . . ?

Muslims did not carry out 9/11, Israel secretly launched the attack?

“Tom and Jerry,” is “a Jewish conspiracy” by the “Jewish Walt Disney company” to improve the image of mice, because Jews were considered ‘dirty mice’ in Europe and “No ethnic group or people operates in such a clandestine manner as the Jews”, claims Iranian University Professor Hasan Bolkhari, a member of the Film Council of the Islamic Republic of Iran Broadcasting and a cultural adviser to the Iranian Education Ministry. So much for being an ‘informed’ member of a ‘film council’ and knowing basic facts: Tom and Jerry was created and produced by Hanna-Barbera Productions and not Disney.

The Camp David accords and peace with Israel increased instances of hepatitis, cancer and kidney infections in Egypt, claimed Ahmed Subei on Al-Alam Iranian TV. Subei worked as the managing editor of the Muslim Brotherhood’s official news website, and served as the Freedom and Justice Party’s media consultant when the Muslim Brotherhood was selecting Mohammed Morsi. But why believe Subbei when . . .

The Muslim Brotherhood has a secret alliance with the Jews and is a Jewish production to control Muslims and destroy Egyptians, according to Lt. Gen. Dhahi Khalfan Tamim, Commander in Chief of Dubai Police and the Head of General Security for the Emirate of Dubai.

ISIL is a U.S.-U.K. trained, CIA-Mossad proxy force led by a Jewish operative. The Iranian intelligence services uncovered that Abu Bakr al-Baghdadi was really Simon Elliot, a Jewish agent for the Zionist intelligence agency the Mossad. An Iraqi TV show portrayed Baghdadi as being “hatched by an egg laid as the result of the union of a pitchfork-wielding devil and a Jewish woman wearing a large Star of David necklace.”

While cultural, political and media interpretations may separate East from West, what about the Koran’s call to avoid warping reality and to confirm truthfulness so as not to harm people? And do not mix the truth with falsehood or conceal the truth while you know [it]. (Quran, 2:42) Ignorance, prejudice and hatred blinds and deafens people to critical thinking.

The Islamic, Hebraic and Christian “weeping” prophet, Jeremiah, who wept over the evil hearts of wicked men, voiced these noteworthy words, “The heart is hopelessly dark and deceitful, a puzzle that no one can figure out. But I, God, search the heart and examine the mind. I get to the heart of the human. I get to the root of things. I treat them as they really are, not as they pretend to be.” (Jeremiah 17:9-10, MSG) Behind every xenophobic stereotype lives real people. Mothers. Fathers. Sons. Daughters. Brothers. Sisters. Husbands. Wives. Most who desire peace, stability and security. Sadly, more often than not, the hypocritical, media-obsessed goats in sheep’s clothing practicing hypothetical faith define that faith’s public persona. And now the reward of blind obedience of the Muslim sheeple, of their willful silence, of their gullible faith has come home to roost. A shame-based society, how can they feel no shame over the inhumane massacre’s occurring in the name of their religion of ‘peace’.

With the fresh spilled blood of Daesh (ISIL) and the regular terrorist attacks in free, peaceful nations, goat milk slathers the mustache of the Muslim world. Whether it’s “karma,” or “what goes around comes around,” or “reap what you sow,” the “It’s the Jews fault” broad brush stroke used to paint Israel now varnishes the stereotypical “Got Goat Milk?” around the lips of the entire Muslim world and their religion of ‘peace’.

And you just can’t make up that kind of crazy.

Reflection: How do beheadings and other barbaric terrorist acts influence your opinion of Muslims who claim their religion is a religion of peace? How can those in the West not buy into stereotypical hatred promoted by the media about those in the East?

Resources: 1.09 BILLION People in the world today harbor anti-Semitic attitudes. A survey of attitudes toward Jews in over 100 countries around the world conducted between July 2013 – February 2014. In this survey, the acronym ‘MENA’ refers to “Middle East and North Africa.” The 16 countries with the highest scores of anti-semitism are in MENA.

Seeking Allah, Finding Jesus is a powerful autobiography with great relevance to some of today’s hottest questions: the meaning of 9/11, the dialogue between Islam and Christianity, and the need for real friendships in our diverse world. This book chronicles the true tale of Dr. Nabeel Qureshi’s journey from being raised a devout Muslim to his conversion as a follower of Jesus. Dedicated to his parents, who are still in the Muslim faith, Qureshi honors both faiths by walking readers through the differences in doctrines and East/West worldviews. The key take-aways from this compelling book are:

1.  Gaining empathy for the inner beauty of a worldview — leading to new appreciation for how others think and live.

2.  Understanding the cost of judgment, fear and exclusion — and the importance of really understanding one another.

3.  Seeing anew the value of caring friends as we wrestle with questions of ultimate concern.

4.  “Getting” the reason we need to engage with a historical search for answers to our religious questions.

5.  Finding out why Jesus is compelling — both as a reasonable conclusion and as a profoundly satisfying completion of our existential longings.