HomeNationWhere the US fails to lead, others are willing to step up. 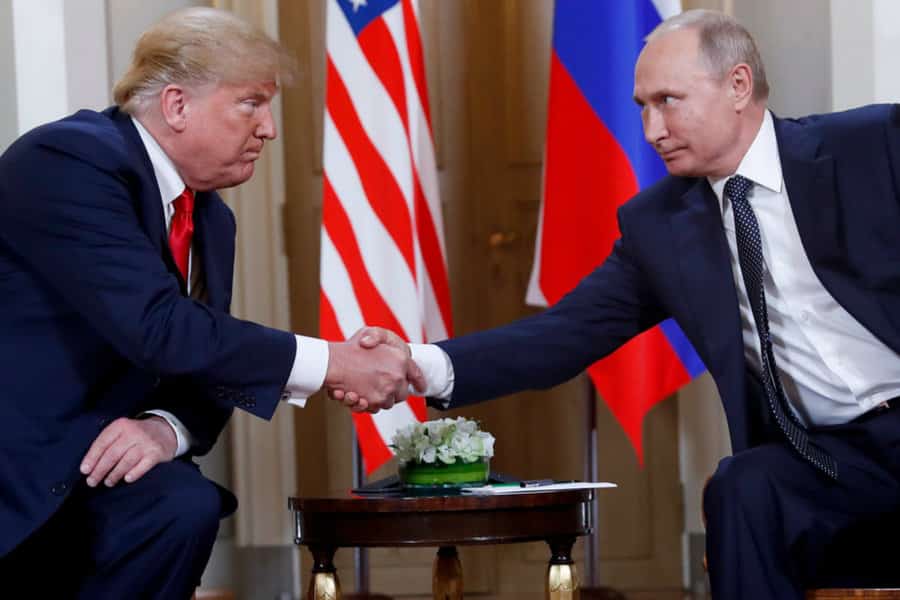 The fallout from Helsinki continued this week, meaning most people who were outraged in the first 24 hours after Trump met Putin have now moved on to Tweeting about Justin Bieber’s engagement and Instagramming from the beach. It’s a pity, because this week was awash in eye-popping stories that didn’t make A1 in the dailies.

Count me as one of those who thought that Trump would, if nothing else, be tough on China. But, in one of the biggest stories of the week, Trump manages to only give Chinese company (and Chinese intelligence enabler) ZTE a slap on the wrist. I was, then, one of those who counted on the bipartisan outrage about his decision resulting in tougher treatment for ZTE. Nope – after heavy lobbying, Congress thought better of that too. So you can expect to see Chinese tech with histories of backdoors, viruses and a direct line to Chinese intelligence in our market soon. This is hardly the only significant Chinese offense being discussed this week. China has been using exit bans for leverage over US citizens (usually of Chinese heritage). The Chinese can and, apparently do, force the ex-pats to cooperate in investigations or coerce their Chinese family members to return to China. This should be a huge story – and, after Congress’ towering feat of cowardice with ZTE, it may have to be for China to be held at all accountable. Don’t bank on it seeing too much daylight, however. The Daily Beast’s Bethany Allen-Ebrahimian explains that both “the Chinese government and Chinese companies, often with close state ties, have retained lobbying and public-relations firms in the Beltway, in some cases hiring former U.S. officials as personal lobbyists.” Want names? How about former House speaker John Boehner, former U.S. ambassador to China Clark Randt, and former CIA Beijing station chief Randall Phillips?

The story of Russian influence in our government is significant (here is this week’s reminder that it doesn’t begin with Trump). But Chinese influence is even more significant (this is true when it comes to dealing with Iran as well – while there is plenty of justified sturm und drang over the Russian/Iranian activity in Syria, there isn’t nearly enough regarding the Chinese/Iranian relationship). However, these stories that illustrate China’s Cold War against the US are rarely sexy enough to get mainstream traction in pop news or the public imagination. Even a 2800% jump in Chinese brute force attacks on internet-connected devices in Finland that coincided with the Trump-Putin meeting can’t get much play. Defending the practice of “if it bleeds, it leads” – the cinematically evil plots of Vladimir Putin are a much better read. After all, Russia’s ambassador to Sudan was found dead last Wednesday in Khartoum. That’s the seventh Russian diplomat to have died since November last year – five of which died outside of Russia. This is a good primer – it also includes a link to BuzzFeed’s deeper investigation into the deaths. Want more Russian-bred death and destruction? Facial recognition technology has led UK investigators to discover the identities of the GRU hit squad (three men, one woman) who carried out the Novichok attack. Here’s what we know so far. Russian active measures are so prolific these days, hearing about the discovery and ouster of another Russian “illegal” spy in New York seems anticlimactic. Interestingly, the spy was interested in information about high-speed Wall Street trading, automated trading algorithms, and “destabilization of markets.” According to John Schindler, “the potential threat to remove Russia from SWIFT, the international banking information-sharing mechanism, has reduced the Kremlin to fits.”

While the US struggles to figure out how to deal with an enemy like China that has become so enmeshed in American finance and business, cures for Russian aggression appear more straightforward. If you aren’t hip to the Magnitsky Act, you should be. The brainchild of hedge fund manager Bill Browder, signed into law by Barack Obama in 2012, it’s been billed as the greatest threat to Putin, and, judging by Putin’s lobbying of the White House, it appears to live up to the billing.  The law blocks targeted Russians and other human rights abusers from entering the U.S., freezes their U.S. assets and prevents them from doing business with American banks. This has devastated many corrupt Russian government officials who often protect their money by keeping it in Western banks where it will be safe from the illegal means (raids, extortion, or fixed court cases) that the officials often use to acquire it.

Donald Trump got Africa-watchers very excited recently by saying, ““Africa right now has got problems like few people would even understand…It is so sad. It is so vicious and violent.” So…if he going to do anything about it? All signs point to “no.” This, despite a decent argument that the Ethiopian-Eritrean peace talks present the US with an opportunity to diversify its friendships in the strategically important Horn of Africa.