There is currently a widespread effort to call the recent horrific murder in Oklahoma, in which a muslim American beheaded a coworker, a terrorist attack.  Some people want to associate the actions of the Islamic State with the religion of Islam and to link suspect Alton Nolen to both.  CNN commentator Mel Robbins agrees with these characterizations, and also wants to paint the Fort Hood shootings in 2009 with the same brush.

She is wrong and she will remain that way until she can do something more than link Islam and a terrorist ideology. 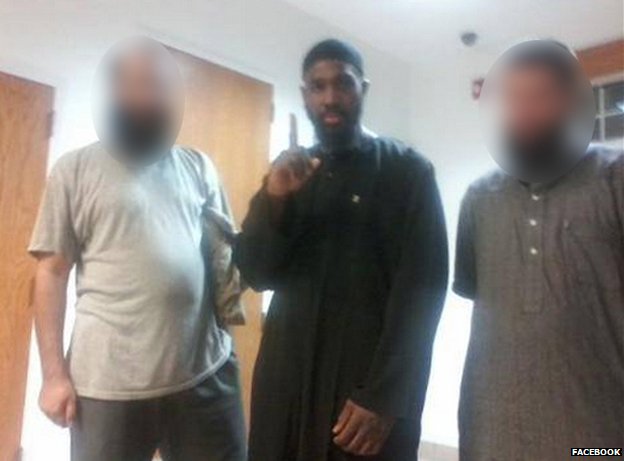 Crime is the act of an individual which violates the established laws of the state.  That is the simplistic definition but lawyers like to take simple things and make them hard to understand so I will stay with simple.

Terrorism is the use of violence and intimidation in the pursuit of political aims.  Again let’s keep it simple.

Nidal Hasan went into a building on FT Hood and opened fire.  His act was premeditated, and he was killing people who wore the same uniform that he did.  Despite his own personal emails and statements, no terror group claimed him, no terror group made a political gain from him, and he was not part of any recognized group active in the world.  He was an individual who, despite what he may have believed or wanted, committed a crime.

In order for Nidal Hasan to be a terrorist as some desire, he would first have to be recruited and positioned by a terror group.  He was not.  His attack was planned and carried out by his thoughts and actions.  Nidal Hasan may have wanted to be a martyr of the cause, but he was not one prior to that day and his actions did not make him one.  He may have committed an act that can be confused with terrorism, except he had no political objectives to speak of, but is instead properly labeled as workplace violence because he was not a terrorist.

Oklahoma suspect Alton Nolen is a criminal.  He had a previous criminal record and just because he converted to Islam, and committed a crime, does not make him a terrorist.  Again, the definition of terrorism is political motivation.  People who attempt to associate the violence to the meaning.  The end result of terrorism is a political change.  Where is the desire for a political change with Alton Nolen?

Even people who desperately want this incident to be a terrorist attack, like Mel Robbins, even admit Nolen was not part of an active terror cell of any kind, yet she tries to tie sympathy with a cause into the act and make the label fit.  You can call something whatever you want, Mel, but that does not make it true. The best comparison is gang violence.  Committing a crime does not make you part of a gang even though they may be committing the same types of crime.  It just makes you a criminal.

Terrorism is about an organization with a goal to make some change felt that they cannot obtain by any other means besides violence.  And having chosen that path, mainly because they cannot face the armies of their opponents, they chose to become the most extreme that they can in order to gain attention.  This does not mean that everyone who screams “Allah is Great” and kills someone is a terrorist.  They may want to be one, but what they really are is a criminal.

A second point is the understanding of what is to our benefit and what is to the benefit of terror groups.  Misrepresenting a criminal act as terrorism supports terrorism.  They work using fear and violence and every act that might give them credit towards violence is something that rewards them and takes a toll on us.  Calling it a criminal act is both the correct term and removes the credibility that the “terrorists” can strike anywhere they will at any time.

Whatever his motivations, Nolen is a criminal and however many posters of Osama bin Laden he had, he was not affiliated with any organization.  A criminal may commit a terrifying act, a terrorist uses deliberate terror to control people.  However you chose to define it, Alton Nolen was not a terrorist because he fails in one critical point; his act was his alone as an act of vengeance against his coworkers.  He is in control of nothing and never was nor was his violence able to covey control to anyone else.

If you wish to give him the title of terrorist, then you need to give that title to everyone who commits a crime that causes terror.  A Muslim who rapes a woman is a terrorist.  He is raping the infidel for Allah.  A Muslim who robs a bank is a terrorist; he is taking your hard earned money and using it to fund his jihad.  But just as all terrorists are not Muslims, all Muslims are not terrorists.

Misuse of the terrorism title is a very slippery slope because anyone can feel terrified.  It does not have all be head removal blood and death.  Terror is implied just as much as it is physically carried out.  The Islamic State has publicly beheaded four westerners.  They have killed hundreds of others in Syria and Iraq but they emphasize those four because we can identify with them.  The Islamic State is trying to control you and control your behavior.  That is terrorism. The Boston Bomber Dzhokhar A. Tsarnaev was charged as a criminal.  He may have used terror but he was not affiliated with an outside group.  It was domestic terror similar to the Oklahoma City Bombing by Timothy McVeigh.

What is the difference between the domestic terror label and workplace violence?  One, both Boston and Oklahoma targeted institutions, the Boston Marathon being recognized as such, and they used bombs to target indiscriminately.  Nadal Hasan and Alton Nolen knew the people they were killing or had a similarity to them and they did it with individual action and intent using hand weapons.

Terrorism is something we are forced to live with, but creating a myth of terror as a way to engender support when the cause is not warranted dilutes the need for when it is warranted and also creates a pervasive fear that not only weakens us, but strengthens our enemies by giving them needless victories when they have not earned them.

The key, terrorism is political, it is about control, and crime is about the individual and personal gain or emotion.  We don’t need to be giving criminals any more credit for their heinous acts than they deserve and we certainly don’t need to inspire even more fear that groups like Al Qaeda and the Islamic State can harvest for free.

Alton Nolen is a criminal, nothing more.

This first appeared in The Havok Journal October 24, 2014.