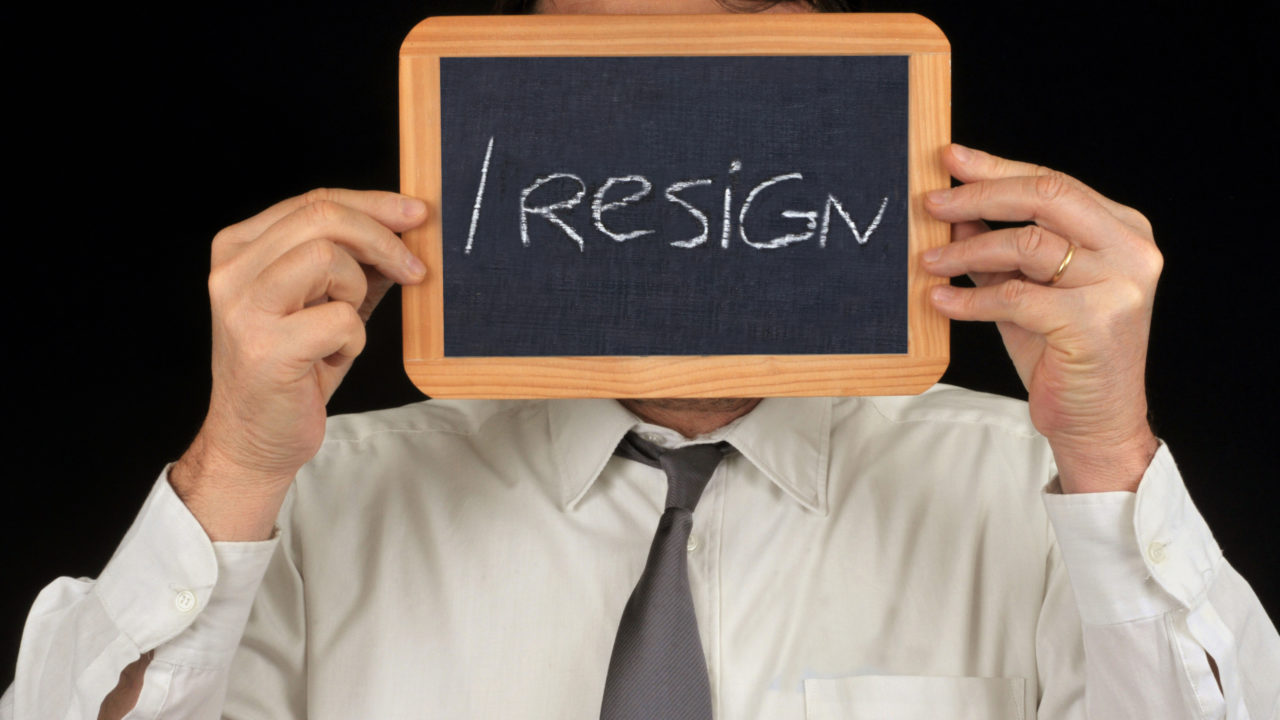 On Friday, President Barack Obama regretfully accepted the formal resignations of Eric Shinseki, Secretary of Veterans Affairs, and White House press secretary Jay Carney after face-to-face meetings with both of them. The former resignation was expected, the latter came as a surprise.

Over recent weeks, a comprehensive internal audit of the Veteran’s Affairs system was compiled and completed, which revealed shocking information that questioned the scheduling practices and integrity of operations in certain VA health facilities across the country.

A CNN investigative report in November of 2013, helped detail atrocities against veterans seeking care at facilities in Arizona. This report prompted further investigative efforts on behalf of the VA Inspector General’s Office and Government Accountability Office (GAO), which was able to find similar concerns throughout the VA system in states such as Pennsylvania, Georgia, and South Carolina.

The claims are astounding, citing “wait lists” that are thousands of people long, interfering with the ability to provide efficient and quality treatment for veterans and in severe cases, unacceptable negligence resulting in death of servicemen and women who proudly served The United States of America.  Further sources cite that employees at the VA were receiving benefits and under-the-table bonuses, for cooperation in the cover-up of such stories. 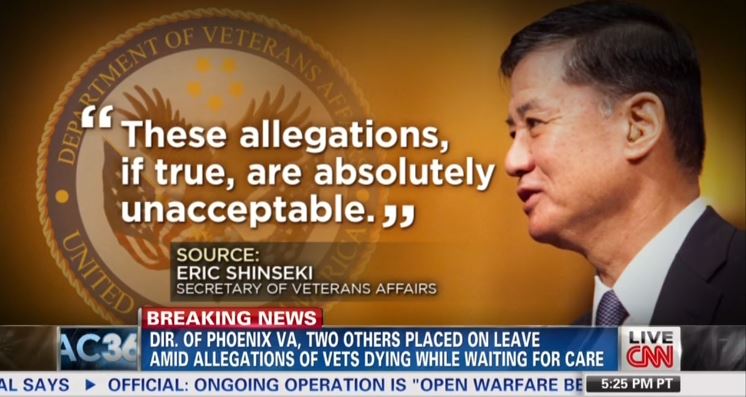 After being out of the loop, Shinseki established he was eventually informed of these incidents and attempted to contact those in charge at the facilities in question to come towards a resolution.  Despite the initiative, it was too little too late for Shinseki, who has seen the writing on the wall for months now.  In his stead, Obama has temporarily named Sloan Gibson to assume leadership of the Veteran’s Affairs while a new secretary is named and confirmed.

In his press conference, Obama stated, “I want to reiterate he is a very good man,” in regards to Shinseki, who had told the President that he no longer wanted to be a distraction for him or the VA’s ability to move forward after recent indictments questioning the department’s efficacy and ability to serve veterans across the country.

The President further acknowledged that VA claims regarding backlogging of treatment, waitlists and overall concerns of stability and functionality predated his presidency, and moreover stated that the instances are not just remote or limited.   These sentiments were also echoed by Debra Draper of the Government Accountability Office who stated that such problems regarding waiting lists and general non-responsiveness or inability to get right data through the VA System was commonplace.

The resignation of Shinseki has been lauded by both Democrats and Republicans, who believe this is a positive step towards improving the Department of Veteran’s Affairs. It is unclear whether or not the Justice Department will conduct criminal investigations in regards to these matters, but undoubtedly they should. Accountability needs to be had on all levels here if they want to deal with the problem on a systemic level.

President Obama stated that his long-time supporter and confidant had informed him of his resignation in April, but elected to continue his duties for the next two months. To replace Carney, President Obama announced that deputy press secretary Josh Earnest will fill take over his duties.  The President isn’t a stranger to Josh Earnest, whom he has known since 2008 when he served as Obama’s communications director for Iowa during the caucuses.

This isn’t the first press secretary to resign under his leadership. Carney replaced Robert Gibbs, after his three years of serving the Obama Administration from 2008 to 2011. Since taking over for Gibbs in 2011, Carney has come under scrutiny and fire for his responses to the press and media regarding political situations such as the Congressional budget battles, Obama’s 2012 re-election campaign, the folly of Obamacare implementation, Edward Snowden and the NSA Leaks, Benghazi and most recently, the tumultuous reports surfacing from the VA’s treatment of veterans.

It is unclear at this time whether or not the recent events surrounding Shinseki and the Veterans Affairs Department have any bearing on Carney’s decision to resign, but multiple news outlets have confirmed that his day-to-day duties as press secretary have been a strain for him and his family. With the midterm elections in 2014 in the not-so-distant future, this may be some welcomed ammunition for the Republicans, who can use these examples of resignation as a symbol of what many consider to be a failing Presidency.