HomeNationDomestic PolicyNewsflash: No One Cares That The Next Secretary Of The Army Is Gay 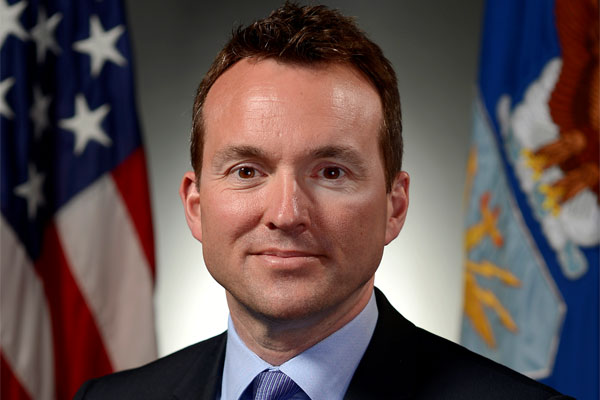 President Obama has nominated longtime Pentagon insider Eric Fanning to serve as the next Secretary of the Army, and with the Republicans telegraphing little in the way of dissent, his nomination seems like a sure thing.  So what does the Obama Administration and many of the major news sources want us to know about Mr. Fanning’s qualifications for the position?

That he’s gay.  That’s pretty much it.

President Obama, in a historic first for the Pentagon, has chosen to nominate Eric Fanning to lead the Army, a move that would make him the first openly gay civilian secretary of one of the military services.

President Barack Obama on Friday nominated Eric K. Fanning to be secretary of the Army, which could make him the first openly gay secretary of a U.S. military branch.

Even the Army Times got in on the act, with its headline “President nominates first openly gay Army secretary.”

But articles like the one in the Christian Science Monitor are most concerning:  “Eric Fanning as first gay Army secretary: A signal to military culture?”

Wait, this appointment is a “signal?” A signal of what, exactly?  Since when are nominations for the position of service secretaries “signals” of anything other than the President’s confidence in the person to do the job?

The media and the Obama administration apparently want everyone to know that the next SecArmy is a gay man.  Great.  Well, here’s a “signal” from those of us in the Army to the media and the rest of America:  We. Don’t Care.

We don’t care if the SecArmy is a man or woman, gay or straight, black or white or anything else.  The Army hasn’t cared about people being gay for at least ten years, at least not at the operational level.  Many of us, including me, never cared about that at all.

But what we do care about is effectiveness.  What is Mr. Fanning’s experience?  Was he ever in the Army himself?  Does he bring a depth of expertise in budgets, or personnel management?  Has he run a large corporation?  Does he have solid political connections that will make his job easier, and his tenure as Secretary more effective?  Do any of those things matter, or should we just care about the fact that he is gay?

As it turns out, Mr. Fanning is, in fact, highly qualified for this position.  He never served in the military or ran a Fortune 500 company, but he has extensive experience in policy, planning, and budget dating back to at least the 1990s.  He is a trusted Beltway insider, who ran the transition team for the current SecDef, Ashton Carter and was deeply involved in the daily workings of the Office of the Secretary of Defense.  Mr. Fanning also personally served as Under Secretary of the Air Force and as acting Secretary of the Air Force.

Those are some pretty serious creds, but in most news stories about him (and even on his Wikipedia page) those accomplishments and qualifications are buried under the fact that he gay. Mr. Fanning’s sexuality should be a footnote, if it’s mentioned at all.  It shouldn’t be the lede.  Appointing a gay service secretary should be a non-issue; “Don’t Ask, Don’t Tell” was repealed years ago, and in any case, civilian employees weren’t subject to the ban in the first place.  So why is this even news?

By focusing on his sexual orientation rather than his accomplishments, the administration and the media is doing Mr. Fanning a great disservice.  By trumpeting the fact that he is gay, and ONLY the fact that he is gay, media outlets are going to help foster the demonstrably false sense that he isn’t qualified for the job, and that his appointment as Secretary of the Army is simply another sacrifice laid at the altar of political correctness and identity politics.  There is no way that is helpful… at least not to the actual business of running the Army.

The emphasis on his sexuality is going to cause people to wonder if  Mr. Fanning going to be the Secretary of the Army for LGBT troops, or is he going to be SecArmy for all of us?  If it’s the latter (which I suspect it is), then it might be a good idea for everyone to start emphasizing his qualifications, accomplishments, and his plan for the Army’s future than his sexual orientation.

What are Mr. Fanning’s views on the major issues facing the Army as a whole?  Will he stand up for the Army in the face of open-ended troop commitments to Afghanistan and Iraq, looming troop cuts, budget shortfalls, and the perpetual VA crisis?   Will he fight against Sequestration?  Will he ensure that important weapons procurement and modernization program will continue to be effectively resourced?  What about the cyber threat, or the military’s misguided “Air Sea Battle” strategy? We don’t know.  Anything substantive about Mr. Fanning is being drowned out by all the trumpeting over the fact that he’s gay.  That sells him short, and us as well.

We’re with you, Secretary-to-be Fanning.  We don’t care that you’re gay.  Please don’t let that aspect of you be the thing that defines you as our Secretary.  In this period of low morale, uncertainty, divisiveness, and perpetual warfare, we need someone who can unite us.  We need strong, effective leadership, and an advocate for the issues that affect ALL of us; we don’t need the distraction of more identity politics.  Are you up to that challenge?