HomeNationWe Are The “Thin Blue Line.” Today We Are Dallas 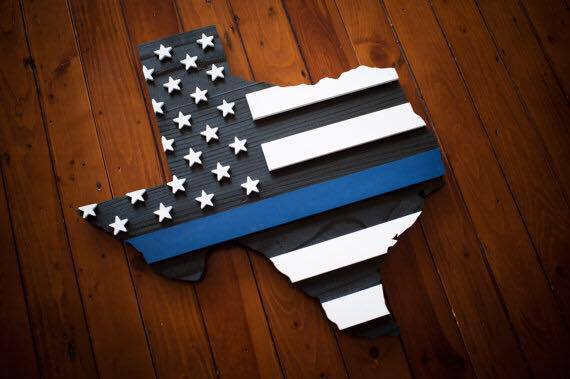 We Are The “Thin Blue Line.”  Today We Are Dallas

On Thursday night at 8:58 p.m., every police officer in America became one.

In one of the most horrific and tragic events in recent law enforcement history, at least two snipers opened fire on Dallas area police officers who were providing security for citizens gathered in protest to show support for the families of two black men recently killed by police officers in Louisiana and Minnesota.

When it was all over, five police officers were murdered and several more were hospitalized with gunshot wounds.* 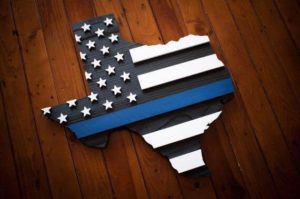 And in the moment we all became Dallas.

For the record, I loathe using the term “snipers” when describing the events in Dallas. Snipers are highly skilled and well-trained shooters who excel at long range engagements. These were not snipers. These were nothing but a couple of cowardly jackals with rifles who shot into a crowd of people from a parking garage.

There are over 900,000 sworn law enforcement officers in the United States and on June 7, 2016, each and every one of us looked to the city of Dallas with a sense of anger, rage, pain, pride, and unity.

In recent years, we have done the same with New York City, Boston, and others. Because when tragedy strikes one of us, it strikes all of us. We are the Thin Blue Line. To some the phrase “thin blue line” is meant to represent a negative – the sense that police will stand together and cover for each other when one of us does wrong, but it is something so much more than that.

We have our faults. We have our bad players. There are some among us who have no business wearing a badge and gun, but they are the exception. Most of us, the overwhelming majority of us, are men and women who do our jobs with pride and integrity.

On Thursday night, in cities around America, people gathered to protest or to show support for the families of Alton Sterling and Philando Castilo, two black men shot and killed by police in Baton Rouge, Louisiana and Saint Paul, Minnesota, respectively. By all witness accounts, the protests were generally peaceful. that is, until 8:58 p.m. in Dallas when gunfire rained down on the officers providing security and their blood began to run in the streets.

What happened next is nothing short of extraordinary and nothing new to the Thin Blue Line.

Even as the cowards continued to target the police with lethal force, other officers risked their lives to drag their fellow officers to safety and to provide emergency medical care. Within hours, with the suspects still at large, hundreds of officers were on the scene. Most of them had been off duty and simply came to assist their brothers and sisters. Many were in shorts or jeans and t-shirts, because they didn’t bother to go home and change, but instead raced to the scene from wherever they were.

I first pinned my badge on twenty years ago this month and rarely have I had more pride in my fellow cops than I had tonight as I watched the members of the Dallas Police Department, the Dallas Area Rapid Transit Police (DART), and the other various agencies in the area run towards the danger to take on this threat.

Every morning and every night, thousands of cops say good bye to their families as they walk out the door not truly knowing if they will make it home. On Thursday night, at least five did not go home – and never will.

As tensions rise in our country to levels reminiscent of the sixties and seventies, people have speculated that this might get worse before it gets better. Some have speculated if it is even worth the risk and effort to be a cop today. I believe it is.

To the cowards, killers, criminals, and predators who think they can take on the Thin Blue Line and strike fear, you have not succeeded. The cowards who attacked the police in Dallas last night may have taken five of our comrades from us, but they did not weaken us. They strengthened us.

And to those who choose to prey on the people and the neighborhoods, it is simple. We will fucking hunt you down and we will not stop. Ever.

We are the Thin Blue Line. We are Dallas.

*This is an ongoing and fluid situation. From the time I write this to the time it is published, these numbers may change.

Paul J. O’Leary is a writer for the Havok Journal, an Army veteran, and has been a police officer for twenty years. You can follow him on Twitter at @pauljoleary.