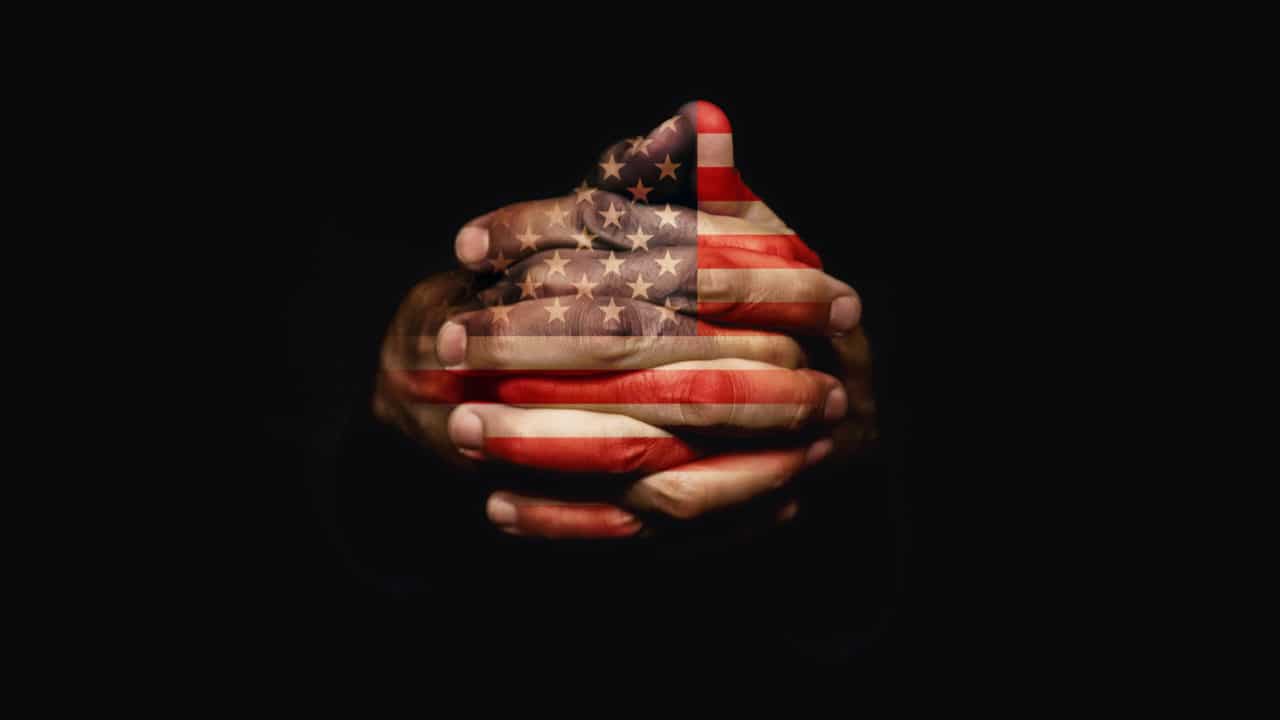 I love America. I know I’m supposed to be all jaded, like any good inhabitant of postmodern society, but I genuinely love our country. For me, it’s more than a loose collection of people, spread across a continent. The America I love is an ideal, and a promise:

We hold these truths to be self-evident, that all men are created equal, that they are endowed by their Creator with certain unalienable Rights, that among these are Life, Liberty and the pursuit of Happiness.–That to secure these rights, Governments are instituted among Men, deriving their just powers from the consent of the governed, –That whenever any Form of Government becomes destructive of these ends, it is the Right of the People to alter or to abolish it, and to institute new Government, laying its foundation on such principles and organizing its powers in such form, as to them shall seem most likely to effect their Safety and Happiness.

This paragraph, taken directly from the Declaration of Independence, perfectly encapsulates the three key ideals that make up the American promise.

Firstly, and most importantly, that all men are created equal. Not only that, we are endowed with certain rights by virtue of simply existing. These rights cannot be taken from us by any force in this world, save that we surrender them voluntarily. This, more than anything, has been America’s greatest strength and our greatest failing. We’ve not always gotten it right. The institutionalized deprivation of equality and rights has haunted us since before our nation was born, and the ghosts of those injustices still haunt us today.

Nonetheless, the promise of universal freedom for everyone, regardless of the color of our skin, the gods we worship, who and how we love, or anything else that might potentially divide us, is a potent one. If we’ve not always been able to keep this promise, we’ve marched steadily onward towards it, making greater and greater strides with each passing day. We have a long way to go, but we’ve come even further, and that’s something worth celebrating.

The second promise is that there shall be a government bent towards protecting those rights, preserving those freedoms. As envisioned by the Founders, the goal of the government of the United States isn’t to chain her people to her but to lift them up, and protect them from all who would seek to bind them. This is the very first mandate of the government, outlined in the document that announced our permanent separation from the tyranny of the British. It is a sacred trust and one that it abrogates at its own peril.

To protect the first two promises, the Founding Fathers included a third: when the government forgets its responsibility to maintain the rights and freedoms of its people, the people are mandated to alter or replace it as necessary. No other nation, up to that point, and damned few since have placed such a burden on its people.

This, truly, places the power in the hands of the American people, and with that power comes a burden unlike anything borne by any other people. Our rights are also our responsibilities. The sins of our leaders fall on all of us, in equal measure, if we fail to uphold our sacred duty to ourselves.

To be American is not just to breathe American air, eat American food, and pay American taxes. To be American is to be a bastion of virtue, the defender of ideals cast aside by the rest of the world. It’s a difficult burden, and potentially a dangerous one, but one that we all must bear in our own way.

Brothers and sisters, I don’t have to tell you that we’re living in difficult times. You can read and watch the news as well as I can. It seems like every day, there’s a new challenge to be met, and to hear the media tell it, we’re more divided in the face of this adversity than we’ve ever been.

But, I don’t think that’s true.

I believe in the threefold promise of America. I believe that, no matter who we vote for, what side of the current debates and struggles we fall upon, so long as we hold that promise above all else as our guiding light, we’ll pull through. As corny as it sounds, I have faith in you, each and every one of you. Times are tough, but we’ll make it through, together.

This first appeared in The Havok Journal on June 6, 2020.