HomeCultureI Fell in Love with the Idea of America 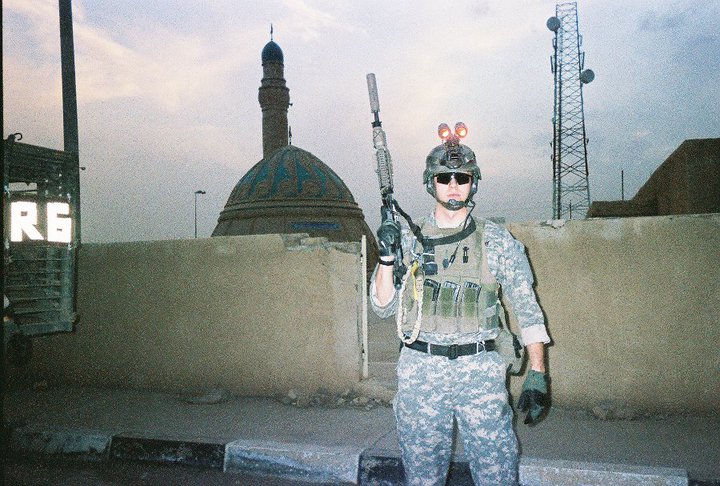 At some point in my early years, I fell in love with the idea of America. Today, we are amidst an America that is ever more divided, and it is causing quite a bit of turmoil. I hear people profess their doubts about the future, and what America is “turning into.” I will tell you that as long as the idea of America is there, America will be as well.

Turmoil amongst our citizens is nothing new. During the Revolution, many were not too crazy about breaking off from England and diving into war with the world’s superpower at the time. Think about the doubt that crept into the minds of the early patriots about the future of our nation when the capital was burnt to the ground in the War of 1812.

Think about the Civil War, how it almost seemed unlikely that we would remain the United States of America. Two world wars, the civil rights movement, a few scandals added into the mix and I don’t think you can call me crazy for saying that America has been through some serious shit!

But we persevere. We persevere because we are in love with the idea that is America. You can kill men, you can burn buildings, you can do all manner of atrocities but you CAN NOT kill an idea. Especially an idea that is as powerful as the American idea. It is and will remain an eternal flame that will not go out. History has proven over and over again, whether the threat is domestic or foreign, that when the going gets tough America truly begins to shine! Our darkest moments are always followed by our brightest.

It’s a powerful thing, the American idea. I think about when I was growing up, the oldest of five siblings. My father worked ten, twelve, even eighteen-hour days at the railroad. I remember one time he worked over twenty four hours straight in order to get the overtime needed to pay the bills. My mom, setting the example of perseverance by raising five kids, working, and going to the local community college to get her degree all at the same time.

I think about the day 9/11 happened and seeing nearly every house and building in our small South Dakota town with a flag out front. There was such horror on the television, yet such inspiration everywhere else. Every one of us knew we were at war that day, and for some, they knew they would be intimately involved in it. It almost seemed like no one was afraid. The hardened resolve that America showed was amazing.

I think about the first military memorial service I attended. It was for SSG Anthony Davis, a Ranger from the 1st Ranger Battalion. I cannot replicate the feeling I felt, standing in the formation of some of the greatest men who ever tread American soil, and hearing the command sergeant major yell his name during the final roll call. I cannot tell you the sorrow I felt when I heard my good friend and mentor respond that he was no longer with us. If you could only hear the sniffles in formation, followed by a recitation of the Ranger Creed that can only be described as biblical in intensity.

I think about every sporting event I have ever attended. When they play the national anthem, the chill I get up and down my spine. I have attended funerals of family members and not cried, yet I feel myself well up every time I hear that anthem. You stare at the red and white stripes, the stars on a field of blue thinking about the men who have died carrying her in battle. You think of the great patriots who have worn her on their shoulder, charging into automatic gunfire. You think of a casket, draped with Old Glory. It’s one of the most powerful symbols in the world – the symbol of the American idea.

I think about the farmers who are up before dawn, the teachers who give a damn, the bankers who take a chance on the underdog, the fire and policemen who race to chaos wherever it may be. I think of the new parents who could be on their last dime but still figure out a way to donate to the Girl Scout who shows up at their door looking to sell a box of cookies – in the hopes that their daughter will be granted the same kindness in the future. I think of my Grandpa sitting at the kitchen table on a respirator, nearing the end of a life spent securing a future for me and my future kids.

I think about how Americans hope and dream. We don’t think about reality – for better or worse. We hope. We see the light at the end of the tunnel. We strive for better, for bigger, for more. We work our knuckles to the bone in the hopes that our kids won’t have to. We pick up a rifle and lace up our boots in the hopes that our kids will not have to experience the horrors of combat. We dream because that’s what Americans did 300 years ago. We dream of the future and what it might hold just like the pilgrims who sailed across the ocean in search of a better life. We hope the same way our great grandparents did when they signed the ledger at Ellis Island.