HomeNationMillennials: The Kids are Going to Be Alright 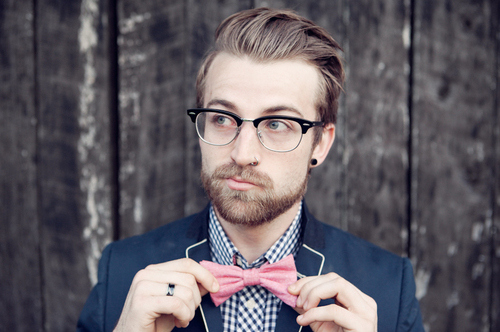 This first appeared in The Havok Journal on April 6, 2016.

When I was a new Armor Platoon Leader in 1997, I had this one Squad Leader who liked to give me problems.  He had been in twelve years or so and he was technically competent and knew his job.  No, his problem was he liked to tell everyone – me, other NCOs, the soldiers – how much they sucked.  He would say things like, ‘You kids don’t know how good you have it’ or ‘Back in the Border Cav days in Germany, we trained to face a REAL enemy, not all this peacekeeping crap’ (it was the Bosnia years and that was the rage).  The guy was like a broken record and every interaction with him was some variation of the above.

I talked to my step-dad (retired SF Master Sergeant, Vietnam, and DESERT STORM vet) about this guy and he laughed and said, ‘Chris, I have been hearing that crap my entire career. My DIs in Basic was World War 2 vets who told us they faced hard-ass Wehrmacht werewolves and we were going to fight pathetic savages.  We told everyone who came in during the 70s that we were in the ‘Nam and they wouldn’t have lasted five minutes in the jungle’.  He shrugged and said, “Son, it is everyone’s God-given right in the Army to piss on the generation that comes after and it has always been that way,”

I have been thinking about what my step-dad said a lot lately as I read articles, social media posts, and engage in conversations with people about how awful the current crop of millennials are.  I am constantly reading opinions from veterans about how soft, how disloyal, and how superficial these kids are – indeed it seems like it is becoming one of the favorite topics of the community, right up there with Stolen Valor.

I happen to think most of these opinions are wrong.

Last year, I got put in charge of a medium-size ROTC program in the Northeast.  I have daily interactions with the Cadets in a myriad of settings and get to observe non-program students as well.  I am also earning another graduate degree, so I get to interact with students half my age as a peer. Let me share some of my observations from the front lines of education about Millennials:

Millennials are entitled – This seems to be the most common complaint out there and the one at the heart of a lot of the angst.  Millennials grew up with a different set of rules than Boomers and Generation Xers – It is certainly true that many of the more ‘dynamic’ parts of our childhood (riding without helmets, fights in school, spankings) passed out of vogue for many of them. But they also grew up questioning things a lot more than we ever did and talking to other educators who are of a hierarchical mindset; this seems to be the thing that drives them the most nuts.  However, I think it is pretty refreshing in the classroom. They ask a lot of questions and they won’t accept being snowed under or told to shut up – with the internet at their fingertips, they can bring knowledge to bear pretty quickly and call you on BS answers. I think people interpret this as an entitlement but I would submit if you can’t deal with the questioning, particularly when they have a point, perhaps you ought not to be the leader or the teacher.

Millennials need constant affirmation – This one makes me laugh because frankly, I just never see it – or at least I don’t see it at a greater level than from when I was a kid.  They want tough challenges and seem to want to legitimately earn the accolades.  If this really is a problem, isn’t it a problem of bad parenting for Boomers and X’ers?  If so, it seems a bit unseemly to be down on the kids for the sins of their parents.   I do notice a greater need for feedback from millennials than my day but I am not sure why this is a bad thing? The kids I teach what to know how they did and if they fell short, what they need to do to get better.  Given the Army emphasis on counseling at all levels, I am more than happy to provide the feedback. It seems that should be what leaders do.

Millennials aren’t loyal – Boomers and X’ers grew up in a time where near lifetime employment was the norm – that doesn’t exist anymore for the Millennials. They are coming to age in the ‘gig’ economy.  You work for a year or two in a job, improve your skillset and then move on.  That has resulted in a group that is more skeptical of ‘guarantees’ and other intangibles which they know from experience won’t be there during the next economic downturn. They certainly are more ‘transactional’ than previous generations – ‘what is in it for me?’  I talk to my Reserve and National Guard kids, and this is something that is heavy on their minds.  Millennials are happy to be loyal to the things which are loyal to them back – just like anyone else. It is a shame for them society isn’t like that anymore and it seems wrong to hold that against them.

Millennials aren’t patriotic – Definitely untrue. There hasn’t been a day in this job where I haven’t had a kid (or faculty member) thank me for my service. The school and the kids routinely cheer us on and support us in a number of small and large ways and we have never been attacked for wearing the uniform or for American foreign policy. I have to turn kids away from my program because I don’t have enough scholarships or contracts to pass out to those that want them – and this is in the ‘liberal’ northeast! Talking to the other 42 programs in the northeast, my experience is a common one. Frankly, it is pretty remarkable the level of support we get even after 15 years of war. The recruiting pipelines for the services go through ups and downs, but the force is getting manned and the kids are joining in the requisite numbers.

Millennials are lazy and not physically active – In regards to physical fitness, here is the deal.  I work out at one of the many gyms at my university almost every day.  Each time I am in there, the gym is packed with kids.  All times of the day, kids are running on the tracks or around campus.  Within my program, 75% percent of my kids are scoring 275+ on their APFT (yes that is a good score).  Thinking back to my college days, I think I am prepared to say that these kids here seem to be in better shape than the general population I went to school with.  I can walk outside now and find large out-of-shape kids, but honestly, I can find more who are doing just fine. There is of course a difference between working out and being physically fit – but I don’t see today’s kids being worse than yesterday’s raw material. As far as the laziness angle, I have to do a lot of recruiting in my job for my program and I can tell you the kid’s ‘resumes’ are impressive – I see a lot of kids active in churches and I have kids who have been missionaries in other countries. One of my Cadets spent her winter break in Rwanda doing charity work. Another of my kids spent a couple of years in AmeriCorps doing disaster relief in the United States. I have kids coming out of high school who played three sports, who owned landscaping businesses, and who went to the Google Coding Academy. These are not anomalies – this is the standard resume of kids coming to this school.

Millennials are overly dependent on technology – This is one which I may actually agree – but only to a point.  Millennials are the first generation to grow up in the ‘connected’ world and they have integrated technology into their lives in ways I can never do. I have two daughters and they instinctually can figure out gadgets, devices, and interfaces like second nature. On the negative side, I think this has eroded some of the social skills kids may have once had. It isn’t that they don’t have friends or care, they just interact with them in different ways than we did and place different values on different sorts of interactions. On the other hand, kids nowadays can process, disseminate, and act on information rapidly. Prior to this job, I worked in a high-end operations center and our Lieutenants and Junior Enlisted could process things with rapid efficiency. Things which use to take us hours to do, they can get done in minutes. I have been on geo-caching events where kids are texting each other information while in a full run. I tend to think analog methods lead to greater understanding but the technology isn’t going away, they might as well integrate it.

I recently got to read reports written by faculty from the Infantry School at the beginning of World War 2 and the officers of the time were lamenting that the kids they were getting were of poor quality, weak and unmanly. This was the greatest generation that went on to beat Germany and Japan. My experiences in the GWOT were the kids we got, if they were well trained and well-led, were awesome and got the job done…and I see the same in the Millennials around me. It isn’t all roses, I do see an increasing rise in haves and have nots amongst the quality of Millennials which mirrors the increasingly rigid class divide in our country. If you are going to college, you probably are going to do well in life.  If you don’t go to college, you are probably not going to do well.  My school is an Engineering college – I am probably seeing above-average kids compared to the median university student. That being said, I also supervise a couple of liberal arts schools, and the kids there are pretty impressive as well.

It is an odd time in American history and there is a lot of frustration with society, politics, and culture which I think is being unfairly heaped upon Millennial shoulders. Honestly, that is the society and problems which Boomers and X’ers created so perhaps they ought to be more critical of themselves than the kids who are going to have to clean up the mess. The Millennials are a skeptical but capable lot, as awkward as any cohort making their way into the world but I am really not that worried about it because ultimately, I think they are going to be better than we were.  The kids are going to be alright.