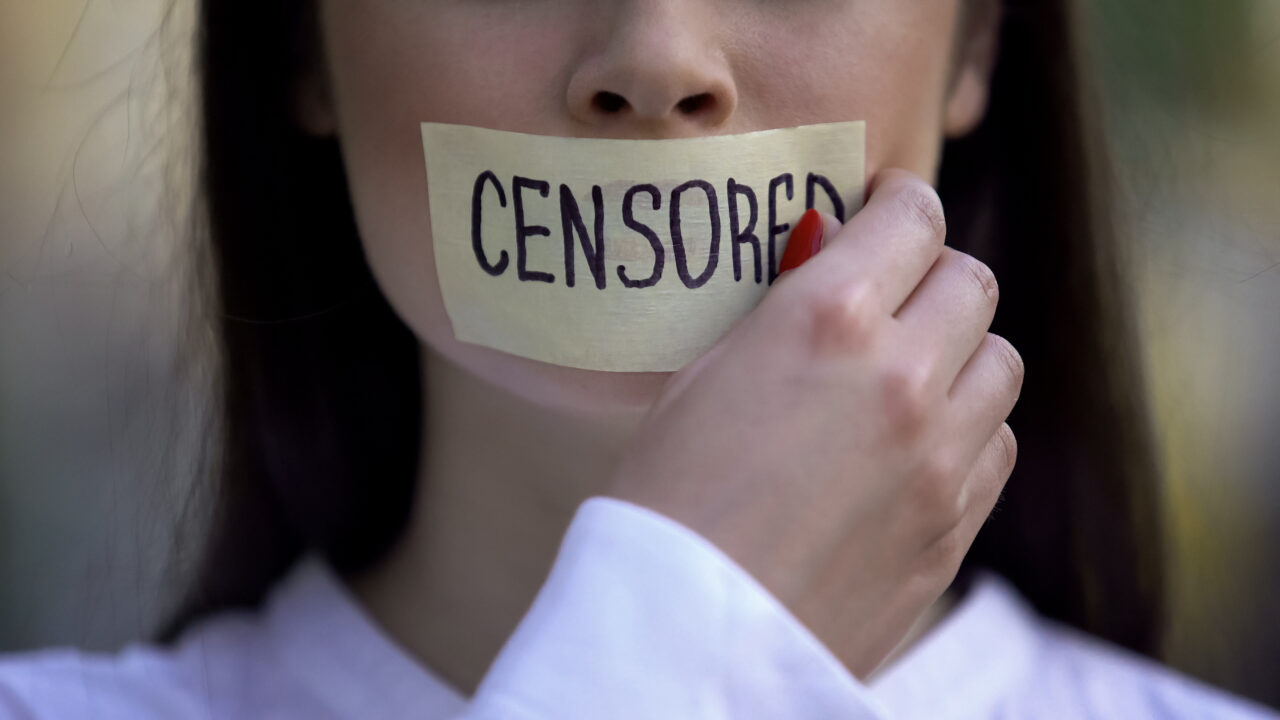 This isn’t going to be a long article because I don’t want the message to get lost in the words.

For the first time in my life, I am really and truly afraid. I am afraid to say what I believe and I’m afraid to support the causes in which I believe. There were a few times in the military and in some civilian situations where I had fleeting fear. And I’ll admit to some initial fear when you know what started in early 2020. (Isn’t that sad that you all know why I avoided a particular word? It further illustrates my point.)

But this fear is very real to me and growing because I always held Free Speech to be of paramount importance to the nature of Democracy and freedom. In fact, my outlook on Free Speech even caused me some career issues during my 38 years in the military. So why am I so afraid? Let’s just look at some recent events.

Within our government, we have the recent DHS Memo:

“Preparing for and Mitigating Foreign Influence Operations Targeting Critical Infrastructure”. Admittedly the focus is on Foreign Influence, but we see this one statement made in the publication.

“Malicious actors use influence operations, including tactics like misinformation, disinformation, and malinformation (MDM), to shape public opinion, undermine trust, amplify division, and sow discord. Foreign actors engage in these actions to bias the development of policy and undermine the security of the U.S. and our allies, disrupt markets, and foment unrest.”

The guidance is telling DHS to be on the lookout for those spreading misinformation and if you read the publication, it gives the pandemic as an example. So why should I be concerned about this? I’m not a foreign operative. But President Trump wasn’t either, yet somehow his name was connected to the Russian government. If that can be done to a sitting President, then what about little ole me? Someone in the government doesn’t like something critical that I said and then DHS looks at my social media accounts and sees something I posted that didn’t agree with the CDC on the pan dem ick. Then I just happened to have accepted a connection on LinkedIn from a Russian aircraft mechanic looking for work. See why I’m afraid?

I have expressed some relatively mild personal opinions before and had people threaten to try to get me recalled to active duty for Courts-Martial, or if I had DoD contracts, they would try to get them canceled. Honestly, the DoD would have laughed at them unless, of course, it was someone on Capitol Hill. Again, see why I’m afraid?

Look at what’s happening in Canada. People just want to talk to their Prime Minister about freedom of choice over their bodies and health. And yet he invokes an emergency powers law and freezes people’s bank accounts. Not only that, but he also freezes the bank accounts of the people who are helping them. Can you honestly say that the same couldn’t happen here in the U.S.? See why I’m afraid?

Look at the overall events on Capitol Hill during and following the last inauguration and tell me that everything was above board, and everyone was truthful about what happened. How far are we from an Ottawa event? Why are tensions so high? But if you talk about it in a critical stance towards the government, what will happen? Will you get a visit from the FBI for stating an opinion and exercising your right to free speech? Please tell me that I have nothing to fear.

We appear to have a group of politicians on Capitol Hill who are only interested in serving themselves and their Party and are no longer interested in the will of the people, except when the polls indicate that they may lose their power. They are no longer civil servants but are self-servants. Of course, many of them were never civil servants in the first place. And they seem adept at using their power and the media to continue doing whatever they want, no matter how illegal it is.

So, my fear is that if I say the wrong thing then I may find my Social Security and Military Retirement payments halted and my 401K frozen. And by the time I could fight it in court, I will have lost everything.

So yeah, for the first time in my life I am truly afraid to exercise my right to Free Speech and I’m afraid for our country. And I’m really wondering what advice our Founding Fathers would give to us right now? I have a good idea but I’m afraid to say it.