HomeNationAre We Fiddling While America Burns? 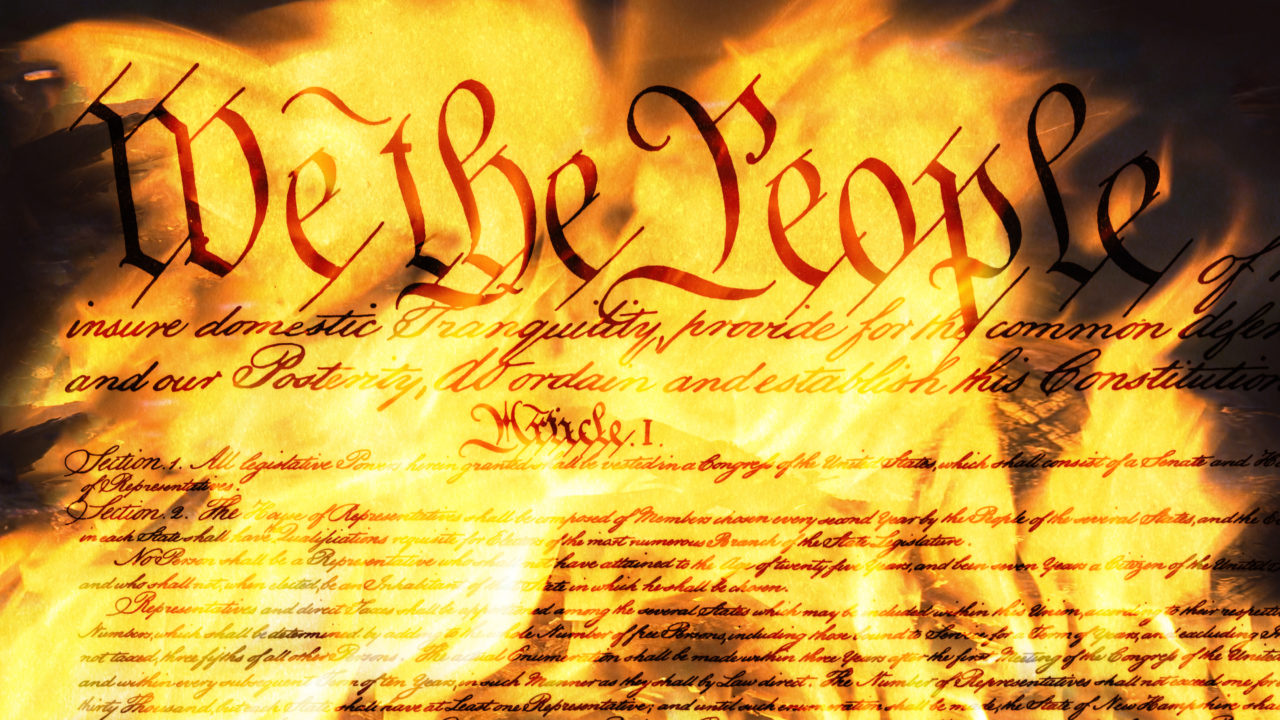 In ancient Rome, when times were tough and the plebes were restless the rulers would often resort to two time-proven techniques to hold on to power: bribery and distraction. By meeting the basic needs of the people by bribing them with money or food, and distracting them with the entertainment of various sorts of spectacles, the rulers of Rome ensured the loyalty, or at least the passivity, of the people.

Of course, providing bread (panem) and spectacle games (circuses) did nothing to address the underlying issues inherent in Roman society, and in fact exacerbated them by diverting time, money, and effort that might have been better spent actually fixing problems instead of ignoring them. For a number of reasons, including the politics of bread and circuses, the Roman Empire, one of the greatest of its or any time, eventually fell apart under its own weight.

Many people like to draw parallels between the Roman Empire and modern-day America. While these comparisons are often trite and over-simplified, modern comparisons to the “bread and circuses” tactics of ancient Rome warrant closer examination. This is because there are direct parallels between the “then” of ancient Rome and the “now” of American society.

Social “entitlement” programs in modern America are a direct parallel to the bread and money handouts of ancient Rome. Originally envisioned as a means to protect those not capable of working and to provide a temporary “safety net” for able-bodied, welfare and related programs in modern America instead have become a snare that is useful only in ensuring a steady stream of generations of voters utterly dependent upon government handouts for their survival. With so many people on the public dole, and with many of the trappings of the middle class given to them for nothing, there is no real financial or social incentive for the poor to put in the work required to actually move into the middle class. Over time, politicians compete to see who can provide the greatest excesses from the public coffers to the most people possible, in order to ensure those politicians remain in power. And we all know what happens to a democracy soon after it reaches this point.

Circuses are alive and well in America too, although they now take a slightly different form. Games of blood and combat that entertained the masses in ancient Rome have been replaced with sporting events, multimedia recreational entertainment, and “reality” television. These and other imagined “first world problems” distract from issues that really matter. America is so focused on YouTube, Jersey Shore, and Dancing With the Stars that weighty domestic and international issues are seldom followed.  But after all, why be informed when you can simply be entertained?

Another effective type of circus is warfare. Then, as now, a nation at war and an army busy campaigning outside one’s own borders was an effective way to try to unite the country, keep the military occupied, and to ensure the people focused on external problems instead of internal ones. This invented “crisis” in Syria is a highly effective way of keeping citizens’ attention focused externally against a sinister and distant foe, and not on problems at home such as a weak economy, unemployment, an astronomical public debt, and a government shutdown. And with so few U.S. citizens actually bearing the physical and mental costs of combat, why not have a decade-long war or two to keep the peoples’ attention?

And then, of course, there is the political circus. Solemn legislative responsibility and proceedings have now become high drama, tailor-made for the TV cameras. The latest government shutdown (something like the 17th our country has had) is Exhibit A. We have wandered far from the idea of a government that is “of, by, and for” the people and have walked into a morass of professional politicians who are more worried about personal enrichment and aggrandizement than protecting our country as a whole and empowering. There are a few specific powers, rights, and allowances directly given to the federal and state Governments – the rest are reserved for the people by the Constitution and Articles of Confederation. We as a nation seem to have forgotten that.

These days, many of the state and individual rights and privileges have been usurped by the federal branch and will never return to the states or the people. These are losses of rights that many citizens have no idea belonged to them in the first place since they do not know their own country’s history and political makeup. For example, they still believe we live in a democracy when in fact we live in a constitutional republic –a  representative form of government, not a direct form of government– where the people elect their representatives but then allow them to fester in office because they do not know they should be changing them as they change out of an old suit when it gets dirty.

So, no exemptions. NONE. Let the people and their elected representatives suffer for the faults created by those selfsame representatives who are not taking the needs of their constituents into account, nor the needs and wants of the nation as a whole. Our next few sets of elections need the people to choose more wisely, although convincing the Electoral College to follow their lead might be a bit more chancy than ever, as those in the Electoral College bend to the whims of the entrenched political powers.

Times are hard in America. We, the plebs, are restless. Our country is literally and figuratively falling apart. Failing infrastructure. Social fissures. Economic instability. And on top of it all, a political elite so entrenched and so estranged from America that they cannot be entrusted to handle the peoples’ business, as clearly illustrated by this current shutdown. So what does our government offer us?  Solutions? A better tomorrow? Hope and Change? No—they give us bread and circuses, different in form but no different in substance from what the Romans offered their subjects thousands of years ago. Government handouts keep the masses pacified and cooperative while pushing the responsibility for solving the underlying issues further down the road and pushing the country deeper into debt. Circuses generated by the media and the government keep the people distracted and entertained, ensuring that they don’t ask uncomfortable questions or take collective action. All at the cost of crushing national debt, a perpetual state of war, and bubbling social unrest.

A story about ancient Rome tells how a great fire consumed large parts of the city. Nero, the dictator of Rome, was castigated for his lack of action during the crisis. By some accounts, Nero played his musical instruments while his city crashed down in flames. Nero was in charge in Rome, but in America, we the people have the power. Are we going to move past bread and circuses and find fixes for what ails our society, or are we going to fiddle while America burns?