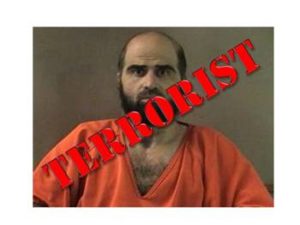 I have yet to locate information for mass shootings on a military installation prior to 1994. In 1992, Department of Defense (DoD) Directive 5210.56 was signed by Donald J. Atwood, who was deputy secretary of defense for President George H.W. Bush. The change didn’t take place until March of 1993, when President Clinton assumed office.  DoD Directive 5210.56 is what essentially ended the right for members of the Army and DoD employees to carry on an Army installation. For all the other services? Well, it’s in the Uniform Code of Military Justice. You just can’t do it.

“But Cora, if everyone is packing heat, won’t that mean much more blood and violence in our streets?” I’m so glad you asked. 1. The answer is no. Not at all. And 2. Not everyone should be allowed to carry. I’m not advocating for everyone to carry. But we’ll touch on that in a moment.

Had the victims at Fort Hood, the Navy Yard in Washington, or even across the pond in Paris been allowed to carry a weapon on their person, maybe, they could have been in the right place at the right time instead of the wrong place at the wrong time.

While I am a huge proponent for the protection and extension of our Second Amendment rights, I am not so far gone to stand atop a Macy’s float and throw guns out like the Joker threw cash in the first Batman movie (1989). However, I believe that our men and women in uniform have absolutely earned the right to be able to conceal carry and potentially protect themselves and others in cases of “workplace violence” while on a military installation. I know there are rules and laws that have to be changed in order for this to happen, but later is better than never. My husband has survived several deployments. I don’t want to lose him to “workplace violence” when he’s less than 15 miles from home.

ISIS exploited an opportunity to attempt to strike fear into the heart of the military, by threatening us at home. Let’s take this opportunity to return the favor.

Cora Kane is a horror/thriller writer who currently lives outside of Tampa, Florida with her husband and their children. Her first novel, Briar Lake,  has been picked up for publication and was released in 2015. Originally hailing from one of the small towns that surround Ft. Bragg North Carolina, Cora wanted nothing to do with the military lifestyle until her husband swept her off her feet. At a very early age, Cora fell in love with reading and soon thereafter discovered her affinity for writing. This love helped her to excel in school, except when she would get caught reading in algebra. While she can’t count very high, Cora is proud of her role as a military spouse and everything that it encompasses, including its unique challenges. Cora balances her time chasing babies, creating monsters, being an awesome wife, drinking absurd amounts of coffee and writing for The Havok Journal. Cora can be reached at corakane.author@gmail.com