HomeNationBeing a Veteran… After Being a Ranger 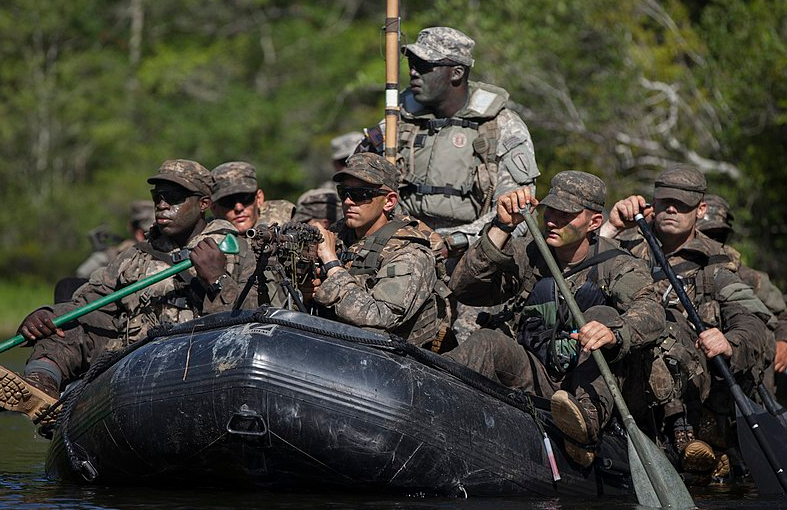 It doesn’t seem that long ago. The memory of pulling away from the brown fence that surrounded the 3rd Ranger Battalion for the final time is still as vivid in my memory like the taste of the burnt black coffee that I had for breakfast this morning. Despite it being 7 years and 2 weeks since I was honorably discharged I still recall how that particular drive home felt. Notions that I was abandoning the very men who I had sworn to look after clouded the feelings of relief and joy. In the years since that brisk October day, I have come to know a few things.

First of all, some bonds can’t be broken. Without a doubt, the most valuable thing that I possess is my Rolodex. I don’t have a best friend; I have over a hundred brothers that would, at the drop of a hat, help me with anything that I need. Likewise, every single one of those men knows that I would burn the world and everything in it if it kept them safe. You cannot buy that. The connection created by war is one that only we as veterans will ever truly comprehend.

Having volunteered to place ourselves in the most austere environments imaginable has given us a very intimate understanding of what we are capable of. We know that any hurdle, be it physical or mental is easily navigated given the proper motivation. Our shoulders are broad from bearing the burden of so many for so long. We are resourceful in the face of scarcity and steadfast in the face of vicissitude.

If you are anything like me, however, you also may have inherited a few other character traits. One of which being intolerance. I see things like two idiots dressing like the world trade centers being blown up for Halloween and I want to gut them. I want those people to feel the pain that every U.S. service member has felt standing in front of a soldier’s cross built with the boots, rifle, and helmet of their good friend. I want the person that called me a terrorist for “fighting in Bush’s war” in my political science class in college to understand what using that word means. When people talk during the national anthem I take it as a personal insult. To me, that person has a disregard for the sacrifices made on their behalf they are selfish and should be flogged in public. I could go on and on here but I think you get my point.

I believe that there is a lack of understanding among our citizens as to what the military actually does. Notions of PTSD-crazed psychopaths are affixed to the term combat veteran. Placing Iraq and Afghanistan on a resume can be more detrimental than helpful in many cases. Each person has some kind of preconceived notion of what people go through overseas based on what they have seen in movies and on the news. It is true that we fear what we don’t understand. Born from that fear employers stray away from hiring vets. Let’s take a moment to look at this objectively. I can’t speak for every veteran but here are some things that are 100% true about the men that I had the privilege of serving with.

1.) They can learn anything on the fly. When I was attending SOMC (Special Operations Medical Course) men were tasked with completing the equivalent of around 60 college credit hours in 6 months while still maintaining the highest level of physical conditioning imaginable. It still makes me laugh a little when I hear people complain about having to take 12 credit hours. Yet the person who does that for 4 years somehow jumps ahead of the veteran in the job line. As a business owner, I could care less about your degree, I want to know how quickly you can absorb and apply information.

2.) Punctuality. It is simple; if you’re not 15 minutes early then you are late. I actually got in trouble for only being 5 minutes early once. People that have never served in the military have likely never been screamed at and made to do push-ups for 15 minutes in front of their friends for being 2 minutes late for work. We understand how valuable our supervisor’s time is and do everything in our power to not waste it. This brings me to…

3.) Courtesy to superior officers. No one knows about the chain of command the way a veteran does. Even if we don’t agree with what you have to say or the task that has been given to us we will execute it without question.

4.) Loyalty. If you give a veteran a chance while giving them respect for what they have done you will likely have a lifelong ally. Understand that when there was work to be done for our nation less than ½ of 1% of the population said, I will go. These are men and women do not feel entitled, they have not asked what their country can do for them rather what they can do for their country.  This ideology does not stop when that uniform is hung up. This is an ethos that is applied to family, work, friends, and life in general.

5.) Work ethic. A veteran is someone who will shoulder more than their share of the task, whatever it may be, 100% and then some. They are not unaccustomed to 15-18 hour workdays with little pay and bad food. When a task needs to be done, it gets done. If not there is an understanding of immediate consequence.

Not a day goes by that I don’t spend time thinking about the men that I fought beside and for those that came before and after us. I think about the struggle that will be facing those young service members that are leaving the brown fence for the last time today. The integration back into civilian society will be as much of a challenge as they faced in the rigors of combat. As a society, we do not do enough for these men and women. They do not want a handout and likely wouldn’t take one if you offered it. These men and women simply want the respect that they have already more than earned. You don’t have to pay for their drink when you see them in a bar but doing so goes a long way. Leaving a note on a vehicle with a veteran license plate saying “Thank you for all you have done” lets a vet know that people may not understand but they still appreciate those sacrifices.

Veteran’s day is right around the corner and personally, I can’t wait. It is truly my favorite day of the year. It is the one day that people seem to reflect on not only what they have but who has given it to them. I get to stand around a grill with a cold beer in my hand and tell, “No shit there I was stories” with a group of people that truly understand. At my annual bar-b-q, like most places, there are always more non-veterans than veterans but we seem to be able to control the conversation. This one day a year people are able to formulate new opinions, not based on some poorly researched Hollywood movie but rather from the individuals that experienced those pieces of history first hand. That insight is invaluable for people’s understanding.

I do not ascribe to the “I don’t want to talk about it” mentality. Frankly, it is my responsibility to talk about every aspect of my time in service so that the other 99.5% of the population can hear it from someone who isn’t an actor. This veteran’s day I implore you to do the same. Share your stories with someone who wasn’t there so they can better understand what we have been through.

If you never served and have the opportunity to listen to some of these stories take it as a privilege and a chance to have a true understanding of how it feels to be a foreigner in your own country. Take it to heart because at one point, possibly before they even knew you, that person volunteered for a position that required that they might have to kill or even die for you. Give that person the respect that they have earned.

I can’t possibly emphasize this enough: Thank you from the bottom of my heart to every single one of you that raised your hand so that my family and I may sleep safe at night.

This first appeared in The Havok Journal on March 23, 2014