Editor’s Note:  Robin Williams was universally loved by veterans, and his suicide unleashed a torrent of emotions within our community.  Some veterans were deeply saddened, and some were deeply angered by this death.

This morning, we posted a heartfelt farewell from Kerry Patton.  Not all veterans had the same reaction to the news of Williams’ death, however, as expressed by fellow veteran and Havok Journal writer Leo Jenkins in the following article.

22 veterans a day commit suicide.  That is 22 too many.  Veteran or not, if you are contemplating suicide DON’T DO IT.  There are people out there who want to, and can, help you.  Life is worth living, and death is the only truly permanent condition.

Robin Williams is a miserable coward, so is Kurt Cobain and the 22 veterans a day that take their own life. There is no grey area regarding the matter.

As the world pauses to think of all the good that Robin Williams did before taking his own life all I can think of is every good thing that he took from the world when he left it. I think back to that sticky hot August evening three years ago this week, waiting to be evicted from my apartment and counting out enough pain killers to end the torment of the world while swimming in whiskey. 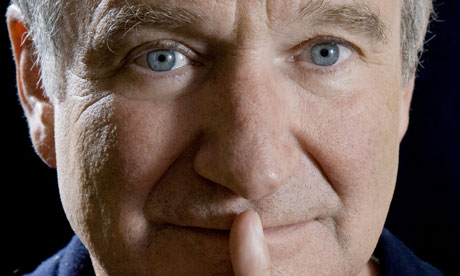 I think on the random text message from a friend sent at the very moment I was going to end it, who I hadn’t spoken with in months, thanking me for inspiring him. I think about everything I’ve done since the moment that I flushed those pills down the toilet.

Life is simultaneously a blessing and a curse. It hurts. It hurts terribly at times. That pain can become consuming. Few people on earth have as intimate of a relationship with their demons as I do. We dance and dine daily.

Every time they get a little too loud I remind myself about that one person who I haven’t met yet. I think about the kid just down the road who I may be able to help. I think about how many stones I still have to throw in life’s pond and all the ripples that will extend from their impact. Even if we never see it, those ripples inevitably touch the sand of a distant beach. Our actions echo through the collective soul of humanity.

Too many of the greatest men and women in history have been cut down, robbed of their opportunity to make their presence felt in the world. To take your one chance, your single ascendency and toss it away is not only to rob the world of your impact, it is a terrible slap in the face of every person who went down fighting for just one more breath, for one more single second in this beautiful, painful world. There is no amount of agony that justifies such a cowardly selfish act as taking your own life.