Author’s Note:  If you recently got out of the military and are looking to establish a great career in the civilian sector, Havok Journal friend and former Army Ranger Iassen Donov should be the first person for resume writing services.  If his name sounds familiar, it might be because of his contribution as an author to the book Violence of Action:  The 75th Ranger Regiment in the Global War on Terror.  Here is some information about his company from the owner himself: 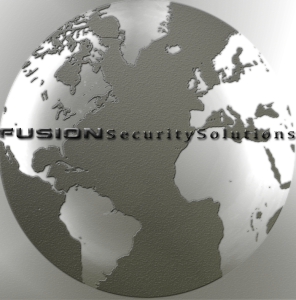 Fusion Security Solutions was originally Fusion BioSolutions, LLC.  In 2013, shortly after leaving the executive headhunting world as a way to possibly start my own recruiting firm in the biotech and pharmaceutical space. After making a move from Florida to Colorado I was hoping to do the same. Unfortunately, my non-compete contract with my employer was nationwide (as opposed to just Florida) so I had to change up my strategy slightly. I decided to take a corporate recruiting role with UnitedHealth Group in mid-2013 while riding out this 2-year non-compete contract.

Fusion Security Solutions right now is a combination entity. On one side I take recruiting contracts to try and find very specialized military contractors to take on unique roles in overseas environments (not your typical Blackwater PSD specialist type profile). On the other side was the resume writing service for transitioning veterans. Due to my full time corporate career, I did not find it feasible to continue the contractor recruiting gigs on the side so I decided to focus my time and energy on the resume side.

It was a perfect storm of experiences that makes me successful in this space!  My time with the 3rd Ranger Battalion enabled me to understand the value that veterans can add to a company (and I don’t mean this in the form of a trigger-pulling contractor jobs back to Afghanistan and Iraq.)  I am targeting those who are interested in achieving an established career in the civilian sector. The other storm was my chosen civilian career path within recruiting and talent acquisition. I started off as an executive headhunter and currently work in a senior talent acquisition role for a $4 billion a year company. I know exactly the mentality of hiring managers – what they look for, what their needs are, and basically how to communicate (read: manipulate) to them the value of a candidate I am working with. I’m not just a resume pusher.

How did it all start? I still remember my very first client, a 2/75 guy I met in a military forum who had just finished his degree but had no luck finding jobs. He sent me his resume and I remember it being pure crap. I overhauled his entire resume, worked with him on his cover letter, and worked with him on how to interview. Three weeks later he was offered a career as a sales rep for one of the globe’s top 3 pharmaceutical companies. At that moment the light clicked on and I remember thinking- “oh shit I’m pretty good at this.”  I know how to translate military experience, I know what hiring managers look for, and hell – I am a damn good word ninja. The perfect storm and thus Fusion Security Solutions came to fruition.

At first it was just civilian resumes, but then it evolved to include federal resumes for hard-chargers looking to become special agents in the government. My own federal resume was accepted by the CIA and the FBI which I subsequently began the interview process for. Unfortunately things didn’t work out in the long run, but the foot in the door portion was achieved.  I focus the same time and energy on my client’s resumes as I do my own.  My first experience with a federal resume was for a 1st Ranger Battalion squad leader. He was vetting for a posting with the ATF as a Special Agent and literally just dropped $2,000 for a federal resume through those bullshit gimmick agencies.

Believe it or not a federal resume service is always between $1k and $2k. Ridiculous! I charge our guys around $300!  So, back to the original story – the 1/75 squad leader was incredibly unhappy with their final product. He reached out to me and was desperate for a quick turnaround (within 72 hours). I busted my ass, got him the final product which he loved. Sent it up to the ATF and the regional agent he was working with said it was one of the best resumes he’s ever seen. That really boosted my ego and solidified that I’m actually really good at this. From then on, I continued providing that same service to other guys. That is one of my favorite success stories! It makes me proud to work with these warriors!

As for the biggest mistakes I see when getting a resume in is this: every single person I’ve worked with has the same theme when they send me their original resumes that they need overhauled. I call it the Rambo Resume.  These guys flood their resumes with tacticool, door kicking, lingo’d out,  information on what they did in the military. The kicker? They’re applying for a civilian job! That’s when a verbal ninja like myself has to come into play. I’d say that is the most common theme. The sad part is, they have been sending out these resumes to numerous companies before they ever end up at my door. I hate to think about the missed opportunities out there!

These guys can get in touch with me through the website address or even the Fusion Security Solutions Facebook page.  A conversation doesn’t always lead to a resume order as I always want to make sure that is what they actually need. I always assess and review for free, I coach them on best interview processes, I coach them on the mentality and demeanor they need going into a meeting with a hiring manager, etc. I do more than just write resumes. I give them the best chance of success to find a great career and transition successfully.

With all that said, it doesn’t even stop at FUSION. I currently work for a giant food manufacturing company called Leprino Foods. In recent months, after constant meetings with our leadership team; I successfully created and implemented a veteran hiring program which takes former officers and NCO’s into a leadership trainee program that lasts 6-12 months. We pay these guys like $65k as a trainee alone, and then in the $70’s when they graduate.  Point me to a place outside of contracting work where a guy can find success this quickly!

There are always the critics, and I see this often and it makes my blood boil. “Why would you charge money to these guys?!”  There are resume services for veterans out there that are free! You are taking advantage, blah blah.” A couple of points to clarify: Please find me a free federal resume writing service – they don’t exist. Two: The only free services are offered by inexperienced transition counselors at a military base who have zero experience with the civilian world. Those are the guys who went to ACAP after 20 years and got too scared to leave so they begged for a job on the spot. Yes, we all know who these civilians are on base. Finally, I’m a professional. I don’t just make resumes. I help people find jobs. There is a difference. It’s just like tattooing, you don’t go where it’s cheapest right? You go where you find the best results.