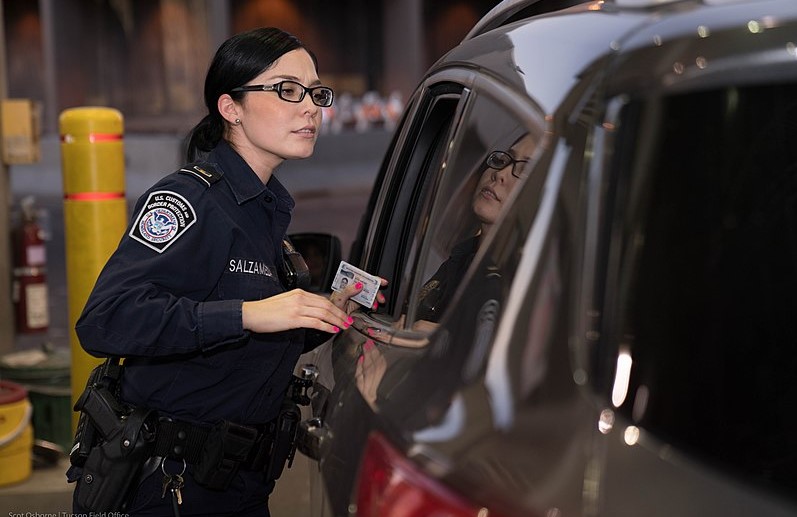 This first appeared in Frank’s blog on December 23, 2022, and is republished here with the author’s permission.

Currently, there is an enormous outcry concerning the “crisis” at the southern border of the United States. The impression given to us by the politicians and the media is that migrants are streaming into the U.S. unchecked. We are told repeatedly that the situation on the border, especially near El Paso, is out of control.

It probably is. But then this is nothing new. U.S. immigration policy has been out of control for decades.

Back in 2018, I took a 40-hour class on immigration law with the Illinois Coalition for Immigrant and Refugee Rights. Immigration law is a Byzantine monstrosity, with more exceptions to the rules than there are rules. The course I took was by necessity only an overview of a complex and confusing set of statutes and regulations. I attended the class in order to better assist migrants who were trying to get green cards or American citizenship. Somehow, I passed the final exam with flying colors. However, by the end of the 40 hours, I only learned two things: first, that I know next to nothing about immigration law, and second, that I dare not screw up when giving people guidance. When in doubt, I learned to tell people, “Get a lawyer.”

U.S. immigration law has not been overhauled since the 1950s. Since then, adjustments have been made to the statutes until our national immigration policy has become a patchwork of rules and regulations that seem to have no overriding values or goals. It is a system that defies logic and understanding.

I found out how our immigration policy functions in real life. In October 2019, I went to the southern border with a group of people from the Milwaukee area. We attended a five-day immersion program (Border Awareness Experience) offered by Annunciation House, a Catholic organization in El Paso that serves migrants, legal or otherwise. We visited with people on both sides of the wall. We had meetings with the U.S. Border Patrol and with representatives of the Mexican government. The program was emotionally intense.

I could see that the situation at the southern border was out of control back in 2019. Nearly everybody we met told us that the policy on the border was confusing and unjust. The chaos in El Paso did not start with Biden. This hot mess is very much bipartisan, and it has been going on for years.

So, why are things so screwed up, and why can’t we fix them?

Economically, we have always needed immigrants to do our dirty work. We have always needed immigrants to fill the jobs that our own citizens refuse to do. That is currently the situation in the United States. The job market is extremely tight. Jobs go begging, although several million working-age American men and women sit at home. To fill the plethora of openings in the workplace, we need these people who are crossing our border. Our economy requires immigrant labor. It would be nice if we could organize a rational system to get them here.

During the recent election, there were many ads on TV concerning the flow of drugs crossing the border. The ads seemed to conflate the flow of migrants with the flow of fentanyl. There was a demand that we secure the border. When I was in El Paso, I asked members of the Border Patrol how much of the drug traffic they were stopping. They replied, “We don’t know.” They had no idea how effective their interdiction efforts were. That amazed me.

It is unlikely that any amount of money and manpower will ever make the southern border completely secure. The War on Drugs is an absolute failure. Why is that so? It’s all about supply and demand. The work of the international drug cartels is capitalism in its purest form. As long as there is a market for drugs in the U.S., there will be fentanyl and cocaine flowing into this country. Once again, this is about economics, as well as national security.

We, as Americans, have usually supported the idea of the free flow of goods, money, and information across our borders. We draw the line at the free flow of human beings. We don’t want the riffraff coming in. We don’t want migrants from those “shithole” countries. I suspect that most citizens of the United States have ancestors who fled from shithole countries. I know that mine did. People will keep coming across our borders from those places. If we can’t stop drugs, we can’t stop migrants.

Perhaps the most recent and egregious example of this strange attitude is the way we are treating Afghan refugees. I have spent over a year trying to befriend and help an Afghan family. The adults in the family worked closely with the Americans until the fall of Kabul. Then they fled, along with thousands of others, to Pakistan. This family never got into the United States. They eventually ended up in Portugal, which is a miracle of sorts. Most of their fellow refugees still languish in Pakistan. The U.S. government has made it nearly impossible for our Afghan allies to get admitted into our country. These are people who trusted us, who believed in America. We used these people who thought we were their friends, and now we ignore them.

We need a complete revision of our immigration laws. I am afraid that won’t happen until we take a hard look at who we are as Americans and what we really value.