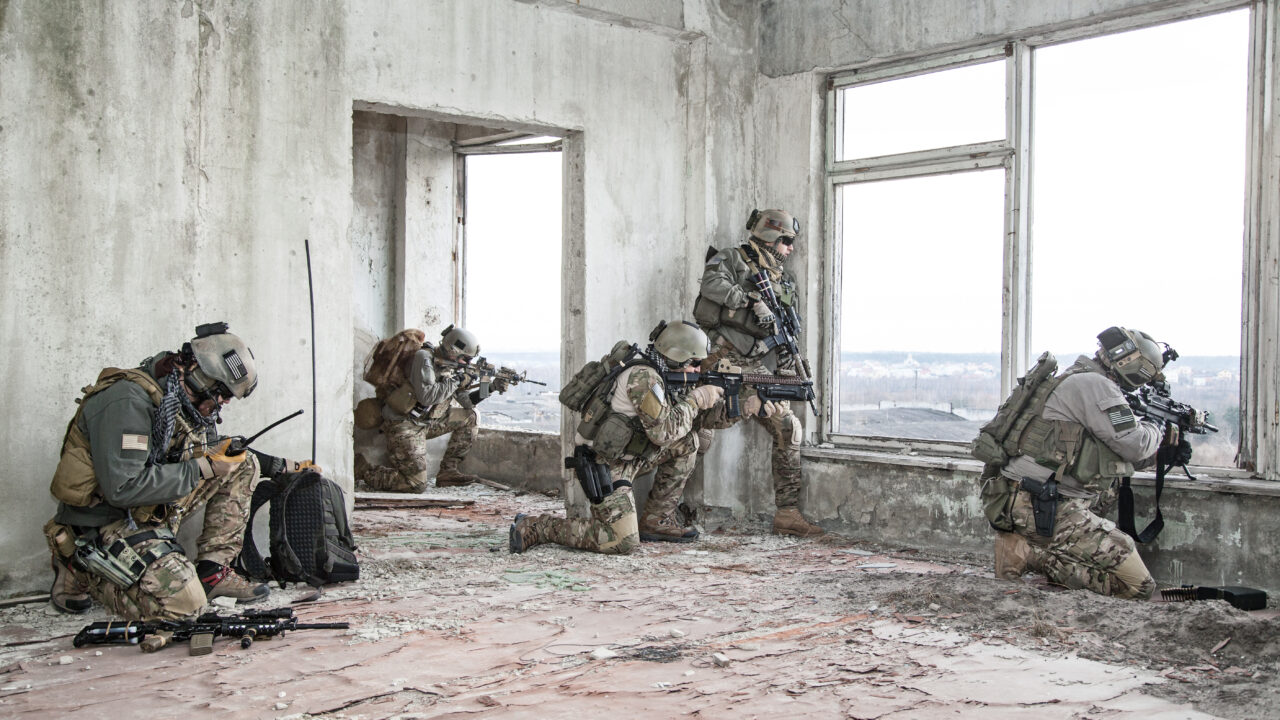 My phone rang. It was my boss, explaining that he and his wife decided to let me go. I had worked at the furniture store for two weeks. It was not my ideal job, but it was a job and I was so thankful that this small company had decided to take a chance on me. It was the first company to hire me after being out of work for nearly eight months.

The emotion this experience evoked was a myriad of anger, frustration, and bewilderment. I feel like a gypsy at times. I have lived out of a bag or a suitcase for the last decade. For some, it feels like a carefree kind of life; but with a 2-½-year-old son, it is not the ideal lifestyle.

From 2003 to 2010 I deployed ten times, five with the 75th Ranger Regiment, and five as a contractor for the State Department and Air Force. I have deployed to Iraq, Afghanistan, and Pakistan. I came home expecting to deploy again for my eleventh deployment, but lost my job for being honest, and went through a divorce. I literally lost everything overnight. I went from making $120,000 a year to nothing, and I was stuck in a new state where I didn’t know anyone. I was out of my element, but I figured I’d make the best of my situation instead of dwelling on what should be.

When I found out I was having a kid, I cried. These weren’t happy tears. These were scared tears. When I was married, I didn’t want to bring a kid into this world for I knew what this world was like. Now, here I was having a child with a girl I dated for a month, with no job. I was desperate to find anything. I found a job as a dishwasher, but I had no license, no insurance. I was not going to let that keep me from working and attempting to provide for my son.

When my employers read my past work experience, it stood out from other applications they viewed. I was an anomaly. I did not boast to people about my past, it was something I had tried to forget, but it seemed that when they found out what I have done, the questions usually followed after. I had to find out through trial and error that keeping my mouth shut is usually the best course of action.

Have you killed anyone? How many people have you killed? I used to reply, I have killed more people than cancer, but this response usually backfires. This was not meant as a braggadocios statement. This is a fact. I have the unfortunate circumstance to have been within feet of everyone I have killed. I wish it wasn’t the case, but it is. I have literally seen the hate in the eyes of our enemies and I felt I needed to share that with people. These people really do hate us. My intent is to bring the sheep out of their pen. I wanted to not only answer their questions but give them insight from a man that lived it.

However, I am ostracized, and discriminated against. I am always let go or fired for reasons that baffle me, but when I reflect it always is the same. I opened my damn mouth.  If you don’t want me to tell, then you shouldn’t ask.

So, at this last job, my employers knew the type of employee they were getting. “How many deployments have you been on John?” I should have shot back, sir that has nothing to do with my scope of work, but instead, I was honest and said ten. I was then faced with disbelief and shock. I can only imagine what these employers think when they hear that. This guy must be crazy. It doesn’t help when I am asked about other topics. I always tend to speak my mind, and it always costs me in the long run. I wish life for me could be a little easier at times, but it’s not. It is life.  I wish I had a disability check from the VA, but I have waited nearly three years on that only to give up hope. I wish I had a stable job where my experiences were more of an attribute than a liability. For a year I raised a son off of a housing allowance from school. Some nights we would sleep in a car, and I would go without food to feed him and make sure he had the best of everything. I think I deserve to live in peace for the rest of my life and raise my son and teach him about life and the world. I am exhausted. I am tired. I never expected to fight for my life when I came home.

I have been home for 3 ½ years now and I have had to survive day to day not knowing where my next roof or meal may come from. I have not had time to focus on my issues or take care of myself. I have a son; my biggest fear was how do I show this little guy some love, sympathy, or empathy? These are emotions, which I do not let myself feel. Killing people did not bring me joy, I am a Christian so I despise it, but it seemed to be the only thing I was good at doing. Now, I have to adapt to the 99.99% back home that never deployed and hold the keys to employment, VA benefits, etc. I think its utter bullshit, but it’s a game I have accepted defeat in. 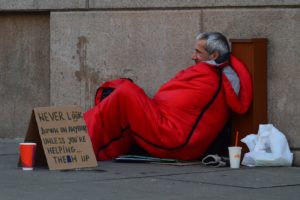 I have been homeless twice and eaten out of a garbage can. I’ve slept in a rest area, slept in my car, and moved from place to place trying to find a job. I am able to have my government spend millions on my training, but when I come home, that’s it. I am on my own. I am sitting in Starbucks in Greenville writing this while looking at all these kids. They have no idea. I hope they appreciate what they have because I sure do.

All of this sounds like I may have an axe to grind, but I don’t. I am actually very grateful for this experience. I think it has molded me into iron. I have done things and accomplished so much over a short amount of time. I have seen places and things people can only dream to see. My goal is this: Overcome all of this without letting it get to me. At the end of the day, I have a son to raise and I will never fail him. One day, when everything has settled down and we are sitting on the couch in our own home, he will realize what love is.

I have just come to learn that employers should not ask certain vets certain questions, and veterans should not say a damn thing about their experiences. Trust is earned. All an employer needs to know is that as a veteran, I am loyal, and will do whatever the task is – 100 percent and then some. That is it. As an employer, don’t tell people I was a Ranger with ten deployments so you can show them you support the troops. Your customers do not need to know that. Don’t hire a vet and then hang American flags outside your store and then fire him. Also, don’t fire the veteran over someone who openly abuses drugs. That makes a veteran angry and bitter. If you can’t afford payroll then say so, but don’t tell the veteran it is because he has demons that you as an employer do not know how to deal with. The only reason you know that veteran has demons is because you asked.

For the last three years, I have tried to find work that did not involve guns or body armor. I would rather have my hands hold a hammer rather than be grasp the plastic grip of an M-4 or a Glock. Sadly, I have come full circle and start a job as a low profile security team member where I have to wear a plate carrier and carry a gun. It is sad when the warrior who seeks peace seems destined to die at war, but that is the true state of affairs as a warrior. We can try and run from whom we are but our past always catches up with us. I wish I was born to do something else, but I was not. I look forward to tomorrow and having my son. That is all that matters. Just be careful whom you are honest with, some people do not deserve to know people of your caliber.

This article first appeared in The Havok Journal on September 30, 2014. “JT” deployed 10 times as a member of the 75th Ranger Regiment, and as a private military contractor. He was awarded the Bronze Star for Valor and has nearly 4 years of overseas experience.